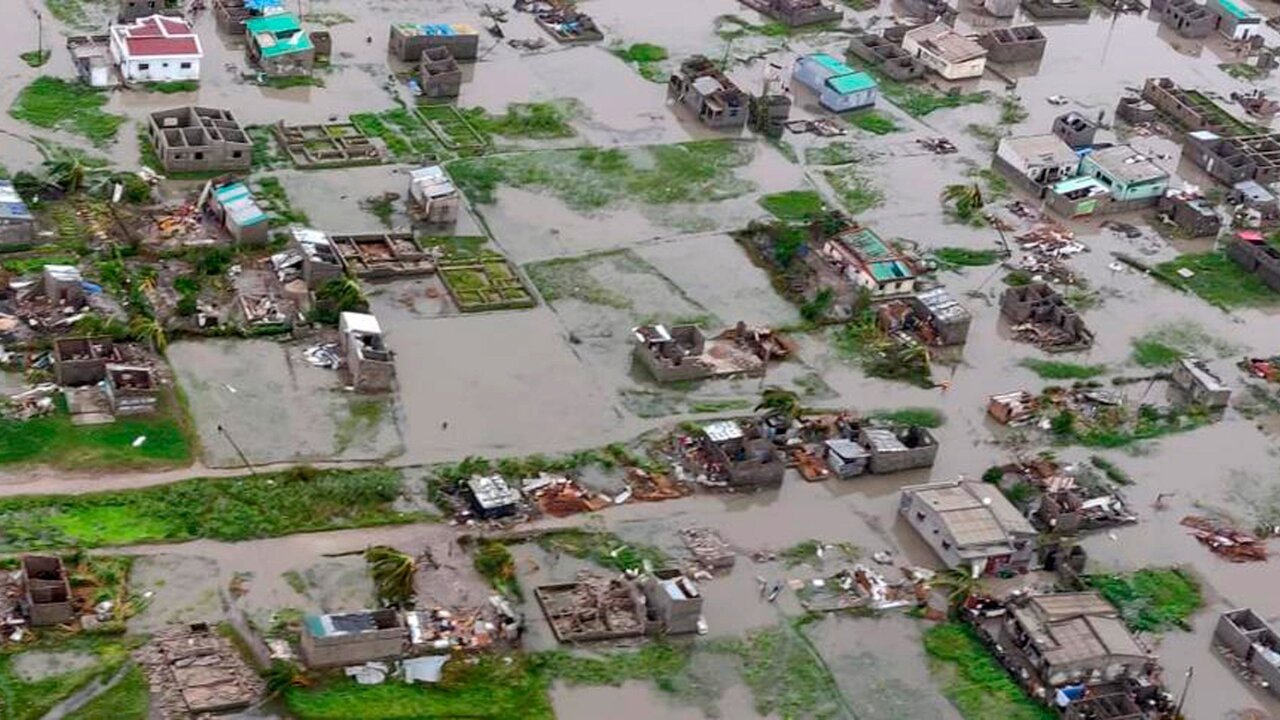 Cyclone Idai may have killed more than a thousand people in Mozambique, the country's President, Filipe Nyusi, said in an address to the nation broadcast on national radio Monday.

Nyusi was speaking after taking a flight over affected areas to view the destruction and rescue efforts.

He called the situation a "real humanitarian disaster of large proportions."

"Waters from the rivers Pungue and Buzi have broken their banks, wiping out entire villages, isolating communities and we could see, as we flew above, bodies floating," the Mozambican President said.

Cyclone Idai made landfall near Beira in Mozambique around midnight Thursday and moved through neighboring Zimbabwe and parts of Malawi.

Initial assessments in Zimbabwe, Malawi, and Mozambique suggested that more than 150 people have been killed in those three countries, the International Federation of Red Cross and Red Crescent Societies (IFRC) said Monday. But the humanitarian organization warned that the death toll could rise sharply.

The cyclone has caused "massive and horrifying" damage in Beira -- a coastal city in central Mozambique which has been cut off from the rest of the country -- the IFRC said in a statement.

"The situation is terrible. The scale of devastation is enormous," said Jamie LeSueur, who is leading IFRC's assessment team in the city.

"Almost everything is destroyed. Communication lines have been completely cut, and roads have been destroyed. Some affected communities are not accessible," LeSueur, who is heading the organization's investigations into the damage, said in a statement.

"The number of Zimbabweans that we have lost at the present count is 89," government spokesman Nick Mangwana told reporters at a briefing on Monday, adding that engineers were working to get medication and food supplies to those affected.

Zimbabwe's President Emmerson Mnangagwa has made a disaster declaration for affected areas, the country's Ministry of Information said.

Many are still missing in the wake of the cyclone, which triggered floods and rains sweeping away hundreds of homes in the eastern and western parts of Zimbabwe, authorities there said.

On Monday, the information ministry shared pictures of some pupils who had been rescued from a boarding school in Chimanimani District, one of the worst-affected areas in the east of the country. Bridges were swept away, and power and communication lines in the area have been cut off.

The cyclone comes a week after severe flooding -- associated with the same storm system that later became Cyclone Idai -- affected 1.5 million people in Mozambique and Malawi, killing at least 120 people in both countries , UN officials said.