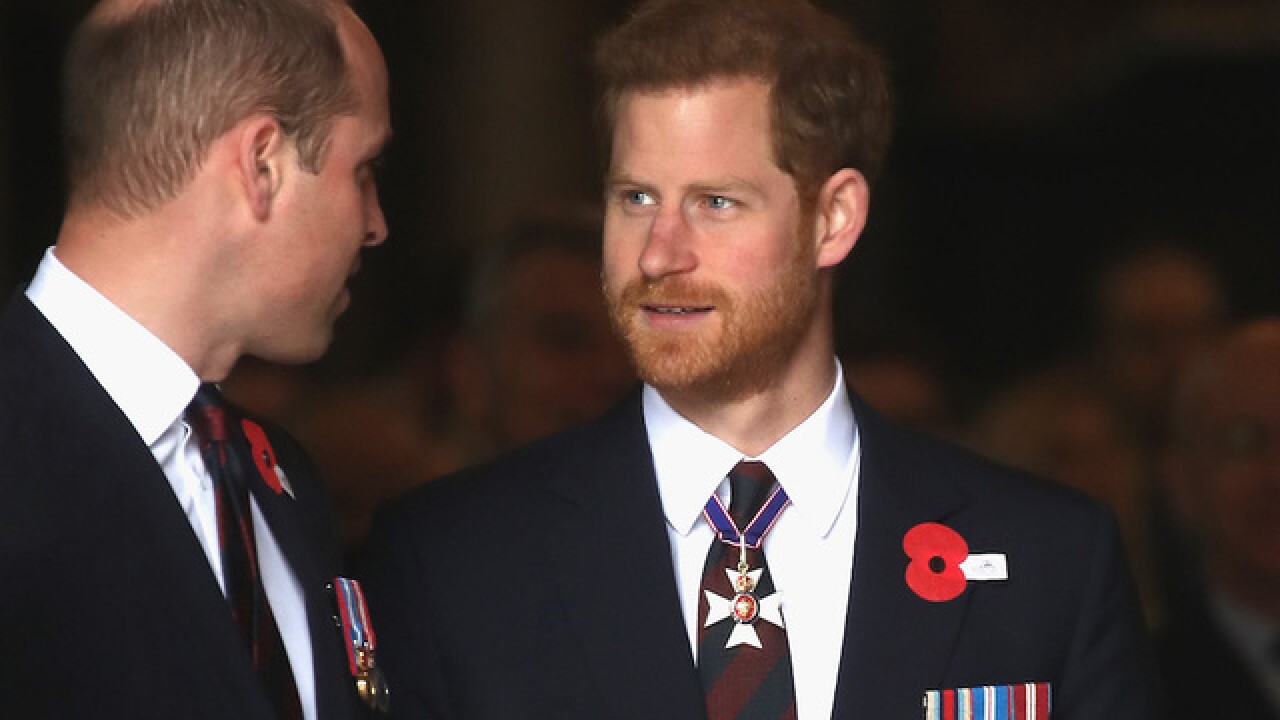 Copyright Getty Images
Chris Jackson
<p>LONDON, ENGLAND - APRIL 25: Prince William, Duke of Cambridge and Prince Harry depart after attending an Anzac Day Service of Commemoration and Thanksgiving at Westminster Abbey on April 25, 2018 in London, England. Anzac Day commemorates Australian and New Zealand casualties and veterans of conflicts and marks the anniversary of the landings in the Dardanelles on April 25, 1915 that would signal the start of the Gallipoli Campaign during the First World War. (Photo by Chris Jackson/Getty Images)</p>

Prince Harry has asked his older brother Prince William, the Duke of Cambridge, to be his best man at his wedding to Meghan Markle next month, Kensington Palace announced Thursday.

The Palace said that Prince William is "honoured to have been asked, and is very much looking forward to supporting his brother at St George's Chapel, Windsor on May 19th."

Harry served as best man to William at his wedding to Kate Middleton in 2011 and it was widely expected that the Duke would play the same role for his younger sibling this year. But speaking about the upcoming nuptials in January, William joked that his brother had not asked him yet.

A number of other details about the day have already been revealed, including the route of the procession, the flowers and the photographer.

Earlier this week, Kensington Palace announced that 19-year-old cellist Sheku Kanneh-Mason, the first black musician to win the prestigious BBC Young Musician of the Year award, would be performing at the ceremony alongside Karen Gibson and the Kingdom Choir, considered one of the top ensembles in the country.