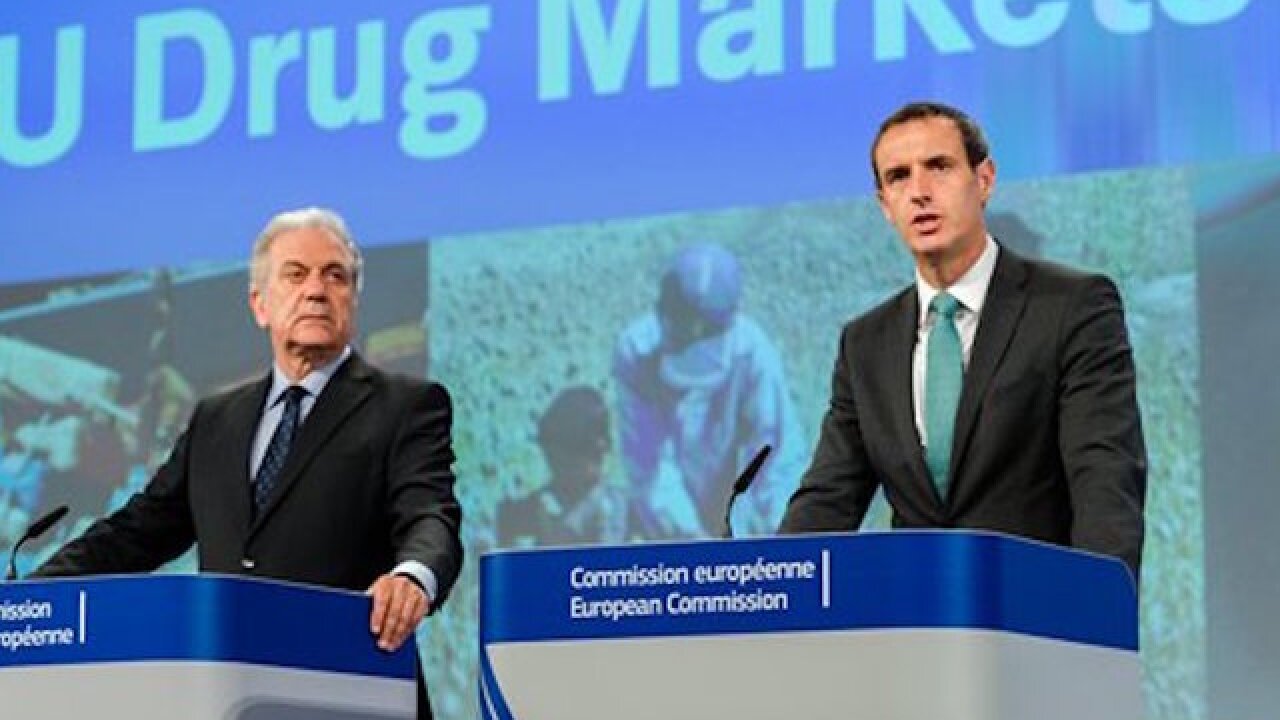 BRUSSELS (AP) — The European Union is broadening its battle with Google, alleging that the technology giant rigs the global market for mobile apps by making its Android operating system give preferential treatment to its own products.

The Android operating system is designed to feature Google's search engine, maps, Gmail, YouTube video service and other products that give the company more opportunities to sell digital ads. Device makers don't have to use Android as Google sets it up, but European regulators are looking into complaints that the company penalizes those that deviate from Google's favored design.

Vestager kicked off what is likely to be a protracted legal battle with a so-called Statement of Objections accusing Google it uses its high market share to force its apps on customers. Vestager said Wednesday's move in no way prejudges the outcome of its investigation.

"It is an interim step and not the end of the road," said Vestager.

The 28-nation EU also has other investigations against Google, with the biggest centering on its search services.

Google strongly denied the charges and said it was looking "forward to working with the European Commission to demonstrate that Android is good for competition and good for consumers."

As an indication how big the latest issue is, four out of every five smartphones and tablets globally, and in the European market, use Android. Google has stormed the market since it began eight years ago to give away its Android software for free to manufacturers try to counter the runaway success of Apple's iPhone.

Now, Android powers billions of mobile devices, largely because it doesn't cost phone and tablet makers anything to use the software.

"Dominant companies have a responsibility not to abuse their position," said Vestager. "Google has abused its dominant position."

Google is based in Mountain View, California, and is owned by Alphabet Inc.