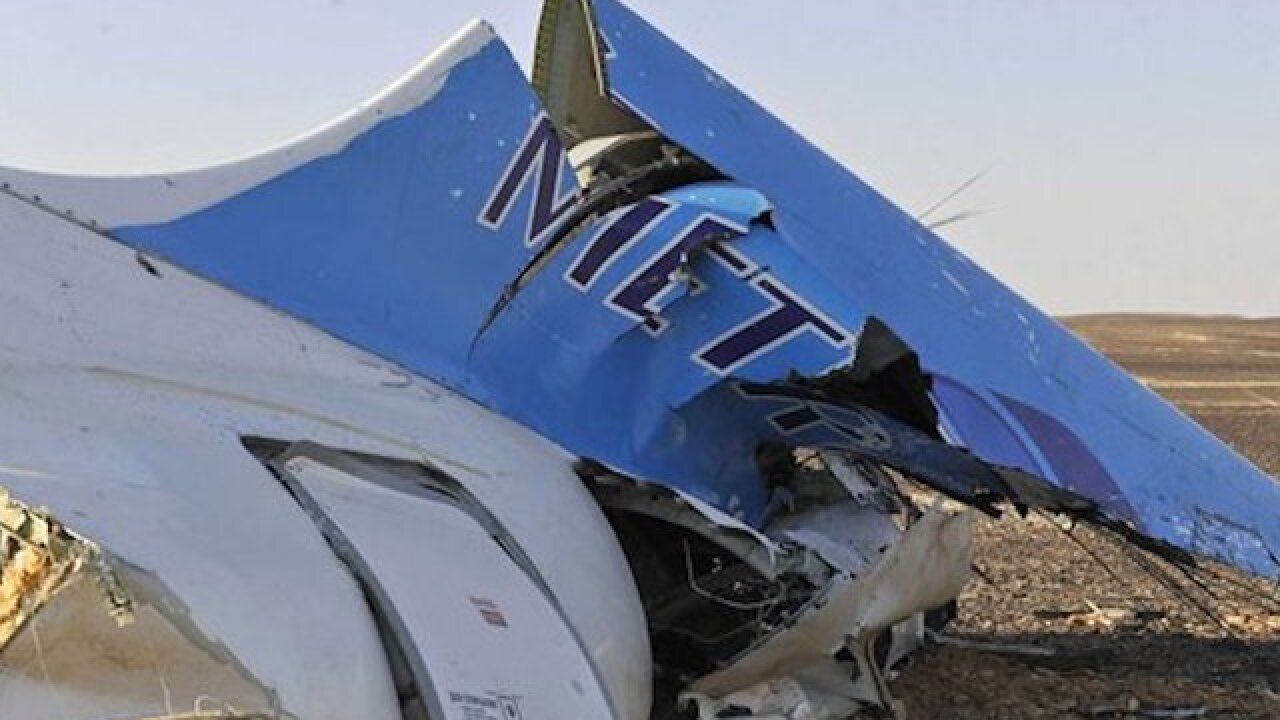 Copyright Associated Press
Suliman el-Oteify
<p>This photo released by the Prime Minister's office shows the tail of a Metrojet plane that crashed in Hassana, Egypt on Saturday, Oct. 31, 2015. The Russian aircraft carrying 224 people crashed Saturday in a remote mountainous region in the Sinai Peninsula about 20 minutes after taking off from a Red Sea resort popular with Russian tourists, the Egyptian government said. There were no survivors. (Suliman el-Oteify/Egyptian Prime Minister's Office via AP)</p>

South Sinai Governor Khaled Fouda was quoted by the state-run Al-Ahram daily on Friday as saying that hotel occupancy in the resort cities of Sharm el-Sheikh and Hurghada stands at less than 20 percent and that the cities lose nearly 2 billion Egyptian pounds (more than $250 million) each month.

Russia suspended all flights to Egypt and Britain halted flights to Sharm el-Sheikh after the Oct. 31 crash.

The Islamic State group claimed that it planted a bomb onboard and Moscow has concluded the plane was downed by an explosive. But Egypt claimed it is still investigating the cause.