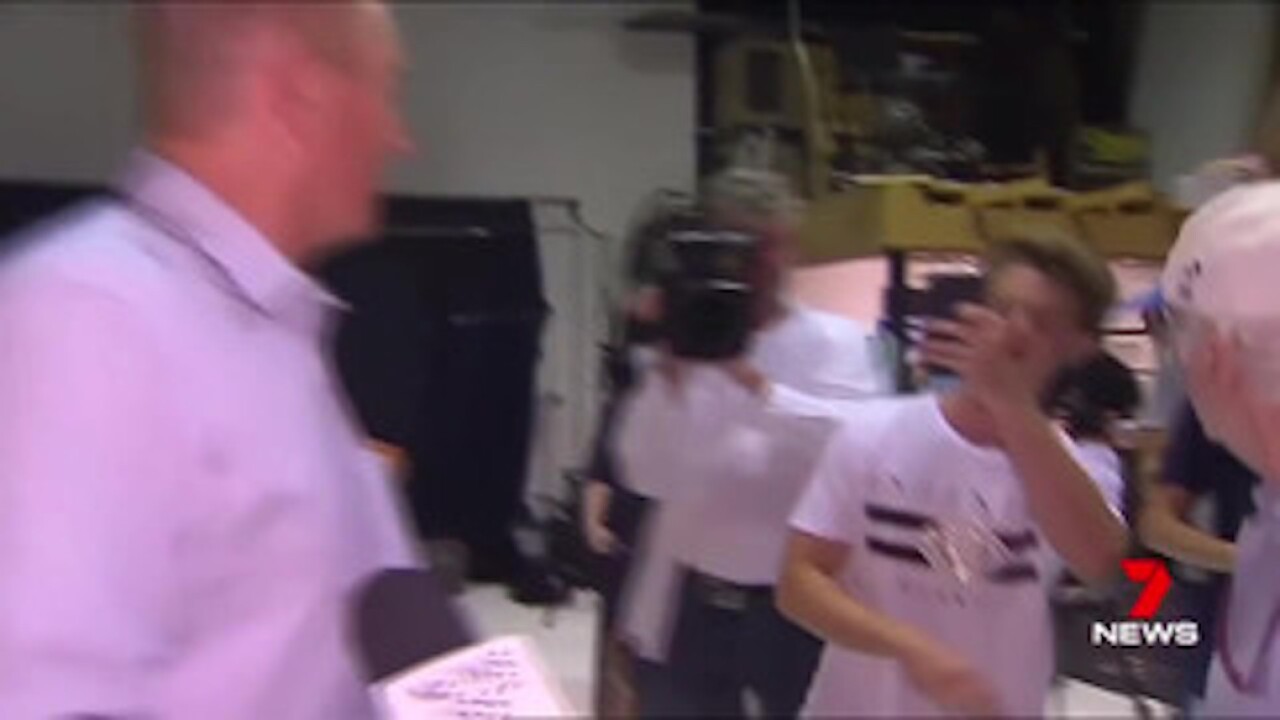 "Egg Boy," the Australian teenager who broke an egg on a politician's head in response to his controversial comments in the wake of a terror attack in New Zealand wants to help the victims. The teen says he will donate a "majority" of the funds raised for his defense online to the victims of the mass shootings in Christchurch, New Zealand.

In the hours of a terrorist attack at two mosques that left 50 people dead, Australian Sen. Fraser Anning released a statement blaming Muslims and immigration policies for the attack . Anning, a member of Australia's far-right "One Nation" party, has made similar Islamophobic statements in the past.

On Saturday, as Anning spoke to reporters, 17-year-old Will Connolly of Australia snuck up behind Anning and broke an egg on his head . Anning responded by throwing a punch at the teen.

The video quickly spread online, with Connolly's supporters quickly dubbing him "Egg Boy." The Australian Prime Minister sided with "Egg Boy," and Connolly's actions even inspired a mural in Melbourne, which went up less than a day after the egging.

Shortly after his arrested, supporters launched a GoFundMe page to pay for Connolly's legal fees. However, Connolly was released from jail without being charged.

Despite the lack of charges, the GoFundMe page in support of Egg Boy continued to spread. Eventually, the goal was raised to $50,000 — a goal that was met in 14 hours.

Eventually, the unidentified GoFundMe user who launched the page was able to get in touch with Connolly (offering screen caps of Facebook messages as proof), who suggested the funds go to the victims of the Christchurch shooting.

The specifics behind the donation are currently unclear. Currently, the page only says that Connolly "plans to send a majority of the money to the victims of the Christchurch terrorist attack," though it does promise updates "over the next few days."