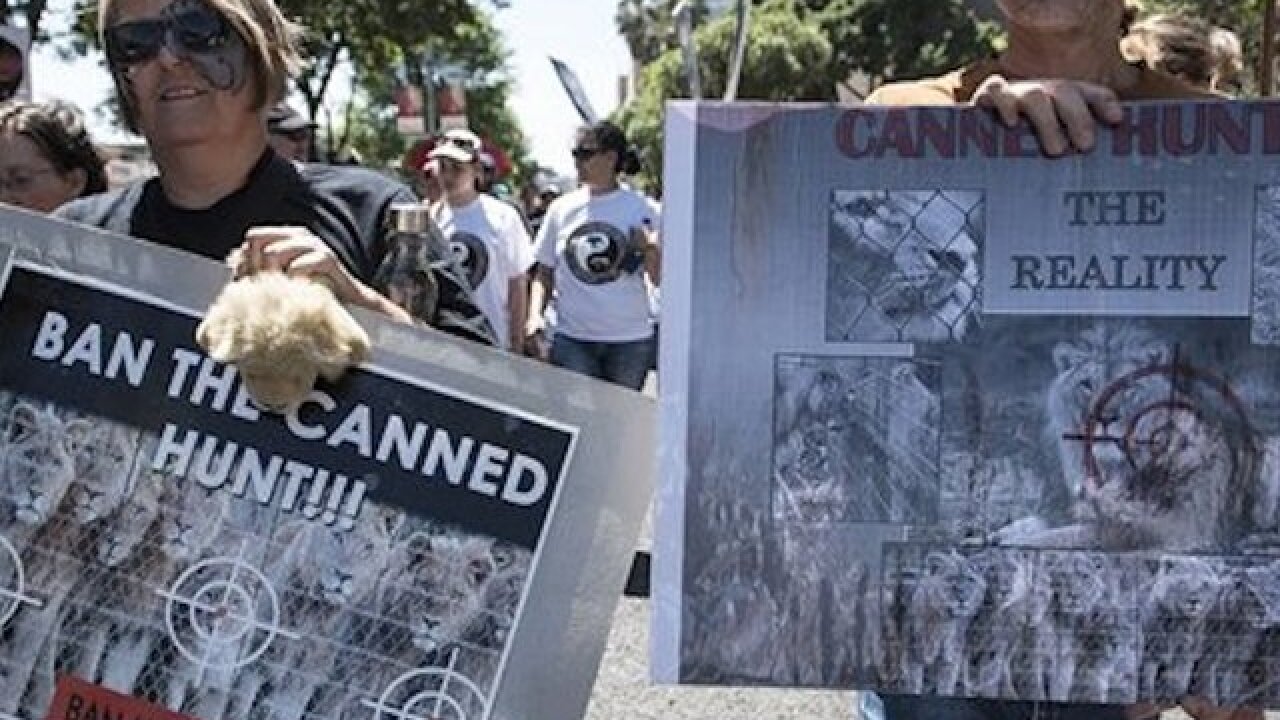 JOHANNESBURG (AP) — A pledge by Hong Kong to ban its ivory trade has been welcomed by conservationists who describe it as a key step toward curbing the slaughter of African elephants.

Hong Kong's leader, Chief Executive Leung Chun-ying, said in Hong Kong on Wednesday that the semiautonomous Chinese city will take steps to implement a total ban on the sale of ivory because of concern about poaching that has sharply reduced elephant populations in many parts of Africa.

Hong Kong will take legislative measures as soon as possible to ban the import and export of elephant hunting trophies and explore other legislation as part of its effort to phase out the local ivory trade, Leung said.

Moves to ban the trade by the government in Hong Kong, a major conduit for ivory bound for mainland China, would dovetail with similar pledges by Beijing. Hong Kong's Basic Law, a kind of mini-constitution, grants the city a high degree of control over its own affairs.

In a statement, Peter Knights, executive director of San Francisco-based WildAid, congratulated Hong Kong for what he called "this historic step."

The World Wide Fund for Nature also welcomed the pledge, urging the government to quickly develop a clear timetable for implementation.

China is the world's largest market for illegal ivory, which has been thriving under the cover of legal ivory sales. In September, U.S. President Barack Obama and President Xi Jinping of China agreed to implement nearly complete bans on the ivory trade.

In December, Save the Elephants, a conservation group, announced new research showing the price of illegal raw ivory in China had dropped by almost half in the previous 18 months. It attributed the drop to Chinese moves to end the trade, growing awareness in China about the link between buying ivory and the slaughter of elephants, and the Chinese economic slowdown.