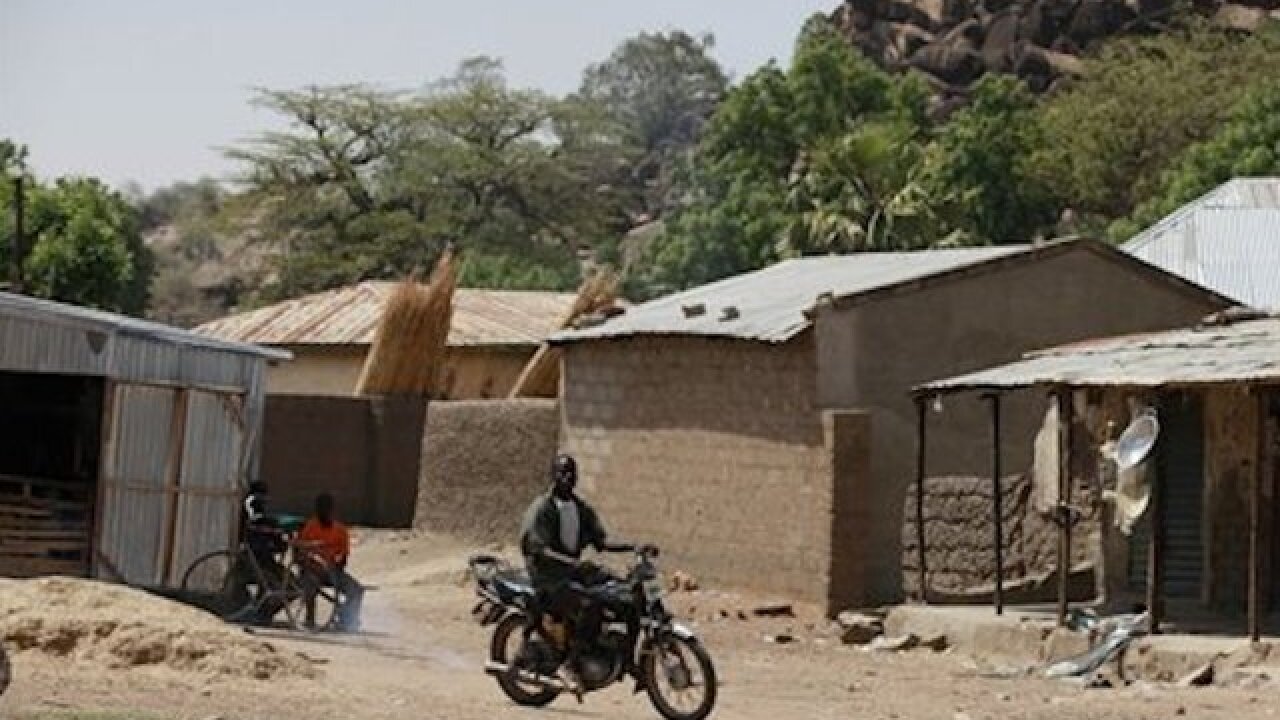 Copyright Associated Press
Sunday Alamba
<p>In this Monday, May 19, 2014 file photo, an unidentified man rides a motorbike past houses in Chibok, Nigeria. Multiple suicide bombings have killed a number of civilians and a soldier and the toll is expected to rise among those critically wounded in the Chibok, community leaders said Thursday Jan. 28, 2016 in the town from which Boko Haram kidnapped scores of schoolgirls almost two years ago. (AP Photo/Sunday Alamba, File)</p>

The town is now under the control of Nigerian forces after the operation led by Cameroon special forces from Feb. 11 to Feb. 14, Cameroon's communication minister Issa Tchiroma Bakary said late Monday.

Cameroon forces freed about 100 people being held by the insurgents, including Cameroonians and Nigerians, he said. Two members of Cameroon's military were killed, he said. The two, including a senior commander, were reported killed after their convoy hit a vehicle Sunday.

"The town of Goshi in Nigeria was formally identified as one of the Boko Haram posts, hosting factories for the manufacturing of bombs and mines," Bakary said. He added that the town was also used to house teenagers who are used as human bombs during suicide attacks.

The operation took place under the banner of the multinational task force, and with intelligence and operational coordination with Nigerian forces, he said.

In its six-year insurgency, Boko Haram has killed more than 20,000 people and displaced 2.5 million in the region, according to the United Nations and Amnesty International.

Attacks across Nigeria's borders increased by the extremists last year in countries such as Cameroon who are contributing to a multinational force to combat Boko Haram.