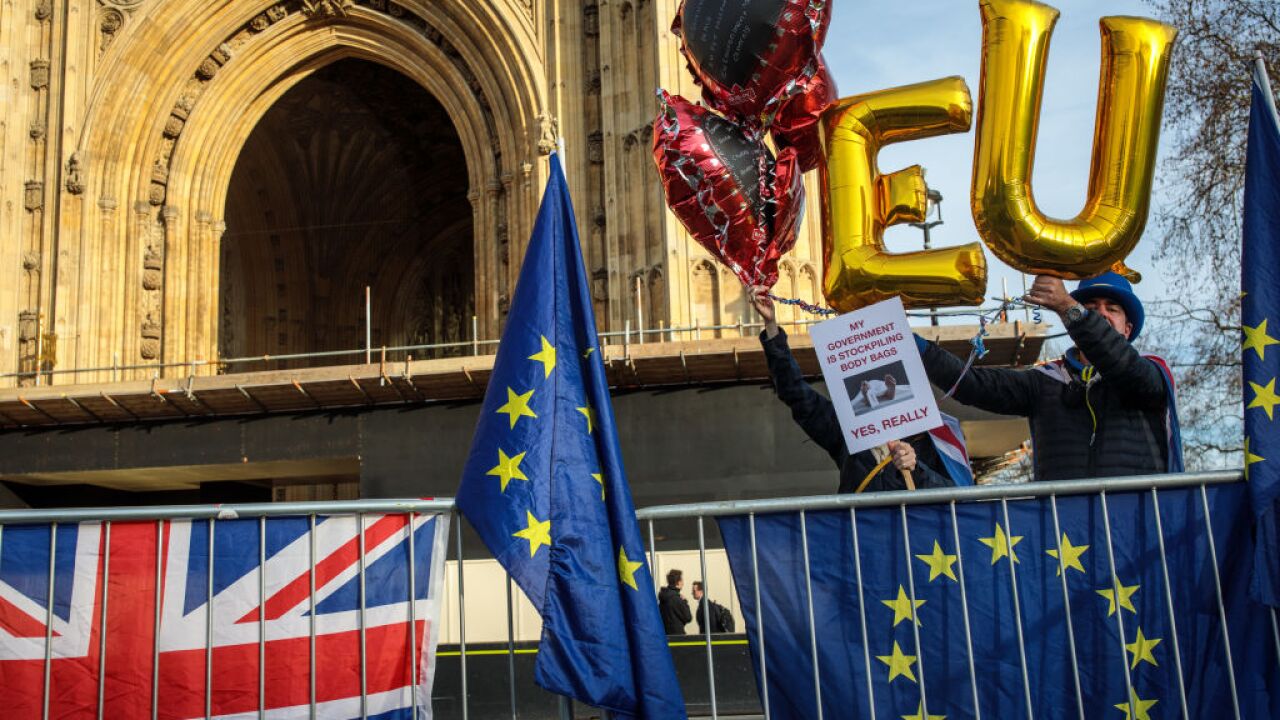 UK lawmakers have voted in favor of delaying the Brexit process, acknowledging that more time is needed to break the deadlock over Britain's departure from the EU. But they overwhelmingly rejected a call for a second referendum.

The motion, approved by 412 to 202, instructs Prime Minister Theresa May to seek an extension to Article 50, the legal process under which Britain is leaving the European Union. Any delay beyond March 29 would require unanimous approval from the remaining 27 EU member states.

The Prime Minister is now likely to seek the extension at a European Council summit in Brussels next Thursday, after putting her twice-rejected divorce deal back to the House of Commons earlier in the week.

May has warned that a longer delay to Brexit will be required if her deal is rejected a third time. That would force the UK to take part in elections to the European Parliament in May.

A win for May

Three amendments to the motion were defeated by the House of Commons on Thursday. Taken together, it was a rare moment of victory for Britain's embattled and weakened Prime Minister.

The threat of Brexit being postponed beyond 2019 could help May turn the tide currently against her deal among Brexiter lawmakers, including the 10 Democratic Unionist Party (DUP) members her ruling Conservative Party relies on for a majority.

But more than two years since Britain voted to leave the EU, its politicians are splintered Brexit should move forward.

The indecision has soured the mood in Brussels, which has the power to decide whether to grant May the extension.

Some EU leaders have indicated their wariness to grant May an extension or renegotiate her deal.

French President Emmanuel Macron said on Thursday any extension to Brexit could only be "a technical delay to allow more time to put their departure in place."

Macron, who is currently in Kenya, added that the UK would need a purpose for the EU to grant any extension, so as "to ensure something will come out of it."

But European Council President Donald Tusk said on Twitter that he would appeal to the 27 EU leaders "to be open to a long extension if the UK finds it necessary to rethink its Brexit strategy and build consensus around it."

UK lawmakers rejected a move to give the British public a second referendum, dealing a blow to campaigners for a so-called People's Vote.

Members of Parliament voted 85 to 334 against a proposal to hold a new vote to break the deadlock in the Brexit process. The opposition Labour Party told its MPs to abstain from the vote.

The cross-party proposal was the first time the House of Commons has held a formal vote on whether to endorse another referendum. But it was largely expected to fail.

It was part of a series of rejected amendments to a government motion on delaying Brexit.

Lawmakers rejected a move, by a margin of just two votes, to give Parliament the opportunity to take control of the process from Prime Minister Theresa May's embattled government and hold a series of votes next week on various different Brexit outcomes.

They also rejected a Labour Party amendment to give Parliament the opportunity to debate alternative Brexit plans, as well as a motion that could have blocked the Prime Minister from bringing her twice-rejected deal back for a third vote next week.