Art thieves caught stealing what they thought was a $3.4 million Bruegel masterpiece 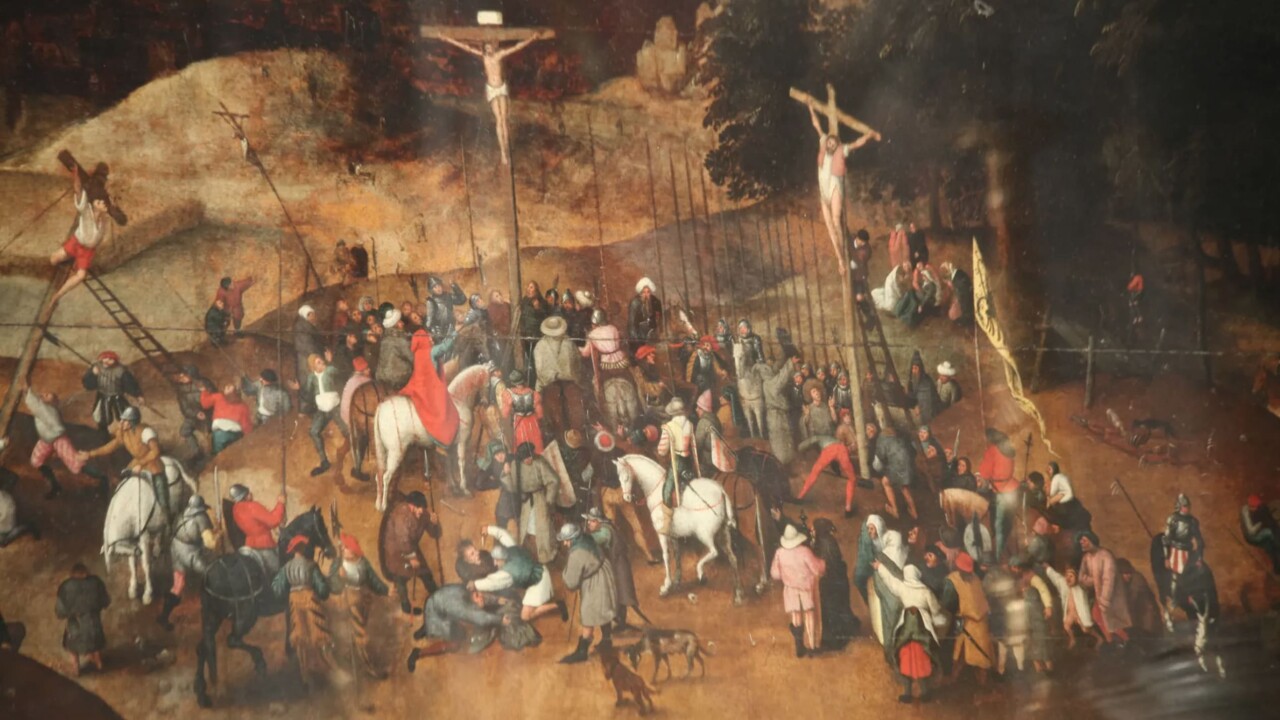 Art thieves stole a 17th-century masterpiece worth $3.4 million from a church earlier this week in northern Italy — or at least they thought they had.

Police later revealed the painting in the thieves' possession was not "The Crucifixion" by Flemish artist Pieter Bruegel the Younger, but a fake they had replaced it with as part of a sting operation.

Police in Castelnuovo Magra, a small town in Liguria, said they had uncovered a plot to steal the painting from Santa Maria Maddalena church — and so set a trap a month ago, according to Italian media .

The real masterpiece, donated to the church at the beginning of the 20th century, was taken down and kept safe in storage, and a copy hung in its place. Police installed surveillance cameras to monitor the church.

On Wednesday, the thieves broke into the display case containing the painting with a hammer and made off with the painting by car — seemingly unaware that their loot was anything but the real deal.

The town's mayor, Daniele Montebello, who police had informed about the operation, played along with the deception after the robbery, telling the Italian news agency ANSA: "It is a work of inestimable value, a hard blow for our community."

The thieves have not yet been apprehended, but the police are "on their trail," Elisabetta Sacconi, a spokesperson for the mayor's office, told CNN.

"The Crucifixion" is of immense value to the town, Sacconi said, explaining that "it is linked to the local community due to its presence over a century ago."

"Many tourists also come to Castelnuovo to admire it," she added. "The worth is invaluable."