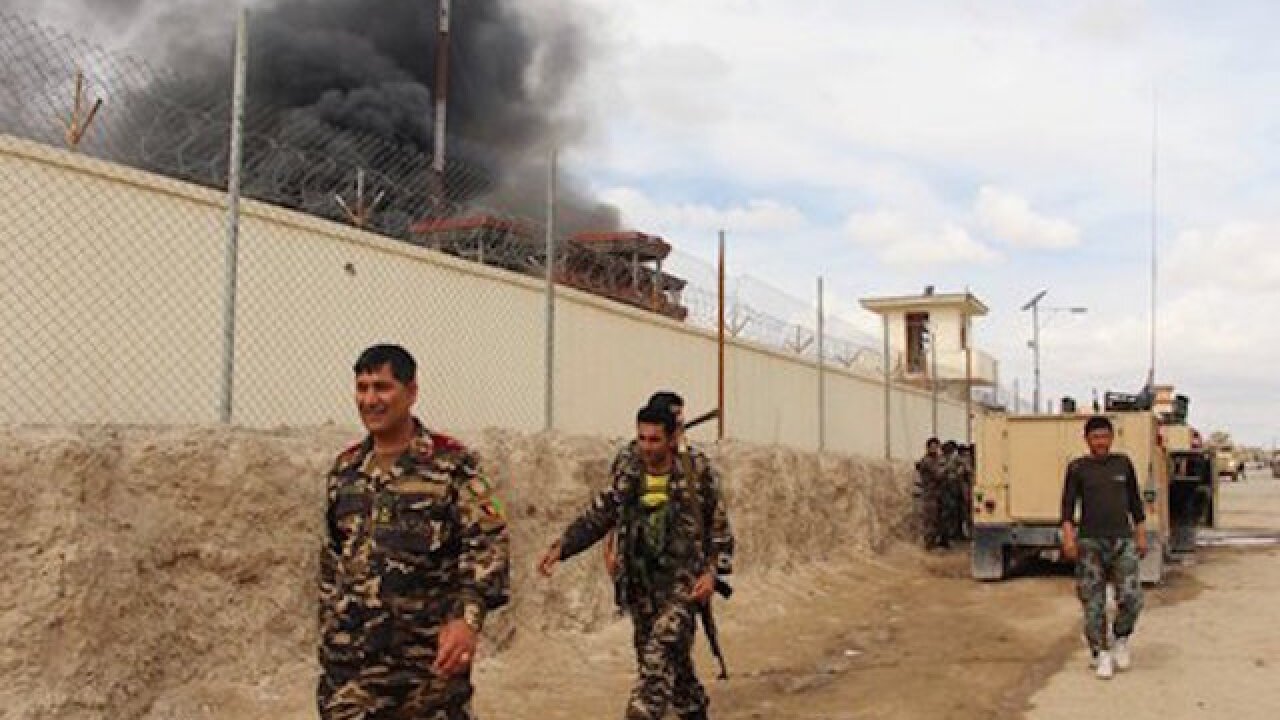 Copyright Associated Press
Uncredited
<p>Smoke rises from a building, where Taliban insurgents hide during a fire fight with Afghan security forces, in Helmand province, south west Afghanistan, Wednesday, March 9, 2016. The Taliban have attacked a police headquarters and an intelligence agency office in Afghanistan's southern Helmand province, where the insurgents have been battling government forces for months. (AP Photo)</p>

KANDAHAR, Afghanistan (AP) — At least 15 members of the Afghan security forces have been killed in a gunbattle with the Taliban in volatile southern Uruzgan province, an official said on Wednesday.

Taliban gunmen had blocked the highway between Dihrawud and the provincial capital, Tarin Kot, for almost four days, he said.

Following the deadly firefight, Afghan forces have retaken control of the road, Niazo added. Eight members of the security forces were wounded during the operation.

However, Taliban spokesman Qari Yousaf Ahmadi told The Associated Press that the battle for control of the highway is still going on. The insurgents often exaggerate their battlefield prowess.

Niazo had no information of any insurgent casualties during the battle.

The Taliban have in recent months stepped up their attacks in Uruzgan and neighboring provinces in the south, including the Taliban heartland of Helmand where much of the world's illicit opium is produced. The crop, along with other contraband, funds the insurgency, now in its fifteenth year.

In Zabul province on Wednesday, two children were killed in an explosion behind the police headquarters in Qalat, the provincial capital, said Asadullah Kakar, a member of the provincial council.

Another civilian was wounded in the blast, he said, adding that the target was unclear and the incident is under investigation.

No group immediately claimed responsibility for the attack. Roadside bombs, planted by insurgents, are a major threat for both Afghan security forces and civilians across the country.