DONATE NOW: If You Give A Child A Book
NewsWorld 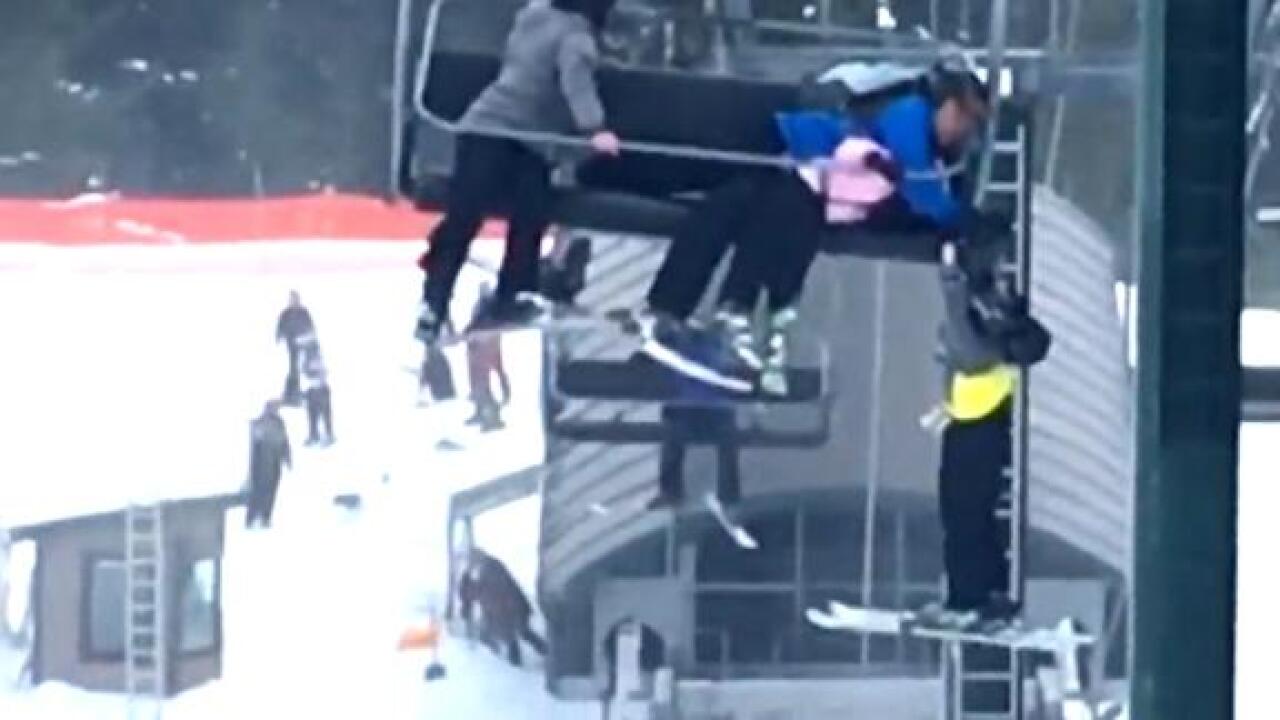 Some teens are being hailed as quick-thinking rescuers for coming to the aid of an 8-year-old dangling from a chairlift at a Vancouver ski resort.

An 8-year-old boy on a chairlift at Grouse Mountain had slipped and was dangling, held up only by his father.

Fourteen-year-old James MacDonald, who had been skiing and snowboarding with his friends, told CNN that when he saw the boy, he didn't think the child would be able to hold on much longer.

"He was starting to flail about and get extremely panicked," MacDonald said.

MacDonald said he asked a man nearby to retrieve some orange netting typically used to indicate out-of-bounds areas. The idea was to stretch out that netting and use it to break the boy's fall.

By this time, MacDonald's friends had come down the hill they were skiing and pitched in to help, as did the man and a woman who was near the stopped chairlift.

Twelve-year-old Josh Ravensbergen said he and the man stripped some padding off a pole and put it on top of the netting as a cushion.

Ethan Harvey, another of the teens, said that while all this was going on, their friend Gabriel Neilson was trying to help the boy stay calm. Once everything was in place, Neilson told the child to take his skis off and asked his father to trust the young rescuers.

The father let go of the child, who dropped safely into the net.

Julia Grant, a spokesperson for Grouse Mountain, said in a statement that the child was attended to by the resort's patrol and sent to the hospital as a precautionary measure. He was found to have no injuries.

Grant added that an investigation of the incident, which happened on Wednesday, was underway.

"Safety is our top priority and we will be taking appropriate action based on the results of the investigation," the statement said.

Grant also said that Michael Cameron, the president of Grouse Mountain, met with the rescuers to thank them personally and that the resort gave each of them a complimentary season pass.

"Grouse Mountain is incredibly appreciative of those who assisted in Wednesday's chairlift incident," the statement said. "Their quick thinking and immediate actions are commendable."