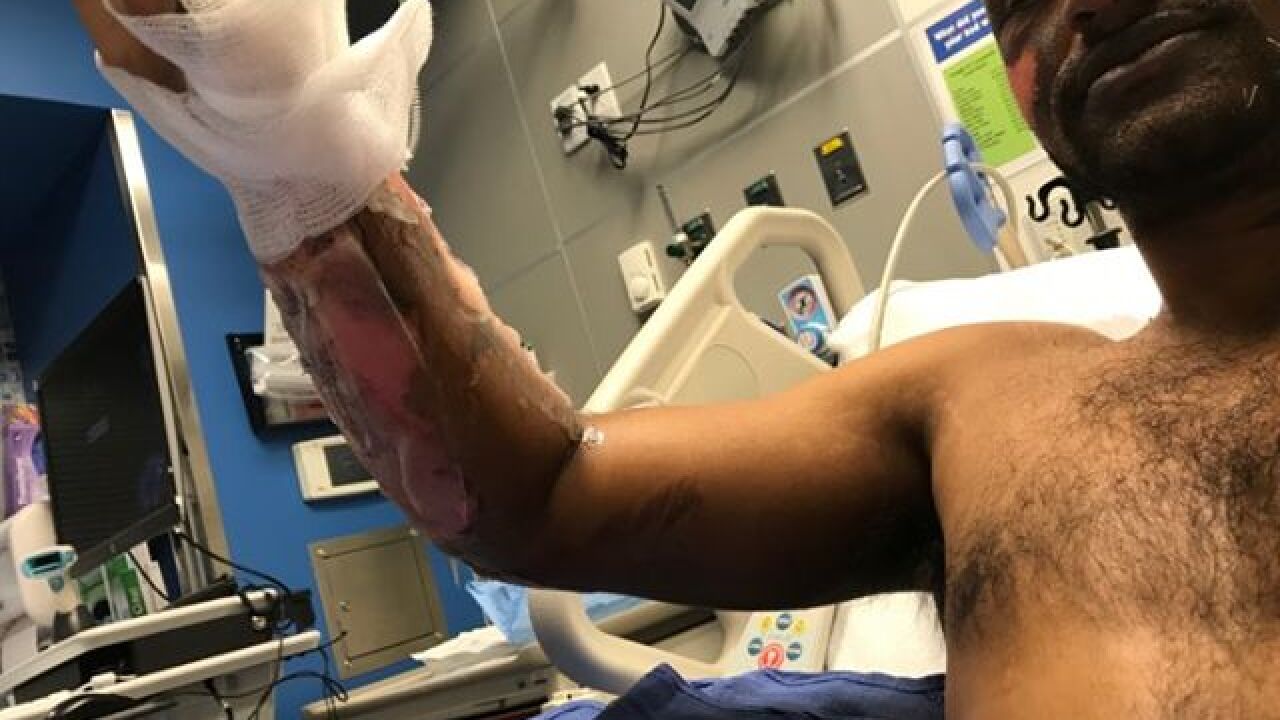 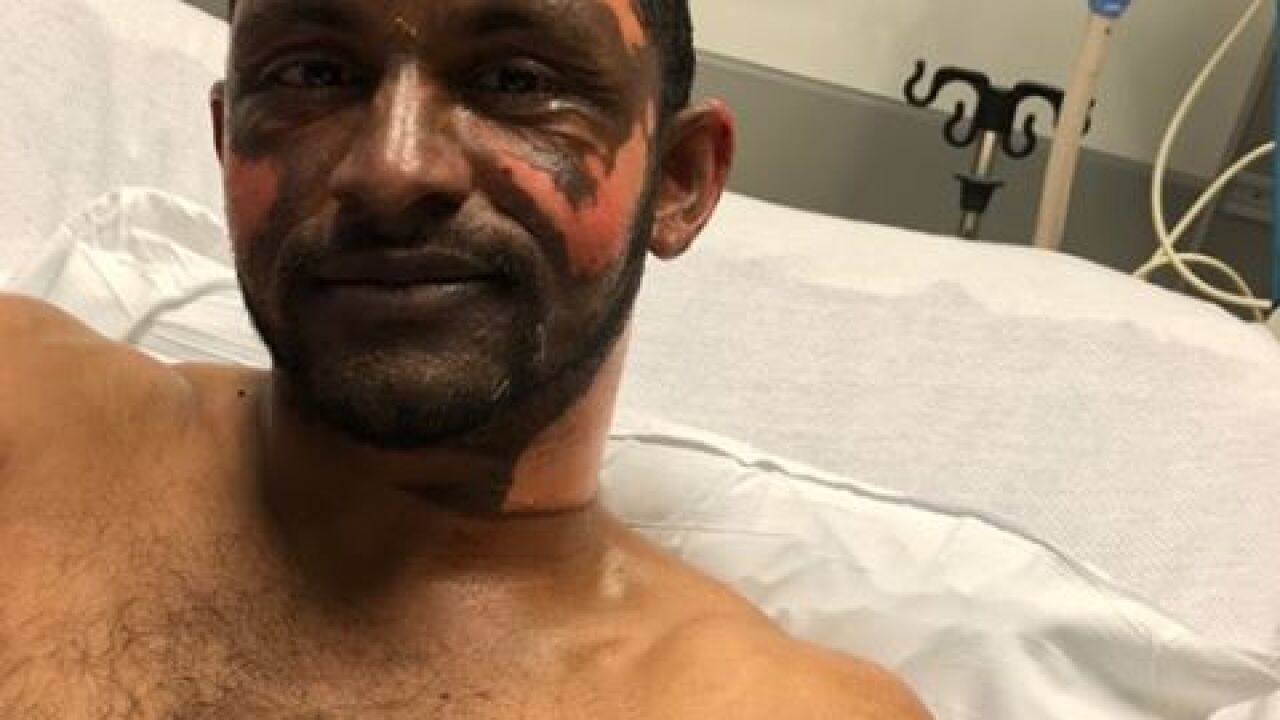 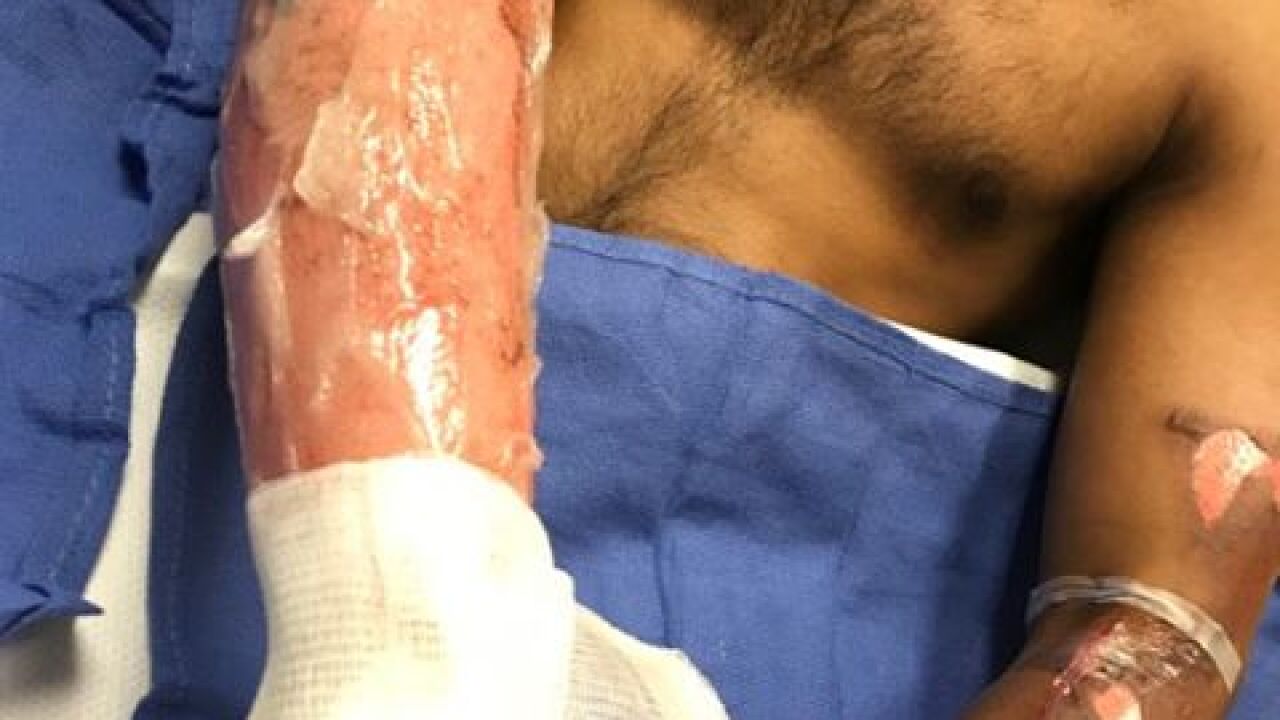 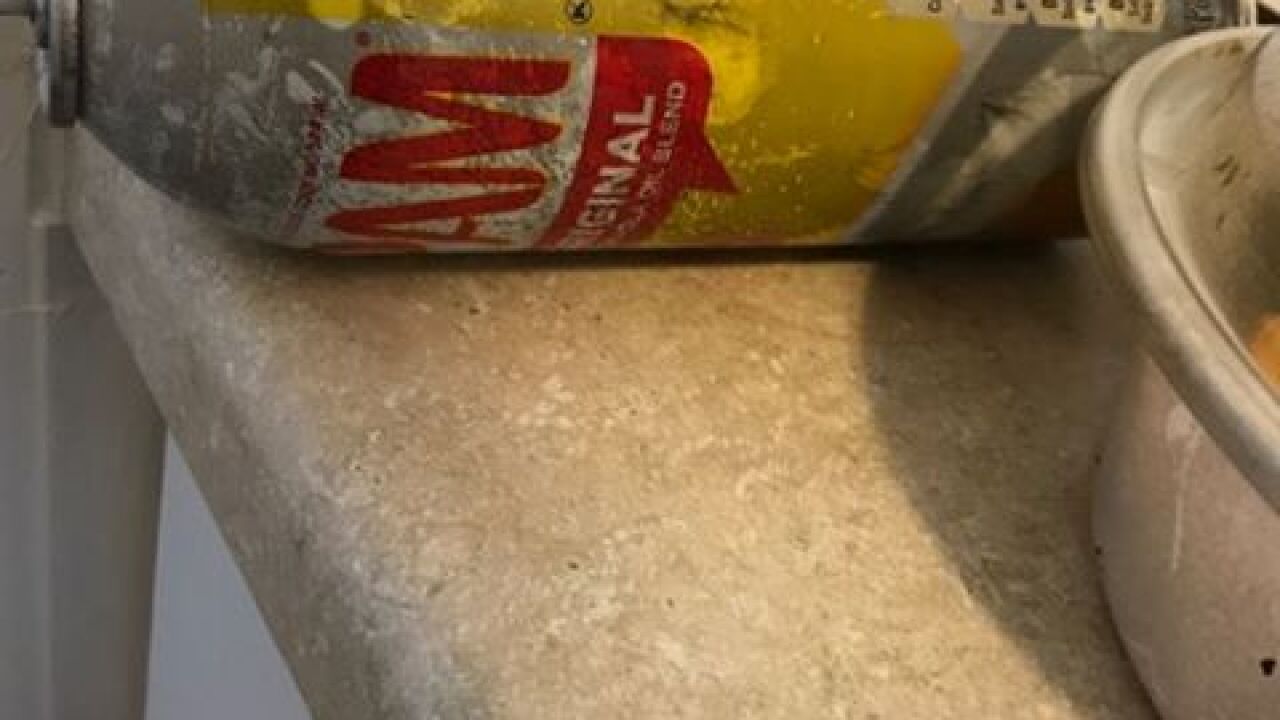 INDIANAPOLIS — "I didn't know what to think. I was still in shock like how did the fire even happen?"

Rachel McRee was in the restroom when she heard a loud explosion come from the kitchen where her boyfriend, Raveen Sugantheraj, had been cooking.

"We didn't even realize that he had been burned," McRee said. The kitchen was on fire. So our first priority was putting that out."

Once the couple finally put the fire out near the stove top, they realized that Sugantheraj had been severely burned. "It's his arms, his face, his neck, his hands, his ear," McRee said.

"I feel terrible for him and the pain that he's in. I just feel horrible, you know, he's in so much pain," she said. "I've watched him get his bandage changed. He's got raw skin. It's like ten to 15 percent of his body that's just burnt off."

Sugantheraj was in the hospital undergoing surgery on Friday.

"They're having to do skin grafts, severe ones. One is going to be pigskin, one's going to be his own skin," Sugantheraj's girlfriend said. She is not sure of his recovery time.

The cause of the fire?

A can of Pam cooking spray kept too close to open flames.

"He's a full-time med student. He's educated. He's very smart... He had no idea - I had no idea," McRee said. "We know to keep cooking oil away, especially not on the stove top, but we had placed it far enough to where we thought it was OK."

The medical director in Eskenazi's emergency department, Dr. Tyler Stepsis, said aerosol bottles like Pam make oils even more flammable. She said that this is a common occurrence.

"You not only have the thing your aerosolizing but you also have the propellant. And the propellant a lot of times is what can catch fire," Dr. Stepsis said.

As a warning: "When you set it down, don't put it by your stove, put it very far away because I don't want this to happen to anybody else," McRee said.

Doctors say, bottom line, know what you're cooking with and keep it a safe distance from flames.

RTV6 reached out to the company that makes Pam, and they told the newsroom:

If you have a problem and need help getting results, connect with RTV6 by emailing us at workingforyou.com.