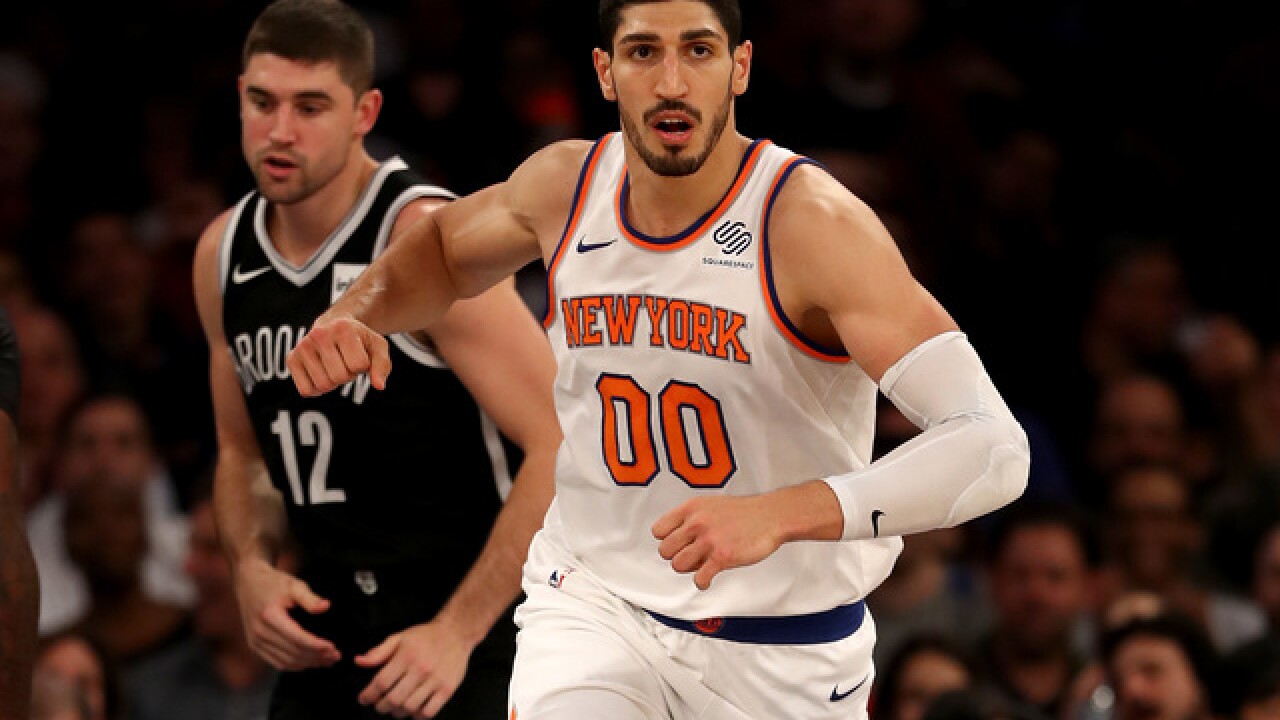 Image copyright 2017 Getty Images. All rights reserved. This material may not be published, broadcast, rewritten, or redistributed.
Elsa
<p>NEW YORK, NY - OCTOBER 27: Enes Kanter #00 of the New York Knicks celebrates his basket in the second half as Joe Harris #12 of the Brooklyn Nets looks on at Madison Square Garden on October 27, 2017 in New York City. NOTE TO USER: User expressly acknowledges and agrees that, by downloading and or using this Photograph, user is consenting to the terms and conditions of the Getty Images License Agreement (Photo by Elsa/Getty Images)</p>

Anadolu Agency says an indictment prepared by the Istanbul chief prosecutor's office accuses the New York Knicks player of insulting the president in a series of tweets he posted in May and June 2016.

Kanter, who is in the United States, would be tried in absentia.

The player is a vocal supporter of Fethullah Gulen, the U.S.-based cleric blamed by Turkey for last year's failed military coup.

Kanter was detained in Romania on May 20 because his Turkish passport was canceled. He said he was able to return to the United States after American officials intervened.