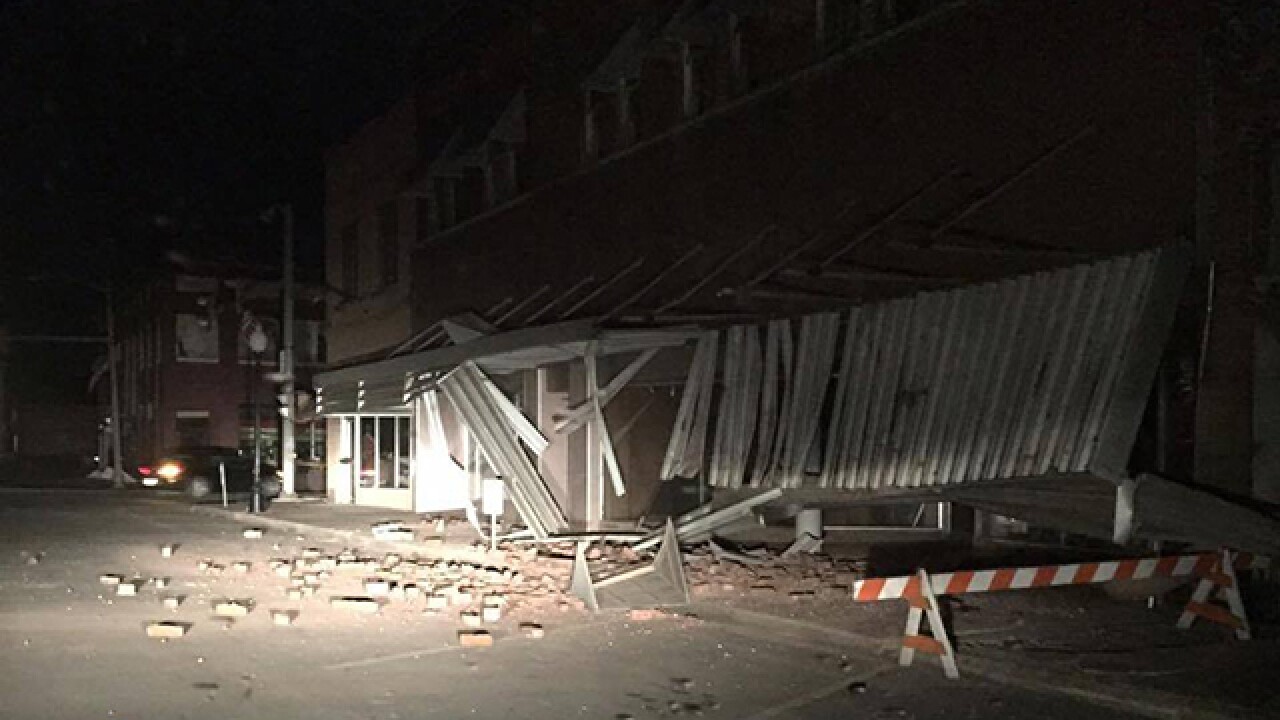 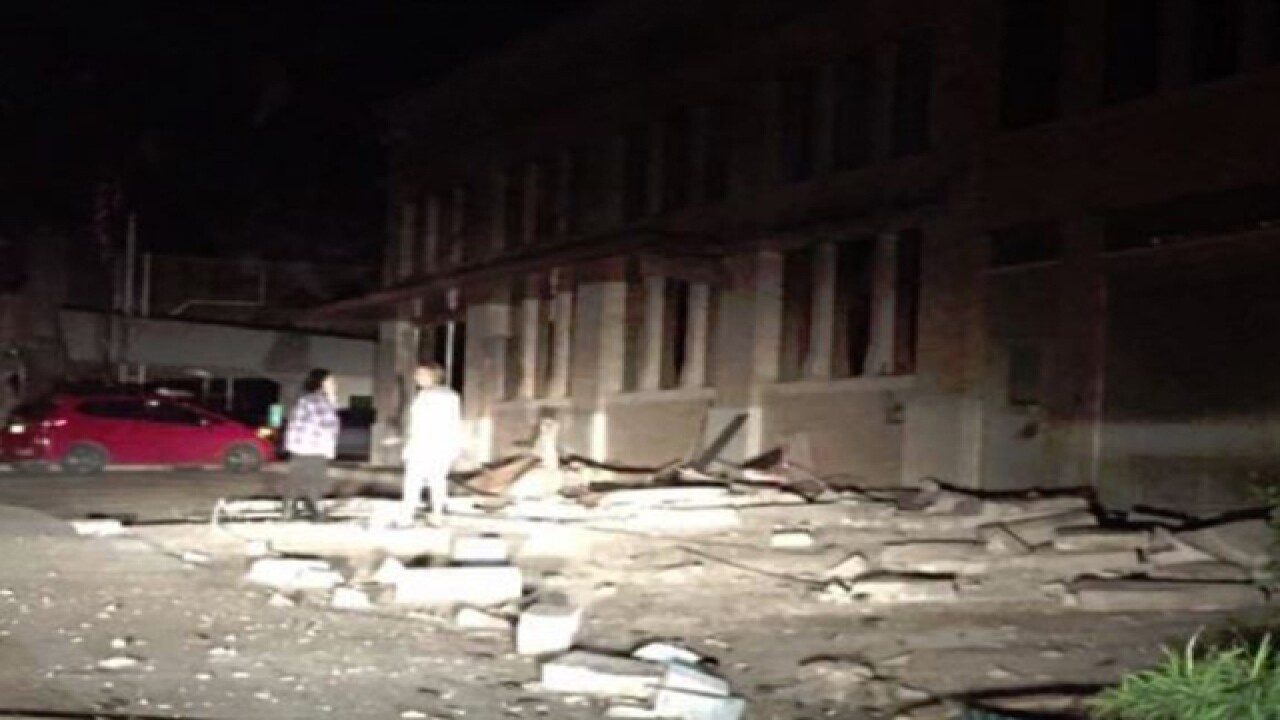 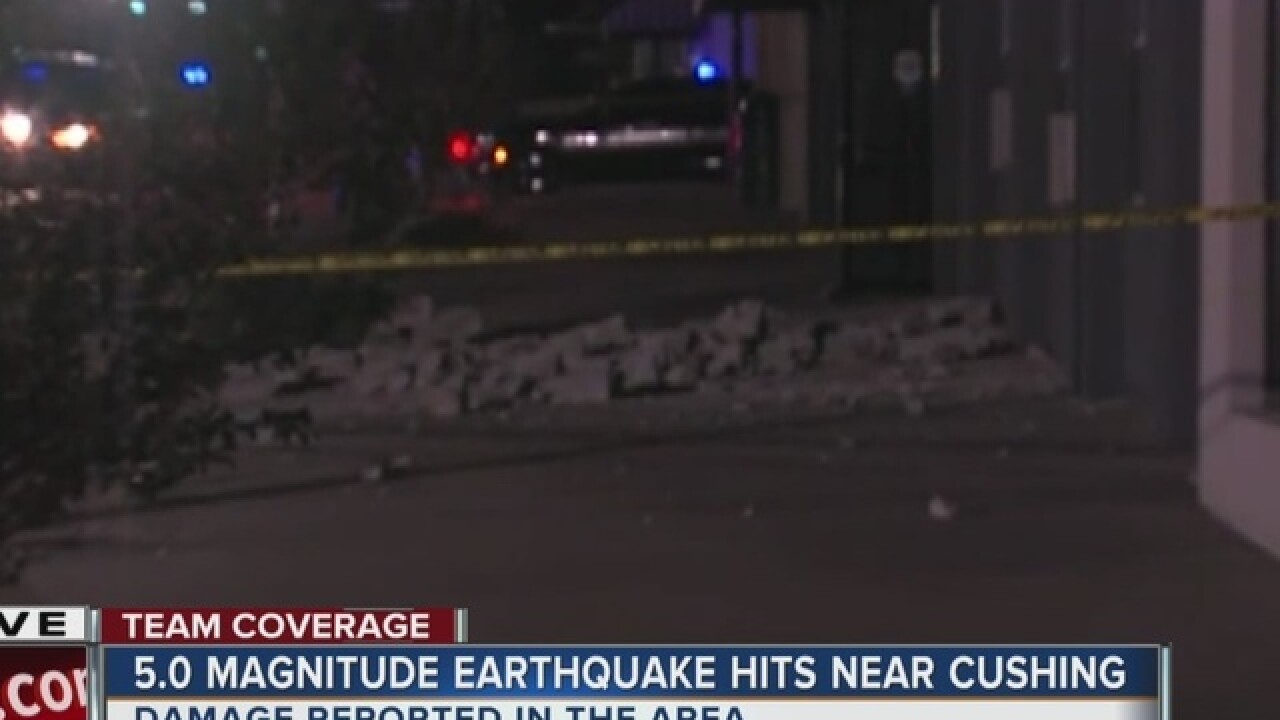 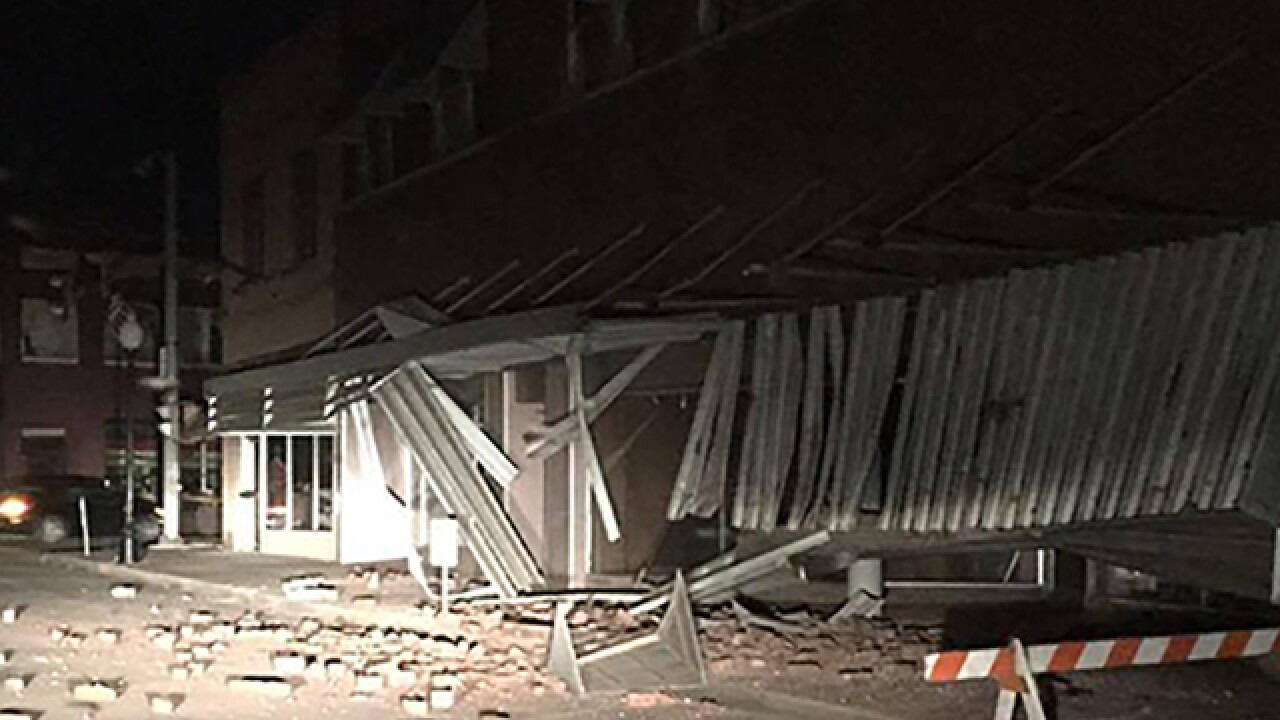 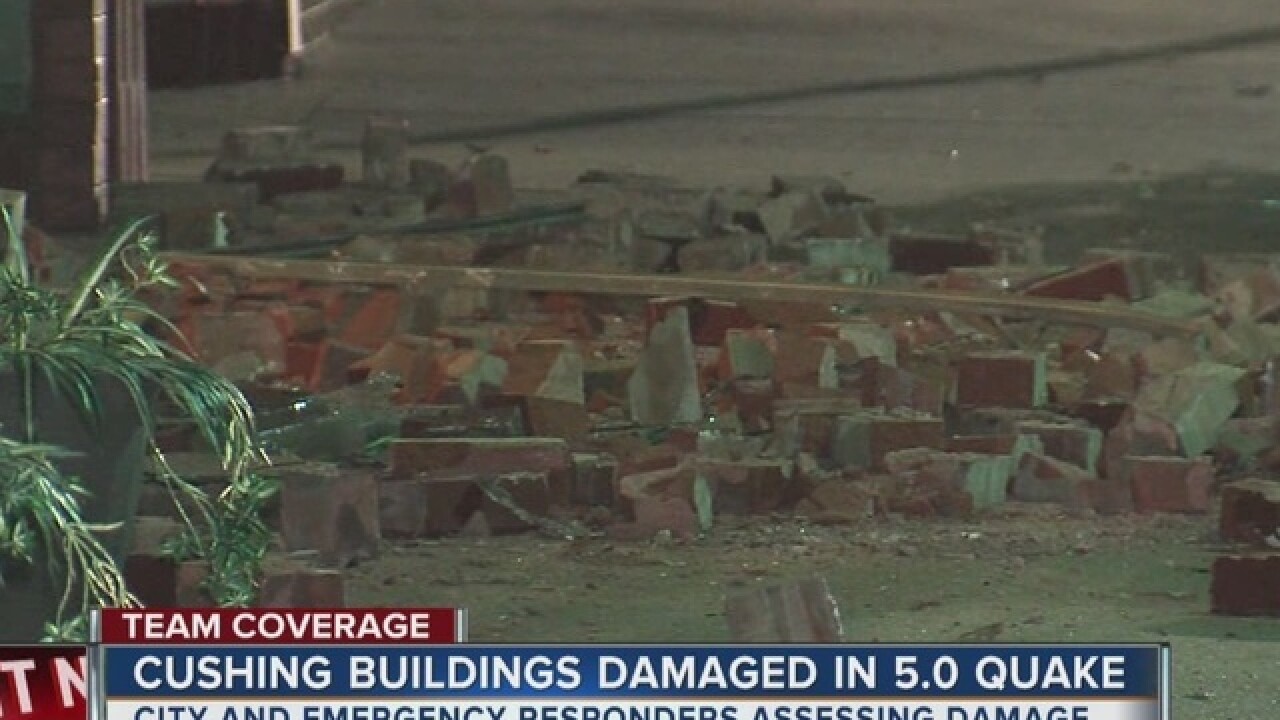 CUSHING, Okla. -- All of downtown Cushing is currently blocked as emergency workers asses the damage from Sunday night's 5.0 magnitude earthquake.

City officials said multiple buildings downtown were damaged. Emergency responders evacuated all of the residents at the Cimarron Towers Assisted Living Faciltiy. The residents have been moved to the Youth Center in town where Red Cross is assisting. City leaders said the quake caused power outages across the city for about 2 hours, but crews have been able to restore a majority of the electricity. They said gas leaks also occurred, but crews have contained them. Officials said this is the largest earthquake they've had, but feel the emergency responders were prepared to take action quickly.

"We continue to train all of our officers fire departments and public works people are trained to handle these type of things, we'll handle it and it'll just be a matter of time to get things cleaned back up and back to normal," Cushing City Manager Steve Spears.

City leaders said a couple people received minor injuries, but no life threatening injuries have been reported. Officials also addressed no terminals at the oil storage facilities were damaged.

Emergency responders will be working here downtown throughout the night. They said aftershocks could occur, and they won't be opening the area until they determine it's safe. The city is holding a press conference at 9 am Monday morning to give an update about the damage.