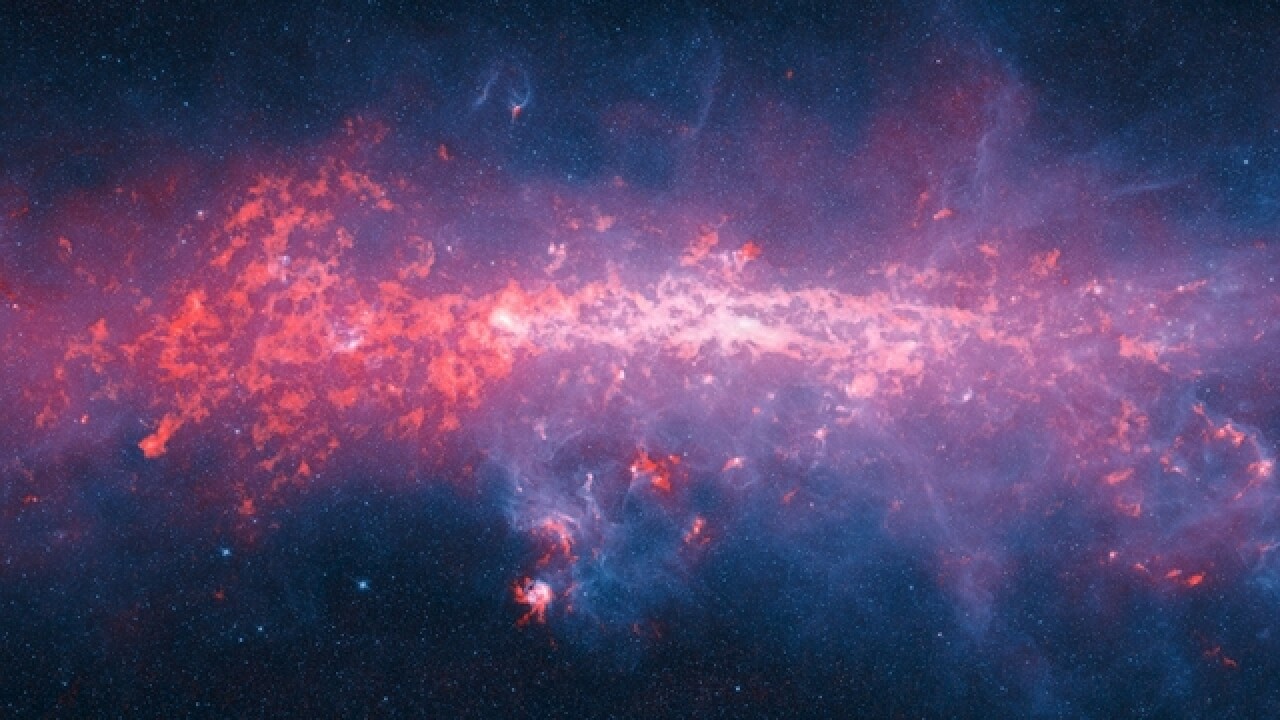 The only known repeating fast radio burst in the universe just got more extreme.

These radio flashes usually last a millisecond and have an unknown physical origin. People love to believe that they're from an advanced extraterrestrial civilization, and this hypothesis hasn't been ruled out entirely by researchers at Breakthrough Listen, a scientific research program dedicated to finding evidence of intelligent life in the universe.

Fast radio bursts in space themselves are not rare, but FRB 121102 -- first detected in 2012 -- is the only one that has been known to repeat. And the repetition is sporadic.

Now, researchers have used the newest detections to learn more about the extreme environment for the source of this mysterious burst. The details were revealed in a study published in the journal Nature as well as at this week's 231st meeting of the American Astronomical Society in Washington.

The radio burst itself releases a "monstrous" amount of energy in each millisecond, comparable to what our sun releases in an entire day, the researchers said.

The newest detections allowed researchers to discover that the radio bursts themselves are polarized and coming from an environment that contains an incredibly strong magnetic field. They were also able to detect the radio bursts at a higher frequency than ever.

"FRB 121102 was already unique because it repeats; now, the huge Faraday rotation we have observed singles it out yet again. We're curious as to whether these two unique aspects are linked," said Daniele Michilli, a Ph.D. candidate at the University of Amsterdam and ASTRON, the Netherlands Institute for Radio Astronomy.

The causes of such a strong magnetic field provide two intriguing possibilities: proximity to a massive black hole in the galaxy or within a powerful nebula.

These hypotheses both support some factors of the radio bursts but also raise questions.

Jason Hessels, study author and associate professor at the University of Amsterdam and ASTRON, described the possibilities.

If it's within a powerful nebula, an interstellar cloud of gas or dust, it would also explain the persistent radio source and remain consistent with the fact that astronomers believe the source of the bursts is "young." But it's a million times brighter than the Crab nebula in our own galaxy, which is already massively bright. How could the nebula be that bright?

As for the direct source itself, the latest findings support the idea that it's a neutron star or a pulsar, a highly magnetized and rotating neutron star.

The fact that the source throws out short bursts, ranging from 30 microseconds to 9 milliseconds, supports a source that is just over 6 miles across. That's the right size for a neutron star.

Or it could be something undiscovered.

"We can not rule out completely the ET hypothesis for the FRBs in general," said University of California, Berkeley, postdoctoral fellow Vishal Gajjar of Breakthrough Listen and the Berkeley SETI Research Center.

They hope to learn whether the bursts have their own periodicity, or intervals at which they recur, as well as discovering the true nature of the persistent radio source.

"We are continuing to monitor how the properties of the bursts change with time," Hessels said. "With these observations, we hope to distinguish between the two competing hypotheses of a neutron star either near a black hole or embedded in a powerful nebula."