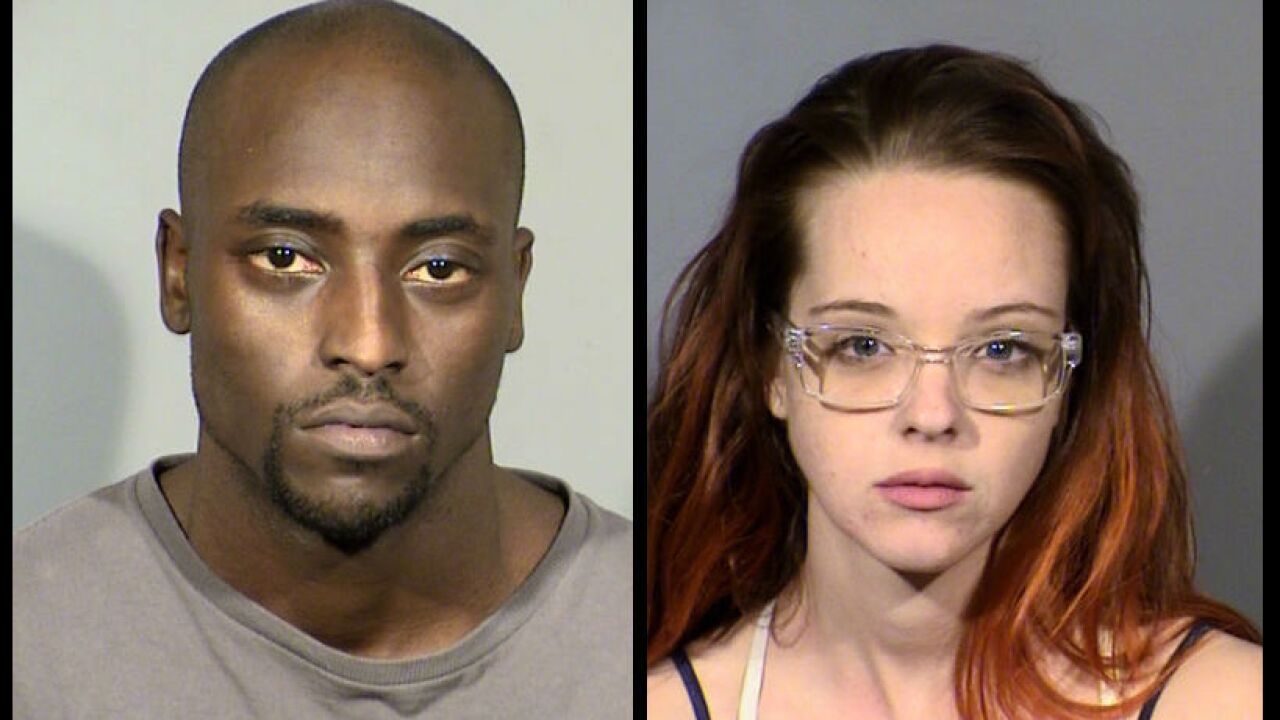 UPDATE APRIL 15: The arrest report for Cierre Wood has been released.

According to the report, Wood met Amy Taylor and a dating website about 6 months ago and allowed her and her 5-year-old daughter to move in.

Taylor told police that her daughter was stubborn and defiant and would talk back repeatedly and refuse to listen. She admitted to police during an interview after the girl's death that she would pop her daughter on the buttocks when needed.

On the morning of April 9, Taylor and her daughter were walking to a nearby school when the child reportedly threw a tantrum. Taylor told police that her daughter bit her on the hand and she "popped" her on the buttocks and made her stand in the corner when they returned home.

When Wood came home, Taylor left to pick up another child at school and go to the store. She says that Wood called her and told her "something is not okay." Wood then sent Taylor a photo of the child's face and Taylor called 911 and told the operator that her child was unresponsive.

When emergency responders arrived, they found that the child was cold and stiff. The child was pronounced dead at a local hospital.

Several injuries were observed at the hospital, including bruises on the child's back, buttocks, legs, abdomen, chest and arms. The child also had an elevated white blood cell count, distended abdomen, a lump on her forehead, a possible bite mark, and blood in her underwear.

Taylor also told police a few days prior that the child fell at the park. Taylor also admitted to sitting on the child's chest and stomach as punishment and said that the child seemed to be in pain and complained about chest pain after the incident.

During Wood's interview with police, he admitted to using exercise as discipline and because the girl was chunky.

Wood said that he had forced the child to do sit ups and run when he arrived home on April 9. He said that she fell backward while exercising and hit her head. At first he thought she was faking that she was injured but then realized that she was not. He said he attempted to help her and denied ever intentionally hurting the child.

Taylor was initially only charged with child abuse and neglect. However, she is now facing a murder charge. Both Taylor and Wood are in the Clark County Detention Center.

Amy Taylor, 25, was also booked into CCDC on a charge of child abuse or neglect.

Wood played for Notre Dame from 2010 to 2013. He also spent time on the practice squads for Houston Texans, New England Patriots, Seattle Seahawks and Buffalo Bills. He most recently played for the Canadian Football League.

The Las Vegas Review-Journal is reporting that Wood was ordered on Thursday to be held without bail. They also reported that Taylor posted bail.

13 Action News is still waiting for additional information. The District Attorney's office is not release information at this time because the case involves a child.