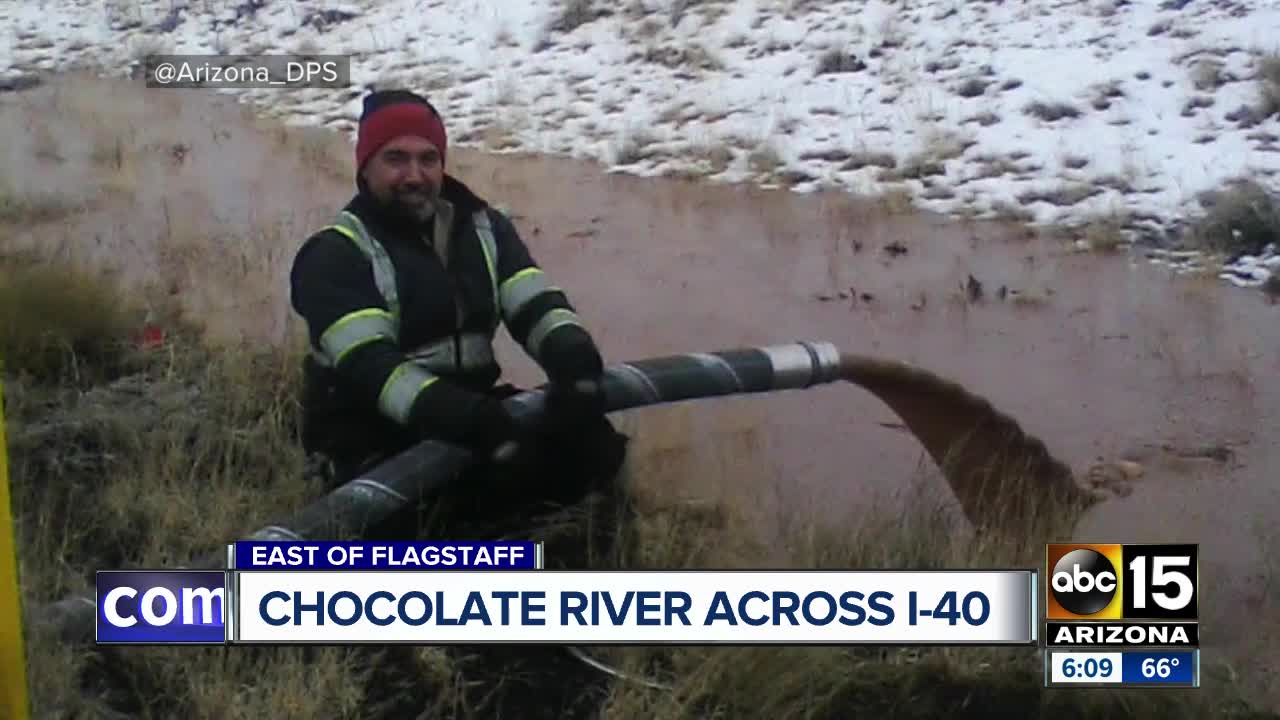 The chocolate came pouring out, creating a river and blocking the westbound lanes for hours. 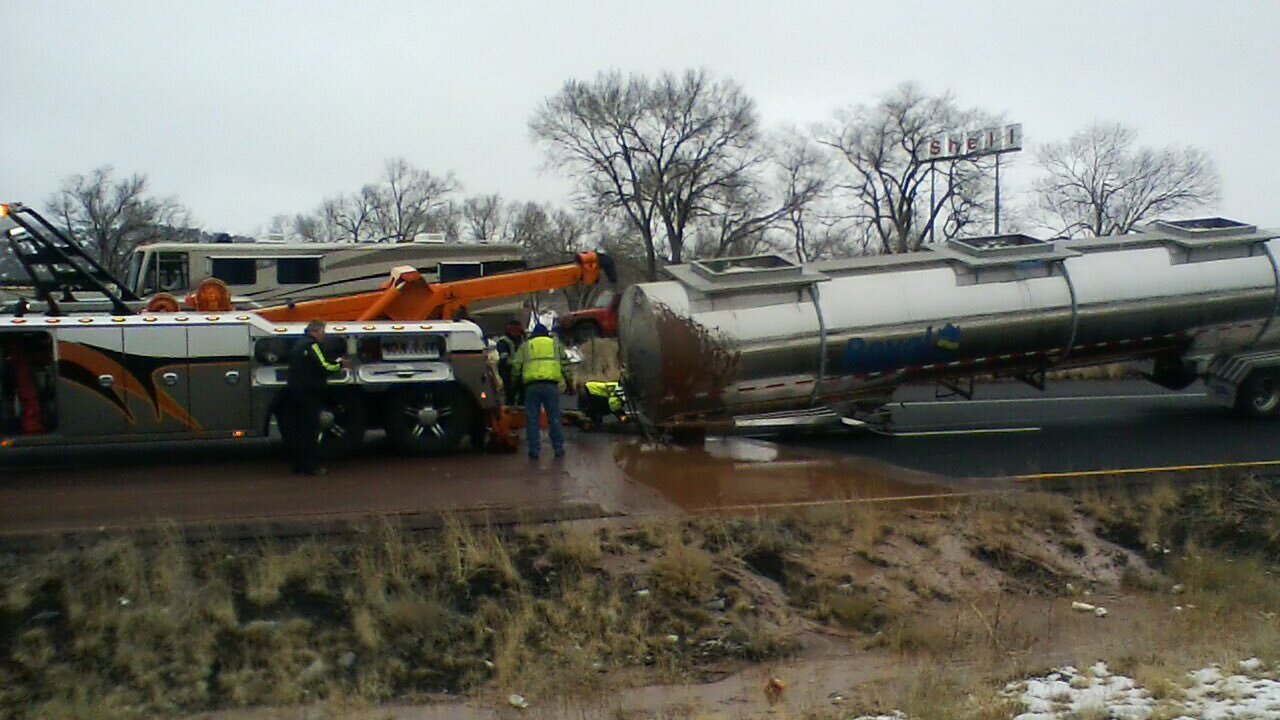 A tanker full of liquid chocolate rolled over on I-40 Monday near Flagstaff, Arizona, causing it to spill out over the roadway.

The Arizona Department of Public Safety says the crash happened in the westbound lanes of the interstate near milepost 211, east of Flagstaff.

The tanker was carrying 40,000 pounds of chocolate (about 3,500 gallons) of liquid chocolate that was being kept at 120 degrees Fahrenheit, DPS said in a tweet after reviewing the bill of lading.

The crash happened just before 9 a.m., according to the Arizona Department of Transportation, and all westbound lanes were blocked before reopening to traffic after 1 p.m.

It was not immediately clear what caused the tanker to roll over.

There is a river of chocolate blocking/flowing in the westbound lanes of I-40 at milepost 211, east of Flagstaff. A tanker truck carrying 40-thousand gallons of liquid chocolate rolled over. This will be a sweet cleanup! pic.twitter.com/G03eVdNQZD