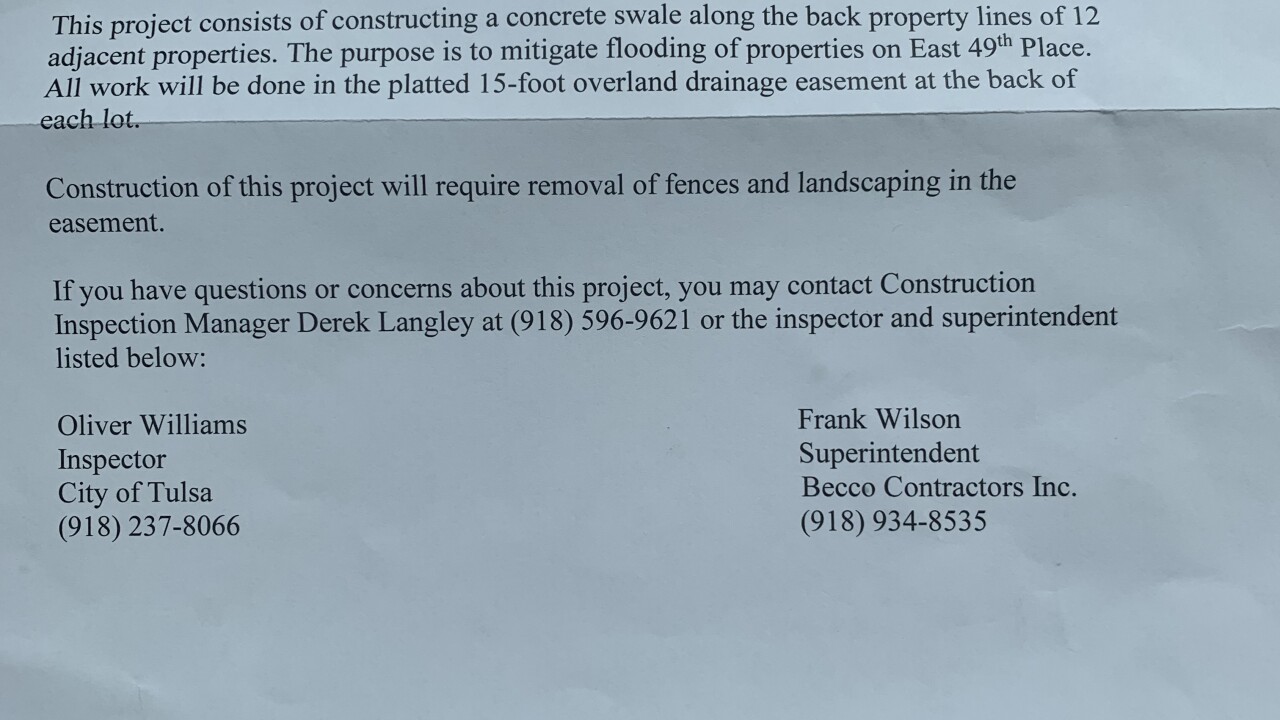 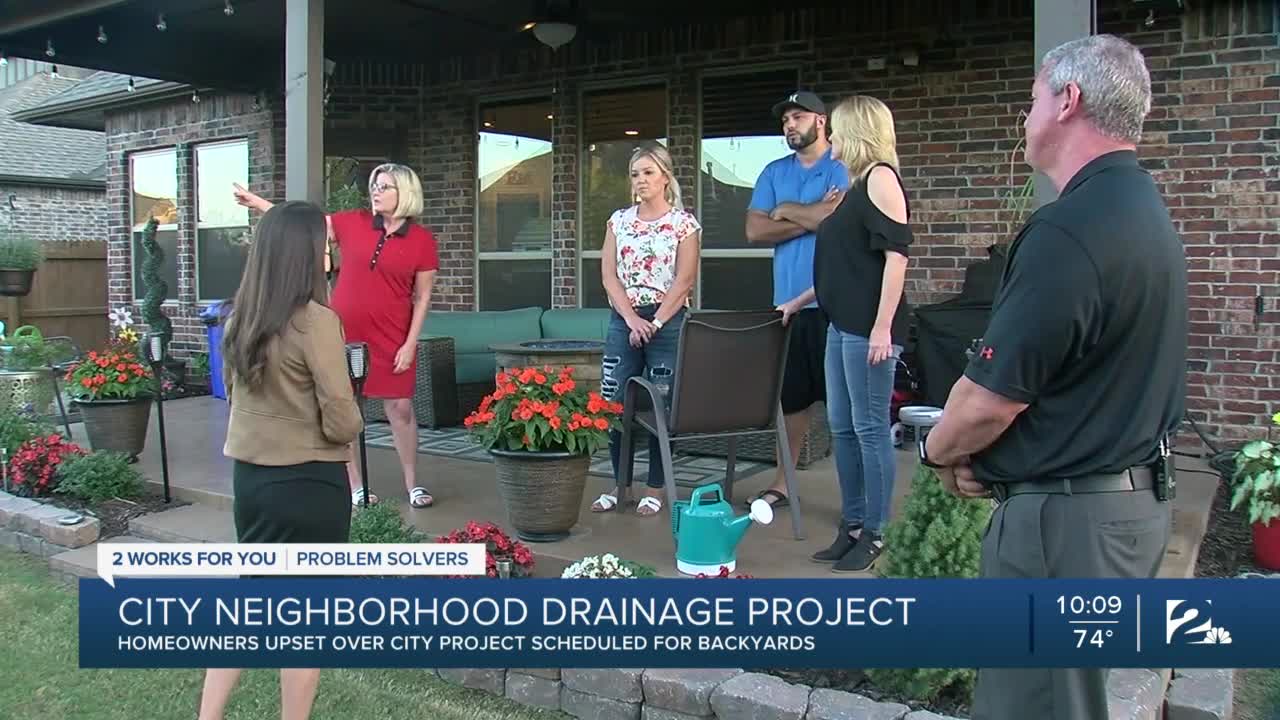 TULSA, Okla. — Homeowners in the Stonegate neighborhood are worried about a planned drainage project that will dig up nearly a dozen yards in their subdivision.

“You wonder what as residents, what power do we have to stop it,“ homeowner Bobby Martin said.

The Problem Solvers met with seven homeowners who got the same letter from the City of Tulsa in September.

“[The letter] stating they're going to do some storm water repairs in our neighborhood that will require our yard to have a swell put in our yard due to the water drainage problem from 15th Street to 49th Street,“ Martin said.

Some homeowners in the development have serious drainage issues causing flooding in their backyards. Other homeowners impacted by the project don’t have the same problem or mitigated issues with things like French Drains.

“We're hoping we can get this resolved. We want our neighbors to be taken care of," Martin said. "But we also don't want to impact all these good people in their investments and disrupt their way of life for 60 to 90 days while they're trying to tear up the backyard. And we also don't agree that this is the right way to fix it. “

The homeowners are worried about construction crews and large equipment coming through their small backyards. The project would most likely require tearing out fences, play-sets, landscaping, and possibly patios and pergolas.

The homeowners also worried about safety for kids and pets.

“This is a health hazard, a safety problem,” Martin said.

“I’m going to have a five foot flat piece of concrete in my yard and my backyard if that had been here when I bought the house," another homeowner said. "Five years ago, I wouldn't have, I wouldn't have bought it. “

City of Tulsa Director of Engineering Paul Zachary said the city is in a tough situation.

“We have one person that has issues in the subdivision, has sued the city to enforce the easements and enforce the terms of the easements to allow drainage and allow her backyard to be drained and now we've got a cease and desist request from other representation,“ Zachary said.

While city attorneys look over the two potential lawsuits, Zachary said the department is hoping to work with the homeowners impacted.

“Legally, the city has a right to enter into those areas and work within a designated easement, but we want to really, we really want to work with the folks and that's, that's our plan for the next step," he said. "But we want to get out and talk with people, find out the order of magnitude. See what alternates that they want to look at. “