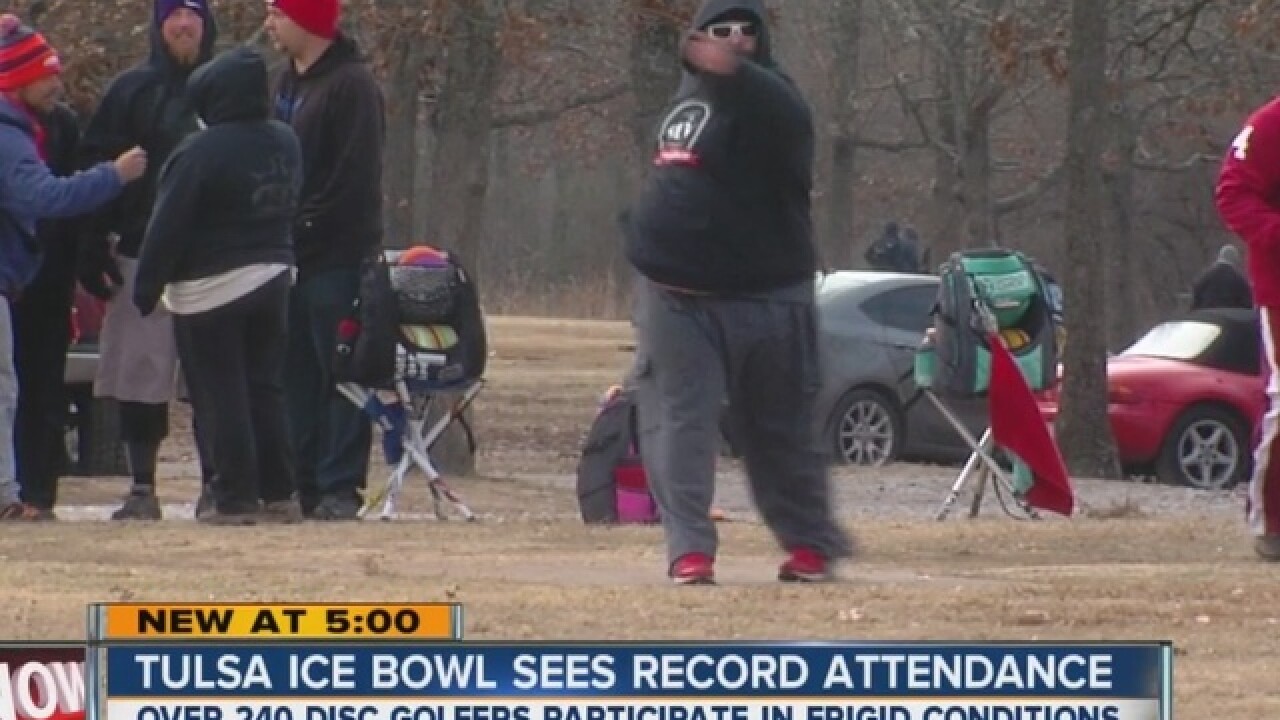 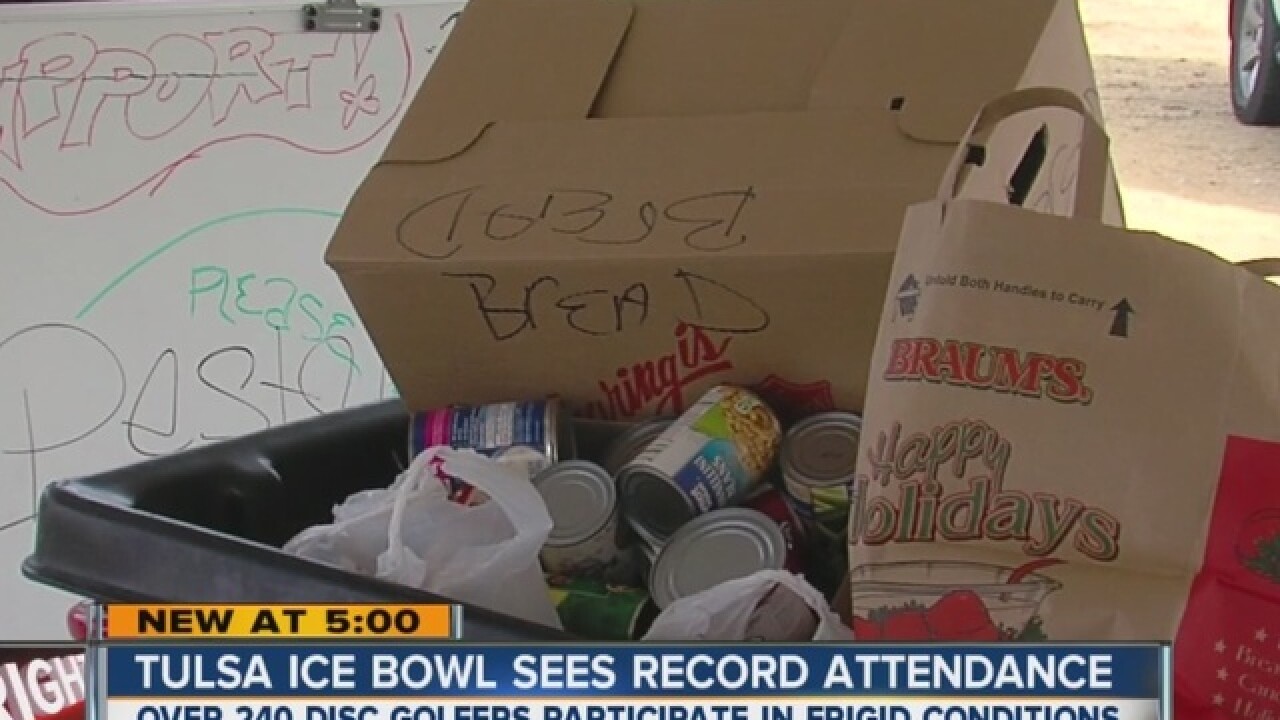 Over 240 participants took part in the 2016 Tulsa Ice Bowl disc golf tournament and this year weather certainly played a factor.

Ice Bowl veteran, Pat Perkins, has been playing in the tournament for nearly a decade and was surprised with the weather conditions.

“We figured it would be cold, but I didn’t expect the wind to pick up like this so early. But we bundled up and said let’s do it,” Perkins said.

All of the proceeds and donations collected from the Ice Bowl goes to the Community Food Bank of Eastern Oklahoma during a time where the need for food is high.

Tournament Director, Doug Duff, says the timing of the event couldn’t be better for the local food banks.

“One thing that’s nice is we’ve always done this in January and what they love about it is people give throughout the holiday season, Thanksgiving and Christmas, and then come right out in January the food bank shells are depleted. Well, we come out and run an event like this and they love it. We’re basically giving them a nice kick to their year,” Duff said.

Tulsa’s Ice Bowl is a leader in attendance among the hundreds of other tournaments around the world.