Your questions about the federal government shutdown -- answered 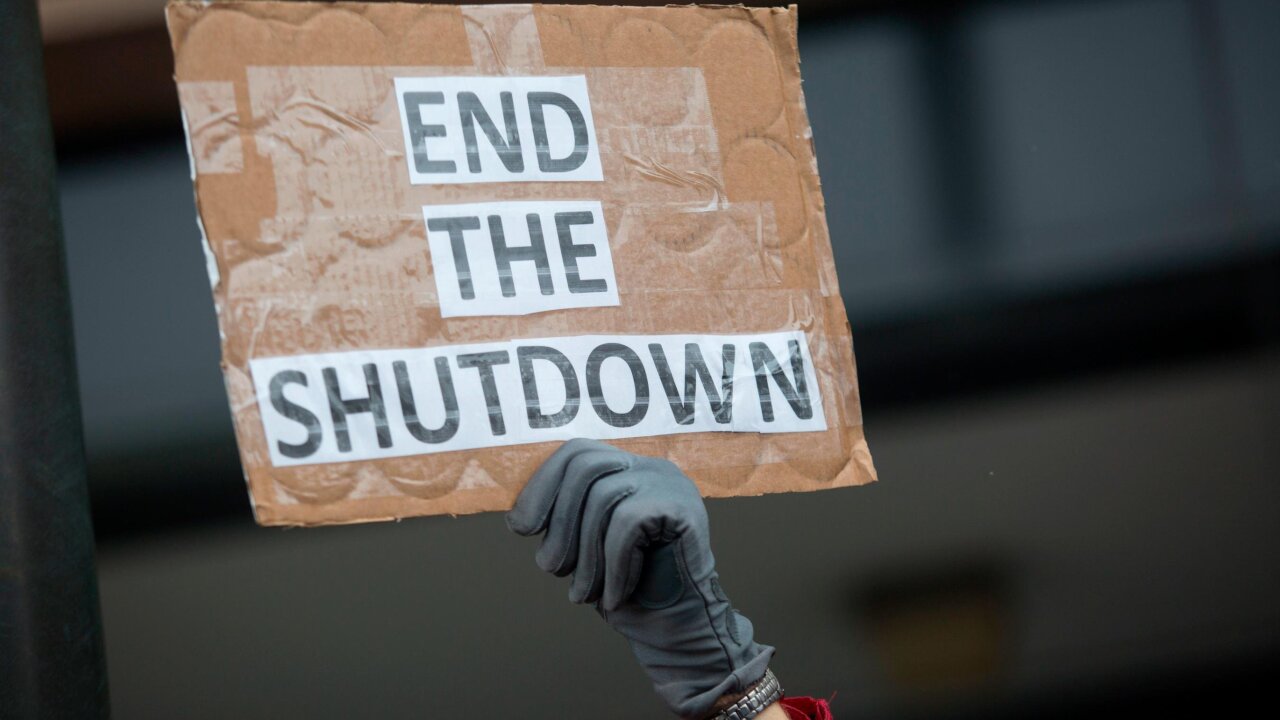 (CNN) -- The partial federal government shutdown is now the longest ever -- with no end in sight.

With many federal institutions closed and hundreds of thousands of workers furloughed, people are understandably worried and confused about what happens next.

We've got answers to some of the most commonly asked questions about this historic shutdown:

When will the government reopen?

President Donald Trump and lawmakers are still locked in a standoff over Trump's demand that Congress allocate $5.7 billion to build a wall at the US-Mexico border. Trump has said he's considering declaring a national emergency to get the money but he'd prefer to strike a deal with Congress.

The House, now led by Democrats, passed a series of spending bills this week that would reopen parts of the government, including financial services, national parks, housing and transportation, and agriculture. But they're unlikely to go anywhere.

Senate Majority Leader Mitch McConnell blocked a move to get the GOP-controlled Senate to vote on the bills, and the White House has signaled the President would veto any spending bills that don't have his requested wall funds.

Will I get my mail?

Yes. The Postal Service doesn't use federal appropriations for operations, relying instead on sales of postage, products and services.

Should I be worried about my health?

Still, about 41% of the FDA is off the job due to the shutdown, and some employees caution that response time to emergencies could be slower.

The FDA can call back furloughed employees in an emergency, but they'd only stay as long as needed to address that situation.

Is it safe to travel?

Yes. While agencies like the Transportation Security Administration and the Federal Aviation Administration are understaffed because of the shutdown, experts say there's no reason to believe safety is compromised.

Security at airport checkpoints across the country is just as effective as ever, and average wait times are within TSA standards, an agency spokesman said. But as the shutdown drags on, passengers could experience longer security lines or flight delays, and workers could quit over greater workloads and no pay.

Meantime, investigations into significant vehicle, plane and rail incidents are on hold as National Transportation Safety Board workers also are furloughed.

Is the military affected?

Most of the military isn't affected because a bill funding the Defense Department passed in September.

But since the US Coast Guard falls under the Department of Homeland Security, many of those service members are furloughed, while others must work without pay.

The Department of Veterans Affairs is fully funded for the 2019 fiscal year, and all operations will continue as normal during the shutdown.

What about weather forecasting?

The longer the shutdown continues, the more vulnerable the country is to the next hurricane season and other extreme weather.

Hurricane season doesn't start until June, but forecasters and researchers use the off-season to refine and improve storm-predicting models, methods and techniques. Now, much of that research is in jeopardy.

Will I get my tax refund?

Yes. The Trump administration confirmed that this week. It's a departure from the Internal Revenue Service's policy not to pay tax refunds while the government is closed.

Will I get my food stamps?

Food stamps are funded through February. The Department of Agriculture says it's working with states to issue February benefits earlier than usual, by January 20.

The Special Supplemental Nutrition Program for Women, Infants and Children, known as WIC, is also funded through February. Child nutrition programs, including school breakfasts, lunches and after-school meals, are funded through March.

How are Native American tribes affected?

Tribes that rely on federal funds for services, such as health clinics and food pantries, are affected.

About 1.9 million Native Americans and Alaska Natives get funding from the Bureau of Indian Affairs, which is operated by the Department of the Interior, one of the agencies hit by the shutdown.

For one tribe of Chippewa Indians in Michigan, the cost amounts to $100,000 each day the government is shut down, The New York Times reported.

Can I still visit the national parks?

Some are closed completely. Others are still open but with little to no staff.

And the parks that remain open are getting gross. Staffing for visitor services, including restrooms and trash collection, aren't available. Joshua Tree National Park has temporarily closed until sanitation and safety issues are resolved.

At some parks, local volunteers are pitching in until the government reopens.

What about the Smithsonian museums?

All Smithsonian museums and the National Zoo are now closed.

Can I get married in Washington?

Yes. Because of the unique way the capital city is governed, some municipal functions, including granting marriage licenses, are affected by the shutdown.

But Washington's mayor signed the LOVE Act, temporarily allowing a city officer to issue marriage licenses during the shutdown so couples can get the tax and home ownership advantages they're due.

What happens to immigration cases?

Many immigration courts are closed due to the shutdown, adding to an already overwhelming backlog of immigration cases.

Cases of detained immigrants will proceed as scheduled, according to the Executive Office for Immigration Review.

Cases of immigrants who aren't detained will be reset for after the government reopens, with thousands of cases rescheduled so far, a spokesperson for the office told CNN.

Are the President and members of Congress getting paid?

Yes. The salaries of the President and members of Congress are written into the Constitution and aren't funded through annual appropriations.

Since taking office, Trump has donated his salary, which is paid quarterly, to various federal departments. And some members of Congress are donating their paychecks to charity.

Will federal workers get back pay?

About 380,000 federal employees are required to stay home, while another 420,000 must work without pay. Both chambers of Congress passed legislation this week to guarantee back pay for furloughed federal workers, and Trump has indicated that he would sign it.

Contracted workers may not be as lucky, though. Whether they get paid is up to their employer.

Some Democratic senators are drafting legislation to ensure low-wage federal contractors get back pay. A similar House bill stalled in 2017.

Can federal employees take paid vacation days during the shutdown?

Any scheduled paid time off gets canceled during the shutdown, per Office of Management and Budget guidelines. That means employees who took time off during the holidays could see smaller paychecks once the government reopens.

What about federal workers' benefits?

Health insurance coverage will continue, and premiums will accumulate during the shutdown, to be withheld from paychecks after the government reopens. Life insurance coverage continues for up to a year without cost to the employee or agency.

But flexible spending account claims won't be reimbursed until the shutdown ends. And premiums for long-term care and for dental and vision insurance will accumulate, then employees will be billed directly.

Workers also can't to make contributions to Thrift Saving Plans, their federal retirement savings accounts. They can borrow money from those accounts -- but only if the shutdown is expected to last fewer than 30 days. Employees can withdraw from the accounts if they are 59½ years old or face a "financial hardship."

Can federal workers file for unemployment?

It depends. If they're required to work without pay, then no.

Furloughed workers, though, could qualify. Requirements vary by state. Also, most states -- and Washington -- require federal workers to pay back unemployment benefits if they end up getting back pay.

Can federal employees get another job?

Yes, though they'd still have to abide by the executive branch's ethical conduct standards and rules, as well as any relevant agency rules. However, some federal workers haven't been able to get clear answers about whether their outside work options are acceptable.