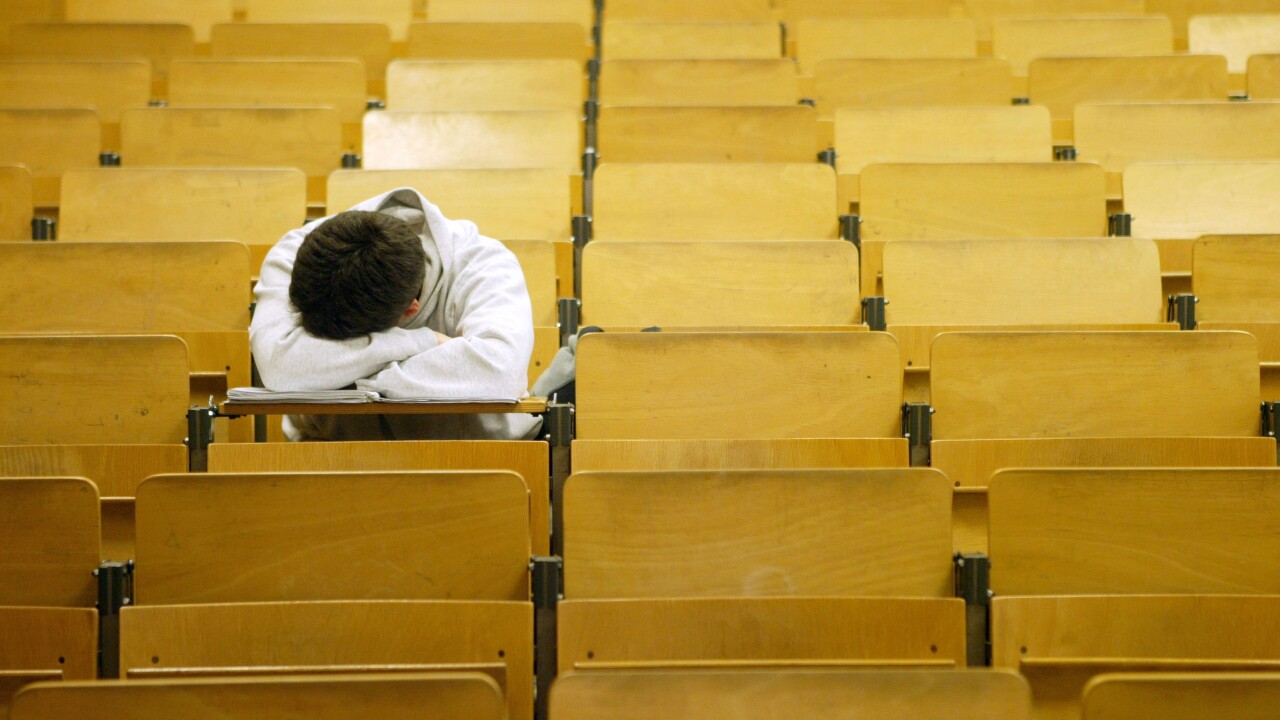 It's no secret that the demands of modern workplaces and smartphones have added to Americans' already-high levels of stress, and for some, catching up on rest on the weekends is an attractive solution. But that recovery rest might have some negative effects on your metabolism, new research finds.

Christopher Depner and Ken Wright are researchers in Integrative Physiology at the University of Colorado-Boulder, focusing on the science of sleep. They just published research about how catching up on sleep affects our metabolism, insulin production, and liver function.

They hooked three groups of subjects into hardware like this for nine days, so they could measure subtle changes in bodily functions and weight gain as they ate and slept. One group was allowed to sleep for nine hours a night over the course of the study. The second group could only sleep five hours each night. And a third group slept 5 hours a night on weeknights, but could also sleep as much as they wanted on the weekends.

"We found that the weekend even ad libidum recovery sleeps- getting as much sleep as you wanted to wasn't sufficient to reset our metabolism," Wright told Newsy.

In short, sleeping more on weekends doesn't seem to work. Instead, we might be better served sticking to a set amount of rest each night. The American Academy of Sleep Medicine recommends 7 or more hours of sleep for adults, to promote optimal health. But there's still a lot to learn about how and when sleep works best. Depner and Wright plan to keep up their research, in case there are benefits to catching up on sleep that haven't been identified yet.

"An important point of this study also is that we simulated a whole work week, so five full days of not getting enough sleep. So one thing that we don't know is if maybe you got two or maybe three days during the work week where you didn't get enough sleep, perhaps the weekend could have some benefit if you are able to get enough sleep at least a couple nights."