Yellowstone plans to ship 600-900 bison to slaughter this winter 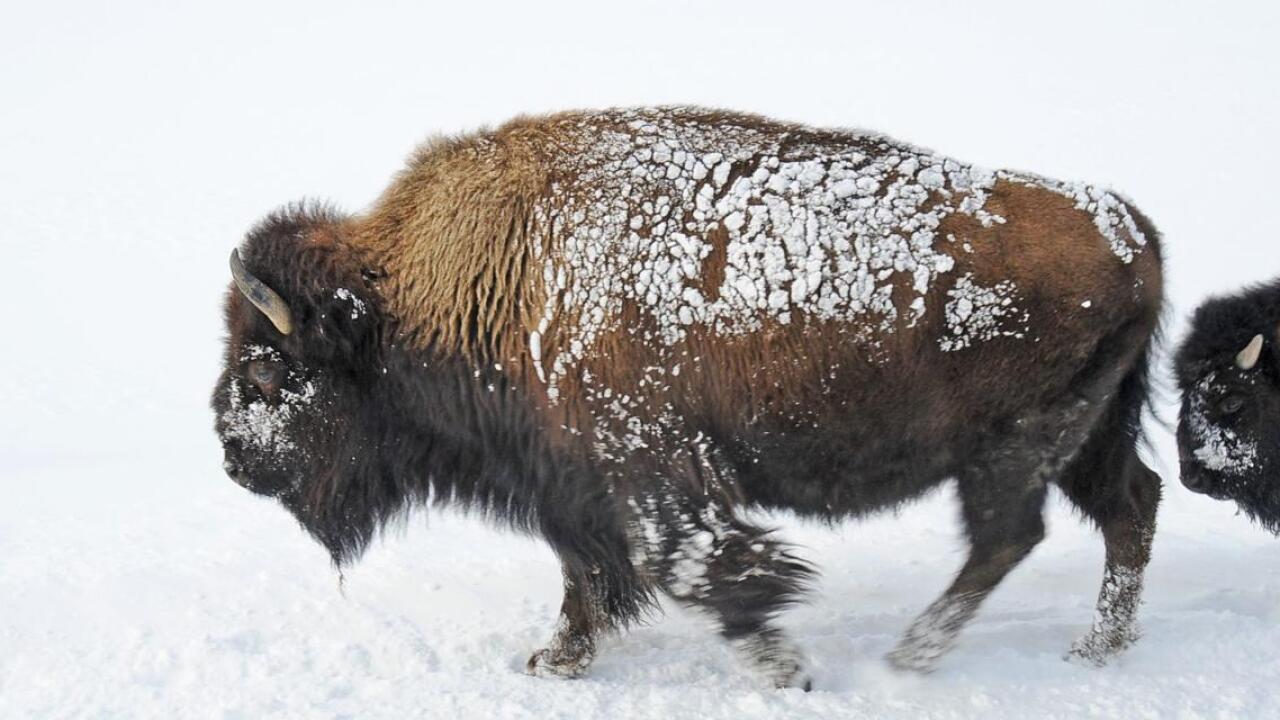 January 3, 2019 - Yellowstone National Park officials will capture 600 to 900 bison this winter to ship to slaughter in a continuing attempt to reduce the animals’ population as called for in an agreement with the state of Montana.

“We may capture more if there are more than 600 bison in the (Gardiner) basin to reduce conflicts with the public,” P.J. White, the park’s chief wildlife biologist, told the Interagency Bison Management Plan partners during a meeting in late November.

That number could range as high as 1,200 bison captured and sent to slaughter if there are more animals available, according to Mark Deleray, of Montana Fish, Wildlife and Parks.

The agreement outlining the winter operations plan was signed by the partners on Monday, Dec. 31. Changes to the plan include an attempt to increase communication between Yellowstone officials behind the capture operation and tribal partners interested in hunting.

This summer Yellowstone was home to about 4,500 bison. The majority — just over 3,300 — reside on the Northern Range and migrate out to the Gardiner Basin in winter where they can be trapped for shipment to slaughter or, once outside the park boundary, killed by state and tribal hunters.

Last year the combination of slaughter and hunting removed 1,171 bison from Yellowstone. Of that total, 375 were killed by hunters — mostly tribal hunters — and 694 were sent to slaughter. The meat of the animals slaughtered is distributed to participating Indian tribes. Another three bison died in captivity.

The removal of bison is biased to females and young because they are the ones that tend to migrate, White said. That means that the population is trending toward an increase in the number of males, although it’s still deemed within the desired conditions, he explained.

Removing 600 bison would keep the herd numbers stable, based on mathematical calculations by the National Park Service, Deleray said. By removing 900 bison the herd would be slightly declining in population.

“What we’re managing for is a declining population,” Deleray said. “We’d have to go higher to get a more significant decline.”

If the park can cut the bison population to an average of about 3,500 animals, White said the park can then remove fewer bison in the future, possibly most of them through hunting and thereby put an end to the ship-to-slaughter program.

The only hang-up in that plan is that when there are fewer bison not as many migrate. Mild winters can also mean few migrants.

“That’s the idea behind reducing the herd,” Deleray said, “but we haven’t gotten to that point yet.”

The potential for fewer bison migrating out of the park concerns some tribal hunters who have been exercising their treaty rights to kill the animals when they exit Yellowstone. Some tribal members argued for changes to ensure the hunts can continue, such as scaling back the trapping of bison or trapping bison later in the winter. That was met with opposition by some of the other IBMP partners.

“We all agreed and support that hunting is a preferable way to remove bison,” said Marty Zaluski, Montana State Veterinarian. “To suggest a trap shouldn’t operate,” or that it operate at a reduced capacity would be inconsistent with the goals of IBMP.

“Hunting was a tool and not an end in itself,” he said.

No bison have been hunted or trapped so far this winter, Deleray said.