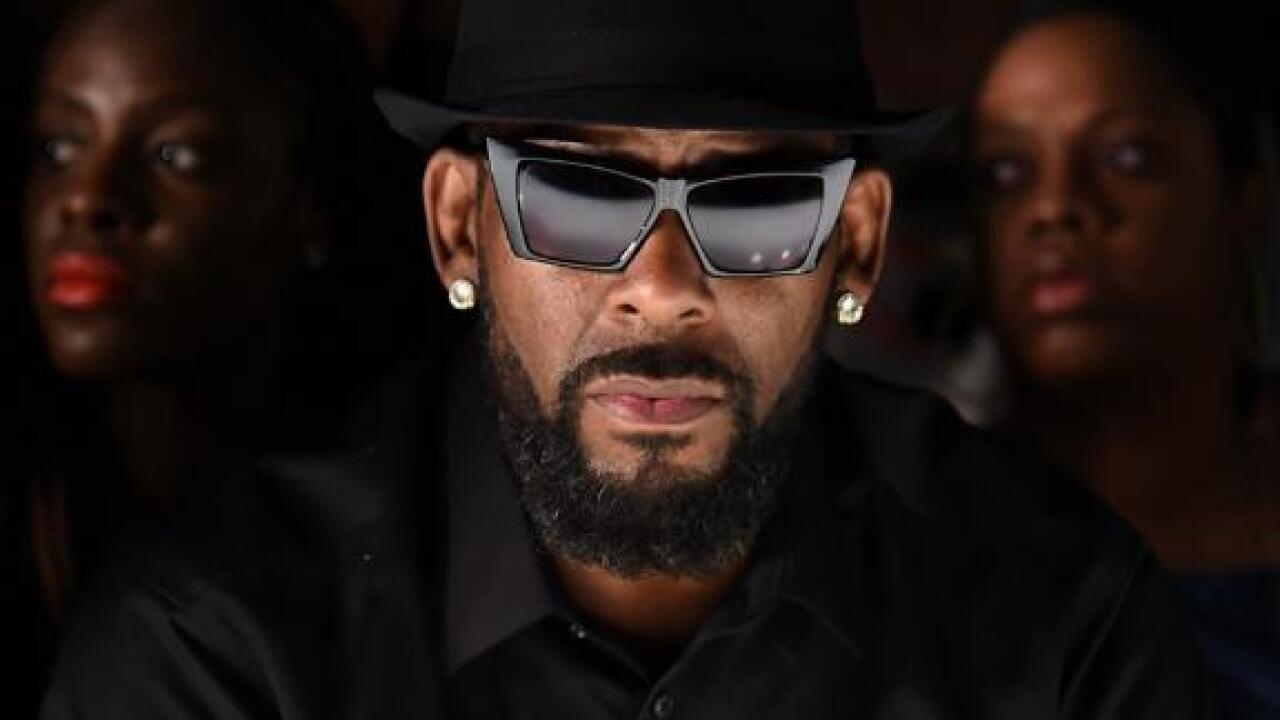 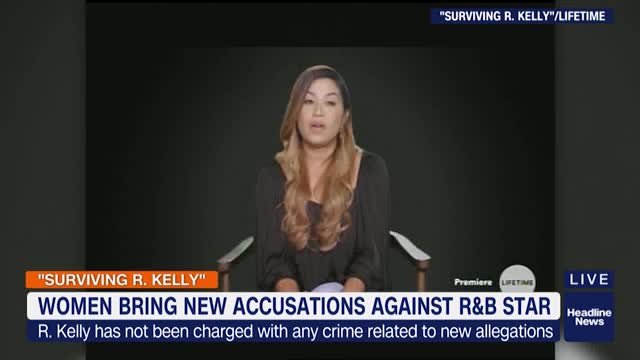 (CNN) -- Allegations of abuse and sexual misconduct against R&B artist R. Kelly are in the spotlight again as a six-part documentary series reignites public outrage.

The three-night Lifetime series, "Surviving R. Kelly," brings together Kelly's accusers and inner circle to detail the artist's life that the network described as "riddled with rumors of abuse, predatory behavior, and pedophilia."

Thursday's premiere episodes revisited the previous accusations against Kelly through interviews with accusers, witnesses and those who were close to Kelly.

According to Billboard, the "I Believe I Can Fly" singer's lawyer reportedly alleges that the documentary is filled with false allegations, and suggests the subjects are defaming his client for personal gain.

Kelly has denied any wrongdoing and has not been charged with any crimes connected with the allegations.

In 2017, a 24-year-old woman alleged she had a sexual relationship with Kelly when she was a teen.

In a statement to CNN at the time, Kelly's publicist, Trevian Kutti denied previous allegations.

"The allegations against Mr. Kelly are false, and are being made by individuals known to be dishonest. It is clear these continuing stories are the result of the effort of those with personal agendas who are working in concert to interfere with and damage his career," the statement read. "Mr. Kelly again denies any and all wrong doing and is taking appropriate legal action to protect himself from ongoing defamation."

In 2002, Kelly was charged with 21 counts of child pornography related to his allegedly videotaping himself having sex with an unidentified underage girl. The case went to trial in 2008, and Kelly was acquitted on all charges. CNN reported in 2008 that lawyers for Kelly at the time said he was not in the video. They also suggested his likeness may have been computer-generated.

The long history of accusations against Kelly of alleged impropriety with young women and girls date back to 1994, when the singer was 27 years old and reportedly married his 15-year-old protegee, singer Aaliyah.

The marriage was annulled after Aaliyah's family became aware of it, the Chicago Sun-Times reported.

Some of those interviewed in the series, which continues Friday and Saturday, gave accounts that corroborated allegations of misconduct and abuse.

In the documentary, a backup singer claims to have witnessed Kelly's inappropriate behavior toward Aaliyah, who died in a plane crash in 2001.

The late singer's mother, Diane Haughton, denied the claims in a statement that was retweeted by Aaliyah's official account.

"My husband and I were always on tour with [Aaliyah] and at interviews and every place she went throughout her entire career. Whoever this woman is [who is making the allegations], I have never seen her before anywhere on planet earth, until now," Haughton's statement read.

"These lies and fabrications cannot be tolerated and allowed to be spewed from the forked tongues of saboteurs of Aaliyah's legacy."

John Legend and others react

Before Thursday night's premiere, a December screening of the docuseries in New York was evacuated after "several anonymous threats were called in," Lifetime said at the time.

"Calling in a noncredible threat to the NYPD to interrupt our screening is an act of desperation from people who don't want these truths shared with the world," executive producer and showrunner Dream Hampton said in an email to CNN at the time.

"The survivors who bravely sat with me for this docuseries know all to well what R. Kelly is capable of, every one of them has stories of being abused and controlled by him."

On Thursday night, Legend, who was the only major artist to appear in the docuseries tweeted,

"To everyone telling me how courageous I am for appearing in the doc, it didn't feel risky at all. I believe these women and don't give a f*** about protecting a serial child rapist. Easy decision"

Legend appears in an upcoming episode.

Burke tweeted, "It has taken 20 YEARS to get the mainstream media to shine light on his depravity. He is not FACE of sexual assault. He is the subject of a doc that allows his survivors to be heard...finally."

Viewers also responded on social media, expressing outrage over the stories and concern about the complicity of witnesses.

Writer Christina Coleman tweeted, "Black women have been telling us for years about #RKelly's abuse. It's 2019. And even with this thoroughly reported docu, folks still pledge their allegiance and coins to RK. Remember what I'm about to say next. You are complicit. The stain is on your hands too"

Color of Change, an online racial justice organization, released a statement in response to the series calling for Kelly to face consequences.

"As details reemerge and new information is brought to light, R. Kelly's longtime record label, RCA, has a choice: believe these women or continue to enable the abuse of Black women and girls for the sake of profit," the statement said.

According to Billboard, Kelly's legal representatives have threatened Lifetime with a lawsuit suggesting that the documentary defames Kelly.

CNN has reached out to Kelly's attorney, Brian Nix, but has not heard back.

"Lifetime has always been a brand that champions women's stories," a public relations representative said in a statement Thursday.