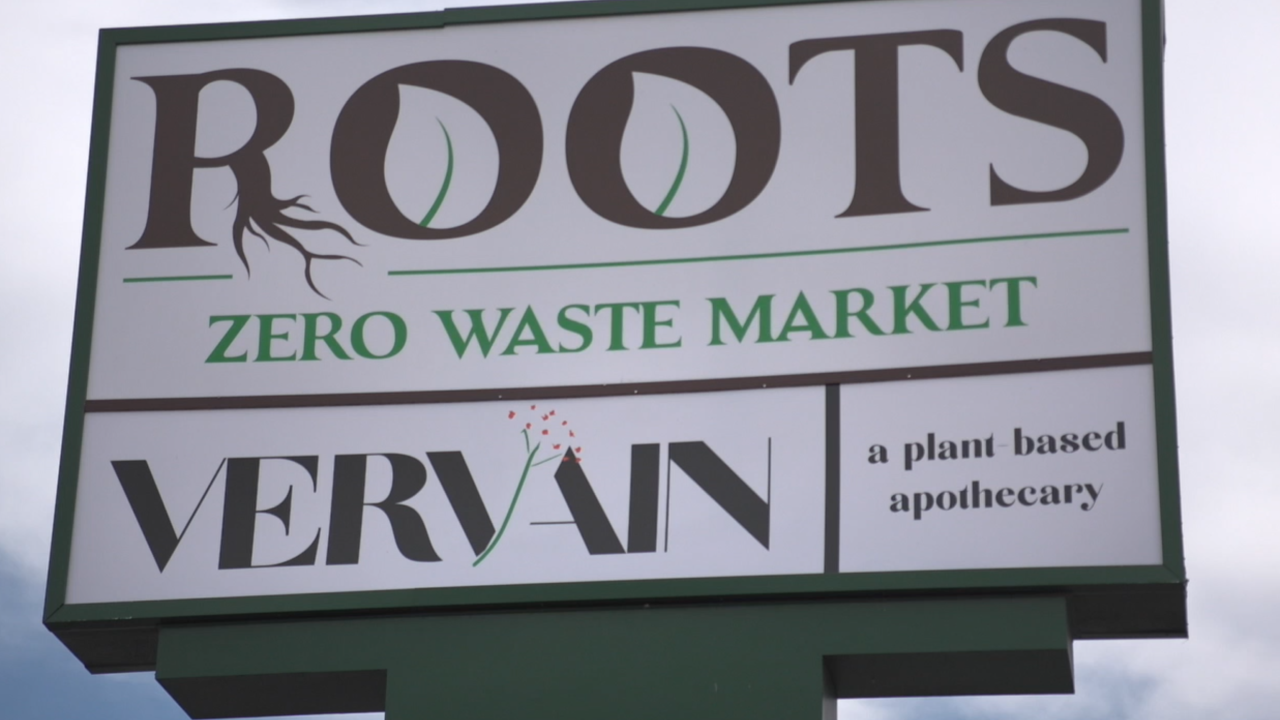 Walk into Léa Rainey’s kitchen and one of the first things you’ll notice is a bucket. It’s a bucket—formerly a vinaigrette container--that would look a bit unsightly to some, filled with mostly scraps of food, coffee grounds, and egg shells.

“Probably one of the first things we started doing was composting,” Rainey says. “And we actually find that if we leave the lid off of it that we get less bugs, less smell.”

For the last couple of years, Rainey has been on a zero-waste journey.

“Zero-waste is really about reducing waste right? So whatever form it comes in, it’s really about minimizing your waste, the things you need to throw away.”

She admits it’s difficult, even two years in, but anytime she struggles, she reminds herself of the tips she gives others: it’s about the five R’s.

The first one is the most important, she adds.

“Refusing is the most important thing to do. Refuse taking a plastic bag at the checkout stand. Just say, ‘No, thank you,’ and bring your own.”

Single-use plastics are another big no-no in Rainey’s house. Everything from her toothbrushes—with bamboo handle and natural bristles—to her shampoo, which she buys in bar form.

“You rub the bar on your head and it foams, lathers and all the things shampoo does; it just doesn’t have a plastic bottle, she says.

“If someone were to bring plastic water bottles into my house, I would freak out.”

Her journey is one she now hopes to share with the world—or at least with the surrounding communities of Garden City, Idaho, a small town adjacent to Boise.

This September, she’s set to open Roots Zero Waste Market, a zero-waste grocery store and café. She says it’s the only place like it in the country.

From foods in bulk—and never stored in plastic—to packaged snacks that only come in compostable wrap.

Rainey believes there’s a demand for a place like this and believes it’s only a matter of time before the concept catches on nationwide.

“I feel like that groundswell is what will turn the tide and make legislators and make politicians see this is something people care about.”