Woman survives Borderline bar shooting, then her family home is destroyed by wildfire 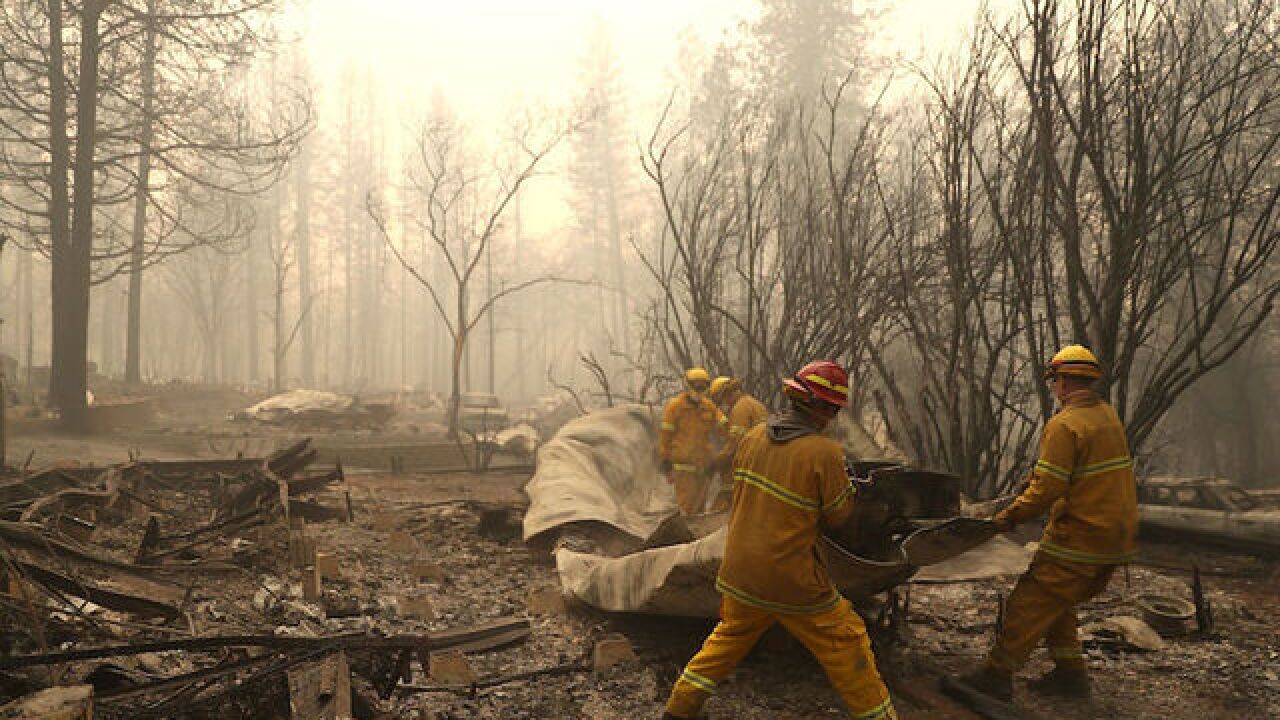 Image copyright 2018 Getty Images. All rights reserved. This material may not be published, broadcast, rewritten, or redistributed.
Justin Sullivan
<p>San Francisco firefighters dismantle a burned mobile home as they search for human remains at a mobile home park that was destroyed by the Camp Fire on November 14, 2018 in Paradise, California.</p>

One California family narrowly survived two life-threatening situations less than 24 hours apart, but they just feel lucky to be alive.

Carmen Edman described her harrowing escape from Malibu on November 8 as her family home was destroyed by wildfire.

The frantic moments came just a day after her daughter, Deseriee, survived a deadly mass shooting at Borderline Bar and Grill in Thousand Oaks, when a gunman burst into the bar with a handgun on November 7. By the time the gunfire stopped, 12 people were dead.

"I was in panic mode since Wednesday night -- since that phone call -- and stress levels were off the charts," Carmen Edman said.

The Edman family got to safety, but their Malibu home burned to the ground.

"I'm trying to stay as strong as possible for my family and friends, and I'm trying to look at everything as positively as possible even though it's pretty hard to do so in these type of situations," she told the affiliate.

Sgt. Helus was fatally shot when he responded to the call of a shooting at the Borderline Bar and Grill. The Edmans attended his funeral procession Thursday.

"It's really tragic that this happened in our city, in Borderline, and that Ron had to pass," Carmen Edman said. "It's just tragic."