Woman in her 60s travels the world solo

Woman in her 60s travels the world solo 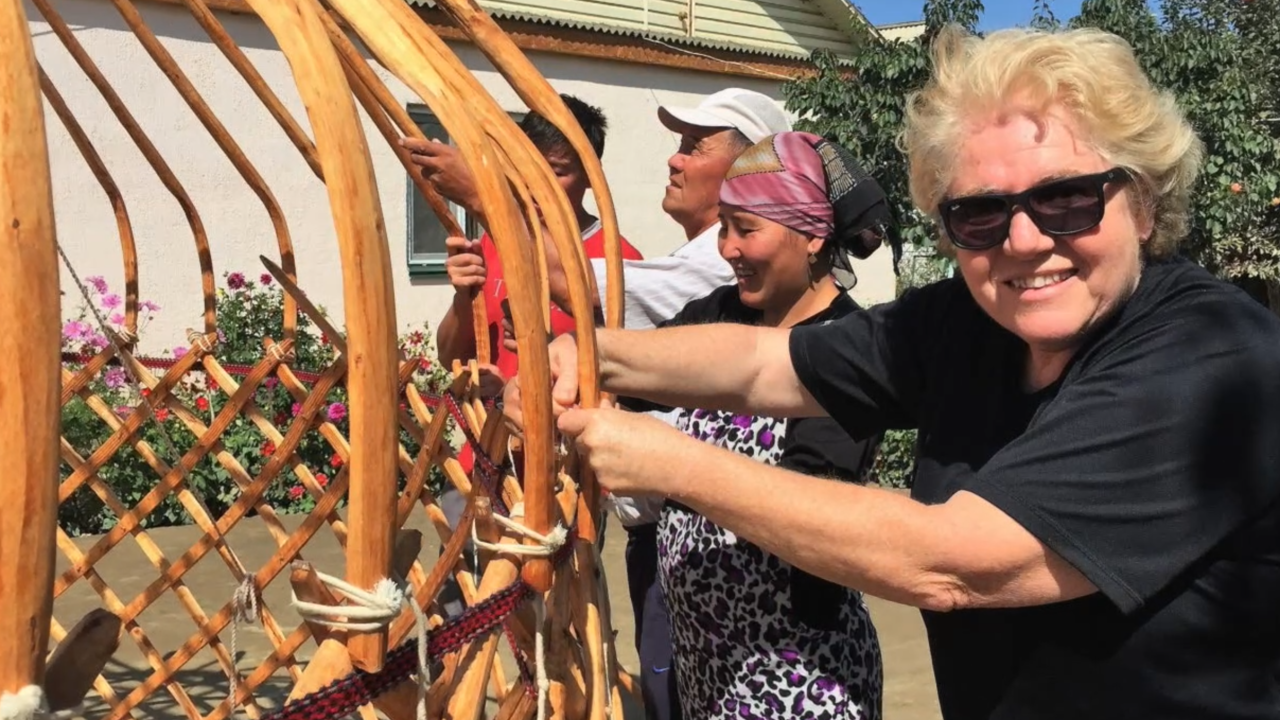 Have you ever considered traveling alone? It can be intimidating, especially as you get older.

But Leyla Alyanak, who is in her 60s, says she prefers it.

“Ninety percent of the time I travel on my own, and I love it," Alyanak says.

She's traveled all over the world, from Kyrgyzstan and South Korea, all by herself. Alyanak took her first solo trip when she was just 15 years old.

One of her favorite perks of traveling alone is the freedom.

While being adventurous is exhilarating, Alyanak says there are some downsides to traveling solo.

First, it can be expensive. Because you’re alone, you don’t have someone to split the costs of lodging and other exposes. Secondly, there are times were a solo traveler can experience loneliness. However, Alyanak says traveling solo does force you to meet new people. Then, there’s the issue of safety.

"Yes, there is a little bit more of vulnerability but nothing you can't prepare yourself against,” she says. “All you have to do is expect things are going to be like that you just need to be a little bit more careful and watchful."

If traveling solo sounds fun but you're still unsure, Alyanak recommends planning a solo trip close to where you live. When you’re ready to go abroad, choose a country where English is prevalent, like Canada, England and Ireland.

"Then, they should embrace a country where the tourist infrastructure is really good, but at the same time, the language is different,” Alyanak recommends. “But enough people do speak English in places like Mexico, Italy, Spain."

Once you're feeling really adventurous, try a place with a language barrier. Alyanak says your saving grace will be the smartphone app Google Translator.

"Going to a country where you don't speak the language or any of the languages, that can be a little unsettling, so I’m really glad I had the app with me. It made all the difference."

She says all her experiences while traveling solo has given her a newfound confidence.

"Take it easy,” she says. “Take baby steps. Start small and just relish the freedom that you are going to have all on your own."

Alyanak blogs about her solo adventures and gives tips to those who are thinking about traveling alone on her website Women on the Road .