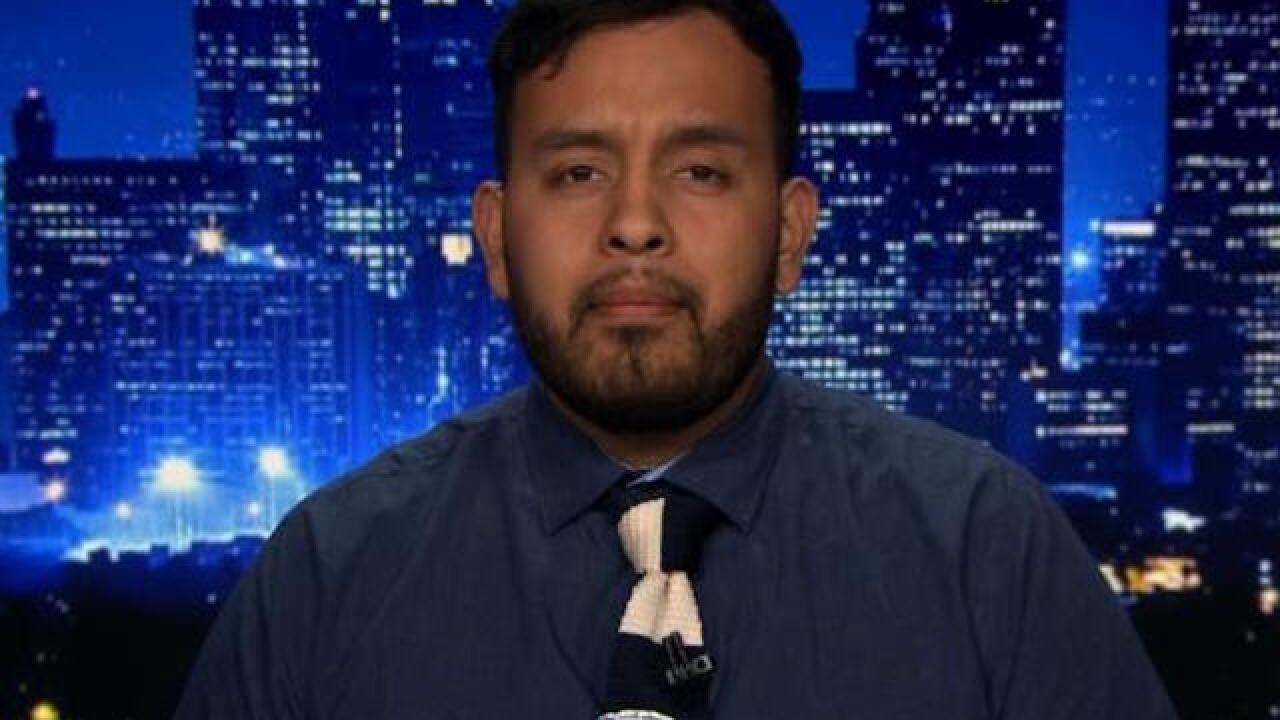 A Latino man and his mother who were doing yard work in California were verbally attacked by a woman who called them "illegals" and "rapists," and a video of the encounter has gone viral.

Esteban Guzman, a 27-year-old systems administrator who is also a part-time landscaper, told CNN's Don Lemon that he confronted the unidentified woman after hearing her yell, "Go back to Mexico" to his mother.

"I said 'Hey, what's your problem?'" Guzman, who said he was born and raised in the Lake Arrowhead area of Southern California, told Lemon. "And she says, 'You're all illegal. Go back to Mexico.' And I say, 'I am a United States citizen. What are you talking about?'"

The video of the encounter, shot by Guzman's mother was posted on Twitter Monday and had garnered more than 2 million views by Monday night.

The footage shows the woman pointing her finger at Guzman's face and berating the California native.

A friend, Esteban Guzman sent me this video of a racist white woman harassing him while out working with his mom.

"Why do you hate us?"
"Because you're Mexicans."
"We are honest people right here!"
"Haha..yeah.. rapists & animals."

"Why do you hate us?" Guzman asked during the encounter.

"Because you're Mexicans," the woman replied.

The woman also said, "even the President of the United States says you're a rapist."

Guzman told CNN he has never seen the woman before their confrontation. CNN was unable to immediately determine the woman's identity to try to reach her for comment.

"I'm not that person that, you know, that the President of the United States says I am," Guzman said he told the woman. "People look at me and they see what he said on TV and that's not true. That's not true for any of us."

During a June 2015 speech announcing his candidacy, Trump referred to some Mexican immigrants as "rapists."

Guzman added that racism is "alive and well today" and that people are more embolden to attack Mexican immigrants.

Guzman went on to say how proud he was of his exchange with the unidentified woman.