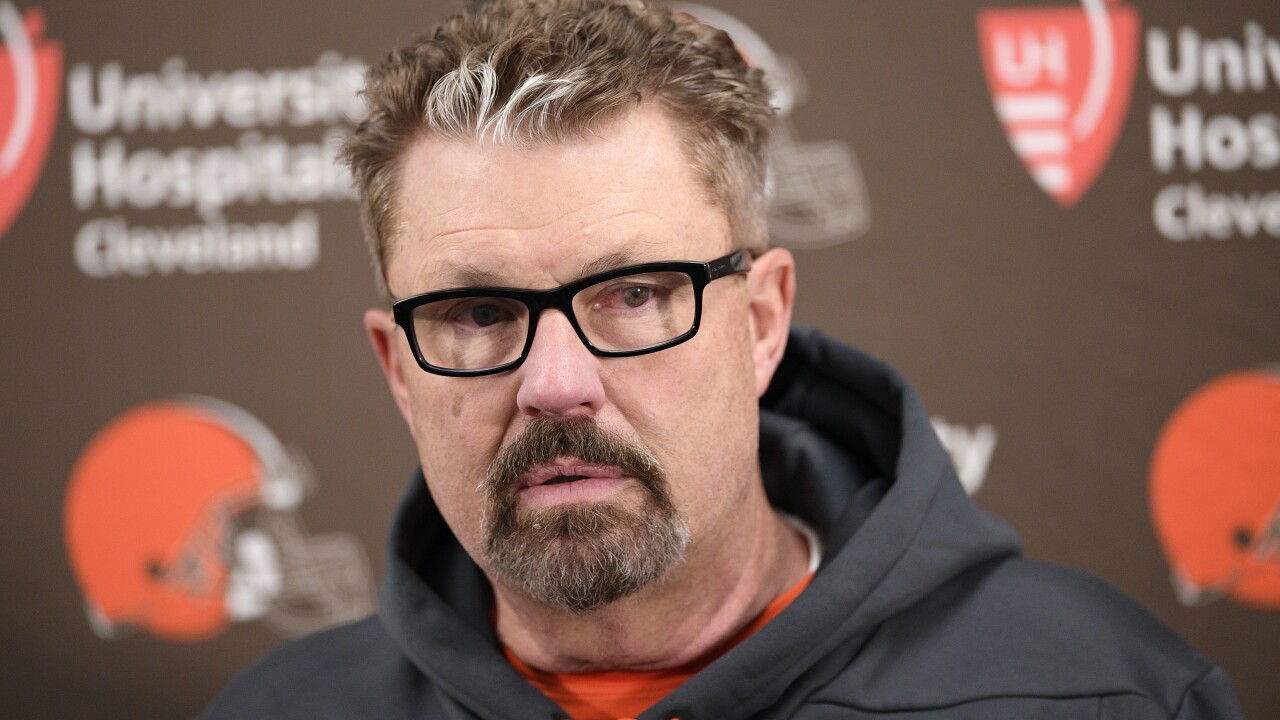 CLEVELAND (AP) -- Gregg Williams had his interview with the Browns, who were impressed by his leadership as coach in the second half this season.

Williams went 5-3 as Cleveland's interim coach after taking over when Hue Jackson was fired on Oct. 29. The 60-year-old Williams is the first candidate to meet with general manager John Dorsey.

The Browns are looking for their ninth coach since 1999. But unlike previous years, the team has a promising future with quarterback Baker Mayfield and Dorsey is determined to find the right person to lead his young team.

Dorsey was anxious to learn more about Williams' long-term vision. Williams spent the past two seasons as Cleveland's defensive coordinator, and his impressive run after replacing Jackson could lead to him coaching the Browns or another team.

Dorsey has contacted as many as eight candidates. He'll interview Browns coordinator Freddie Kitchens, who worked well with Mayfield in the final eight games.