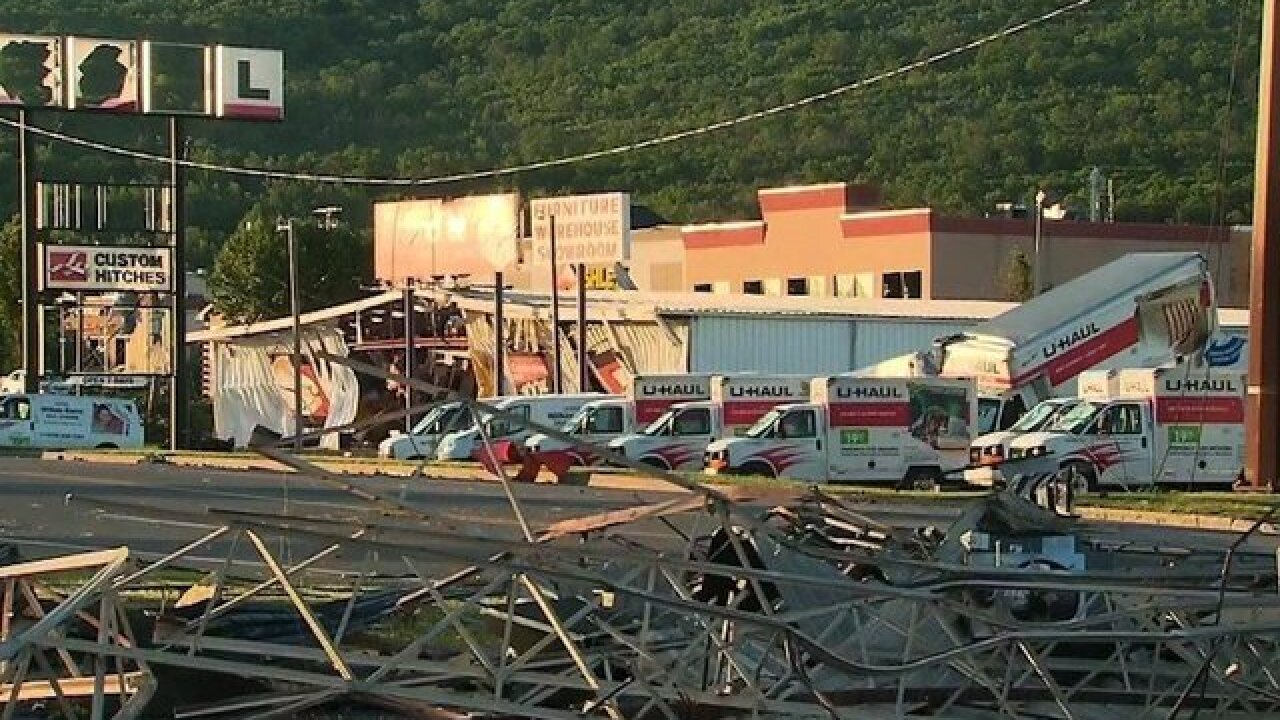 Drone video footage from Thursday morning showed roofs had been damaged or torn off several businesses. Trucks lay overturned in the parking lot at a U-Haul store.

No fatalities have been reported, Ron Smith, the township police chief, said at a news conference Thursday. Those with minor injuries were treated at the scene and didn't have to go to a hospital, he said.

Emergency crews searched through debris for people who might not evacuated the area. Residents were asked to stay away.

Wilkes-Barre Township Mayor Carl Kuren said it was fortunate the bad weather hit about an hour after the mall closed. "There could have been a real catastrophe," he said.

Smith said mall officials have told him they expect to reopen Friday.

The National Weather Service is expected to send a survey team Thursday to evaluate whether strong winds or a tornado caused the damage.

At least seven tornadoes have been reported in Pennsylvania this year, CNN meteorologists said.