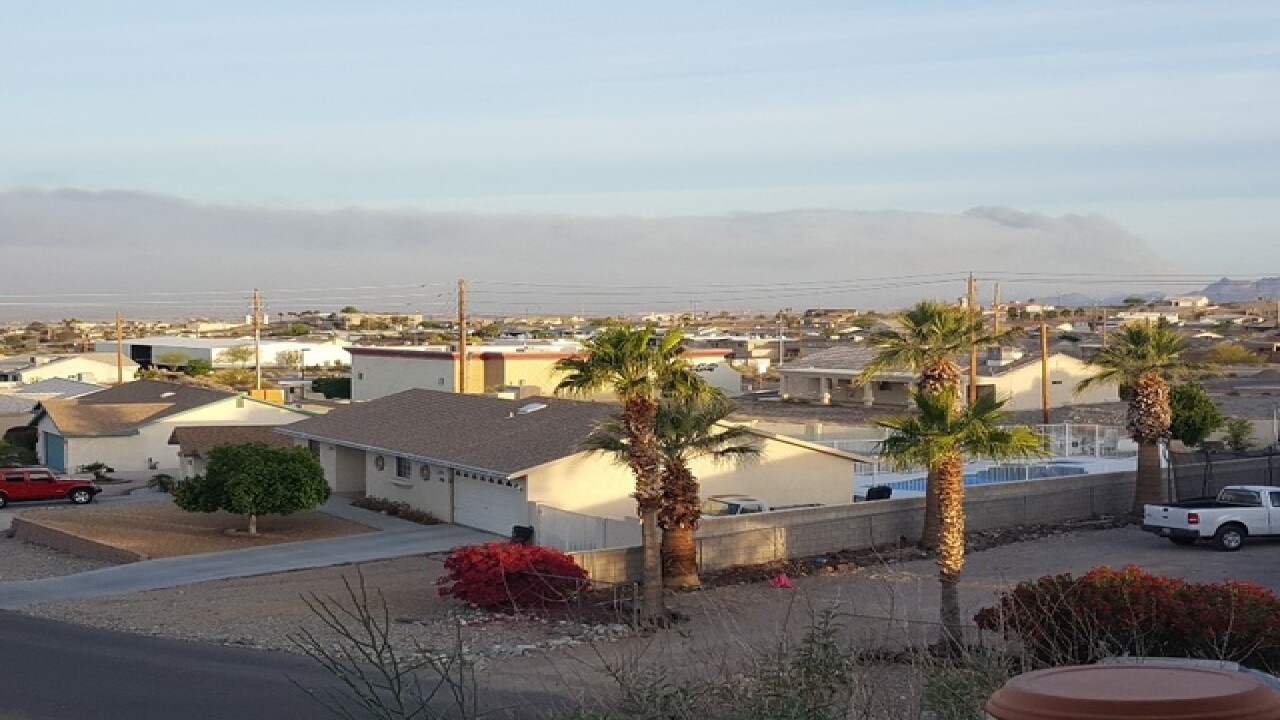 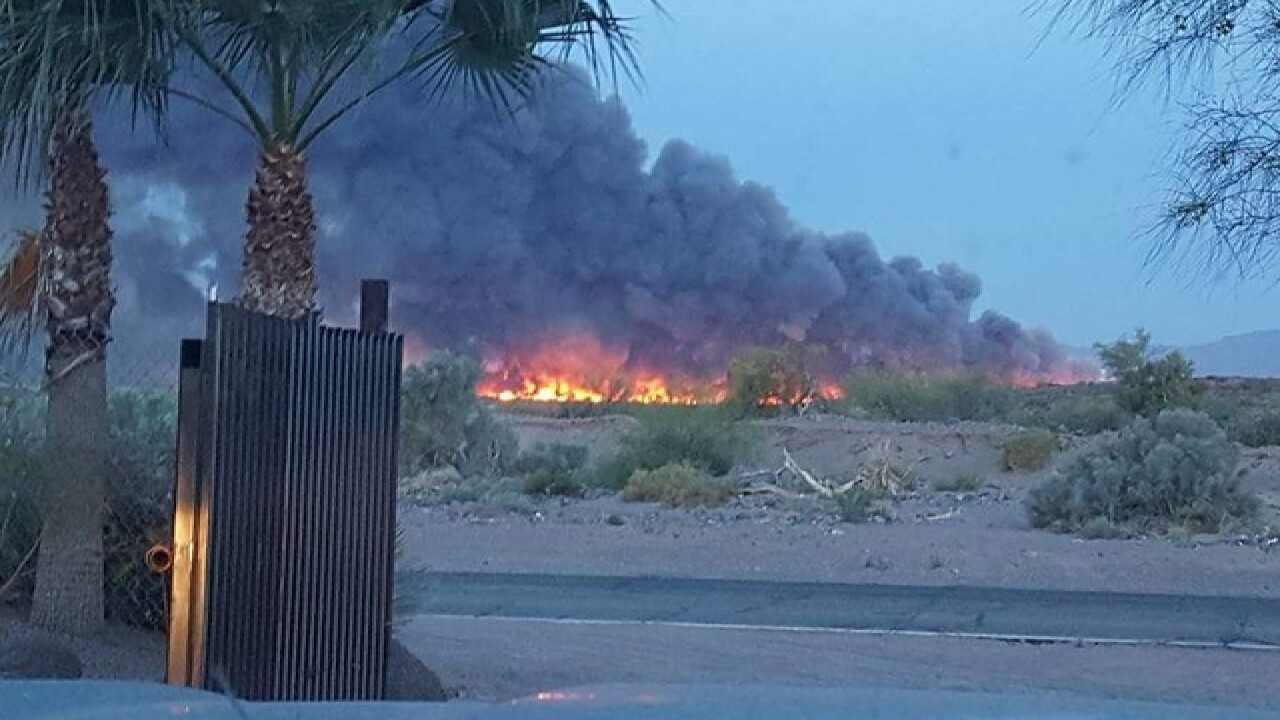 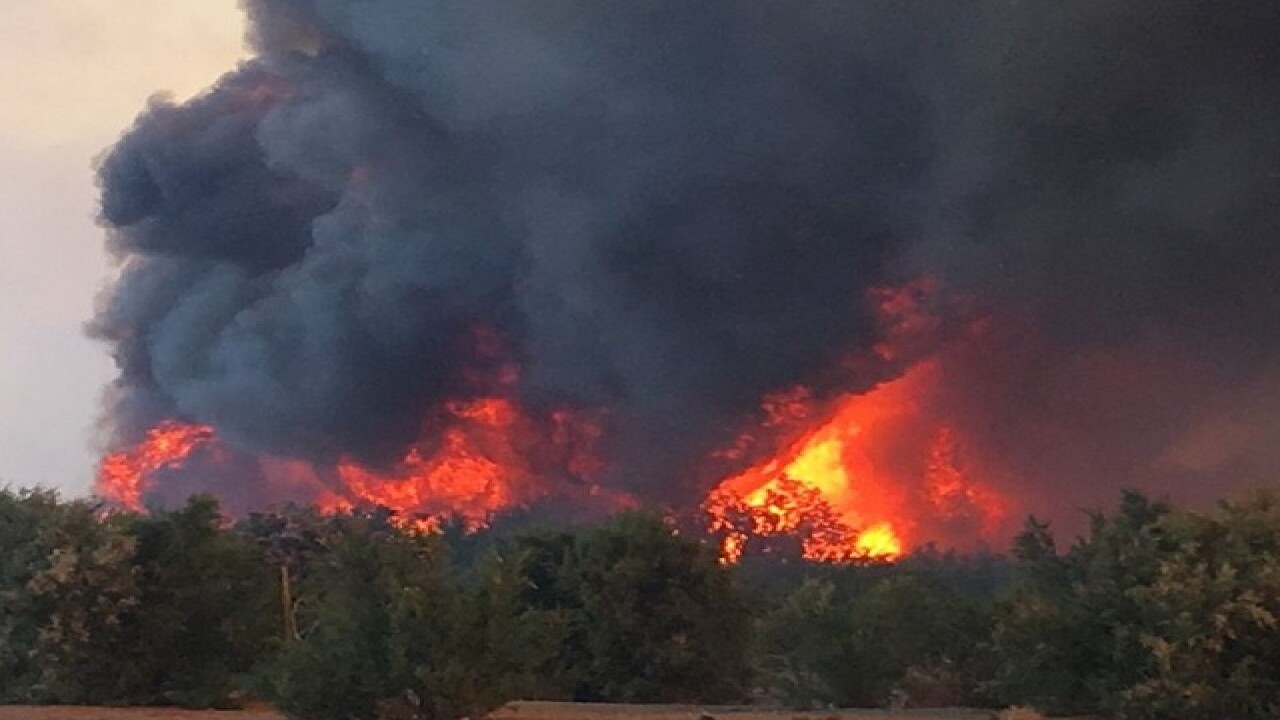 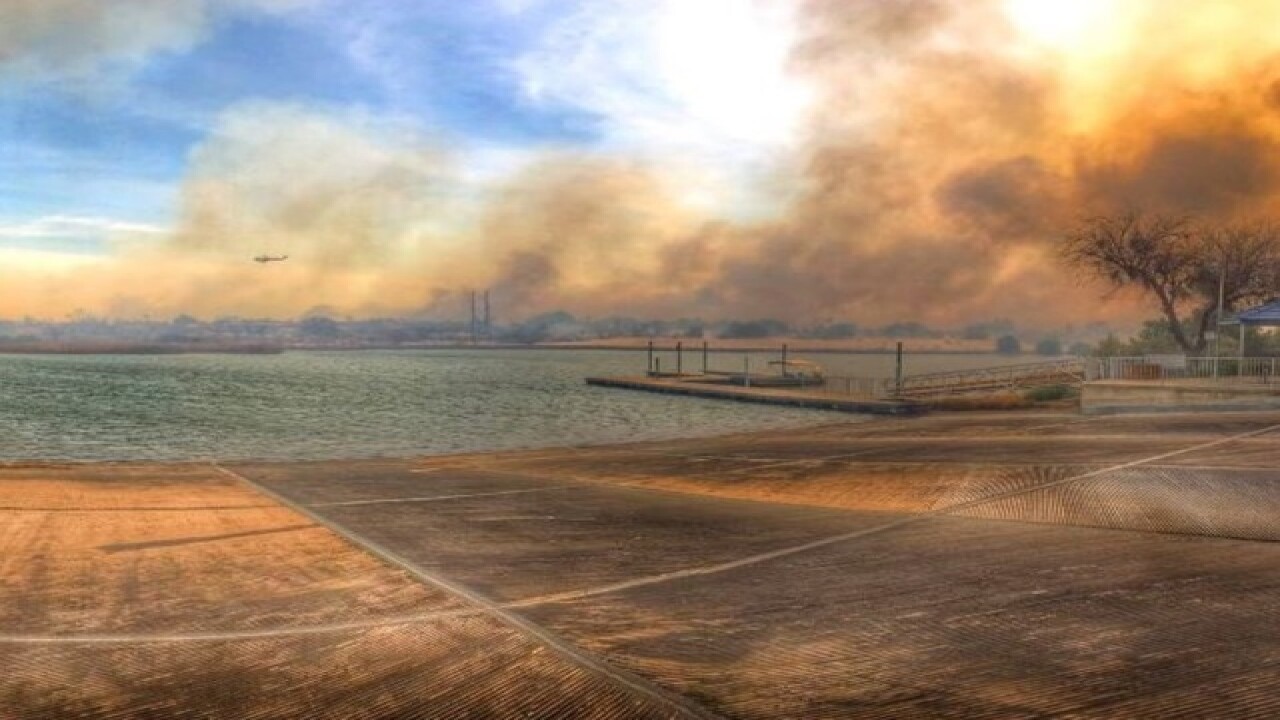 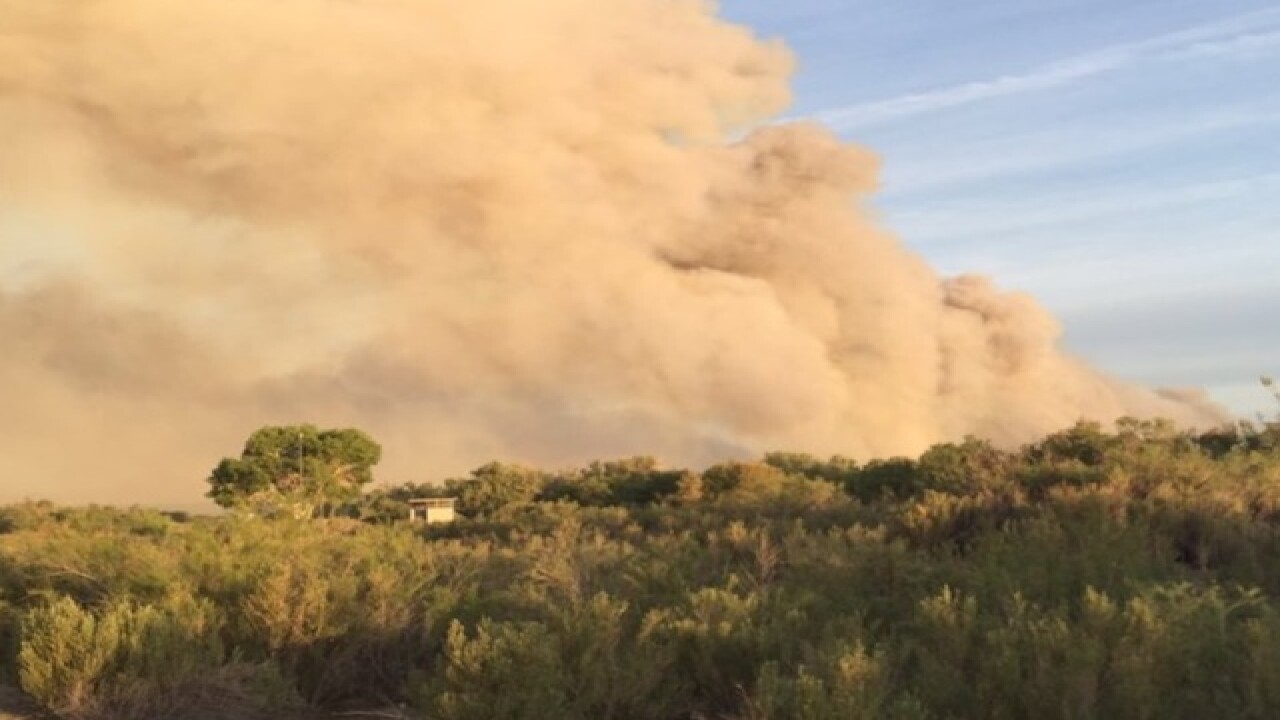 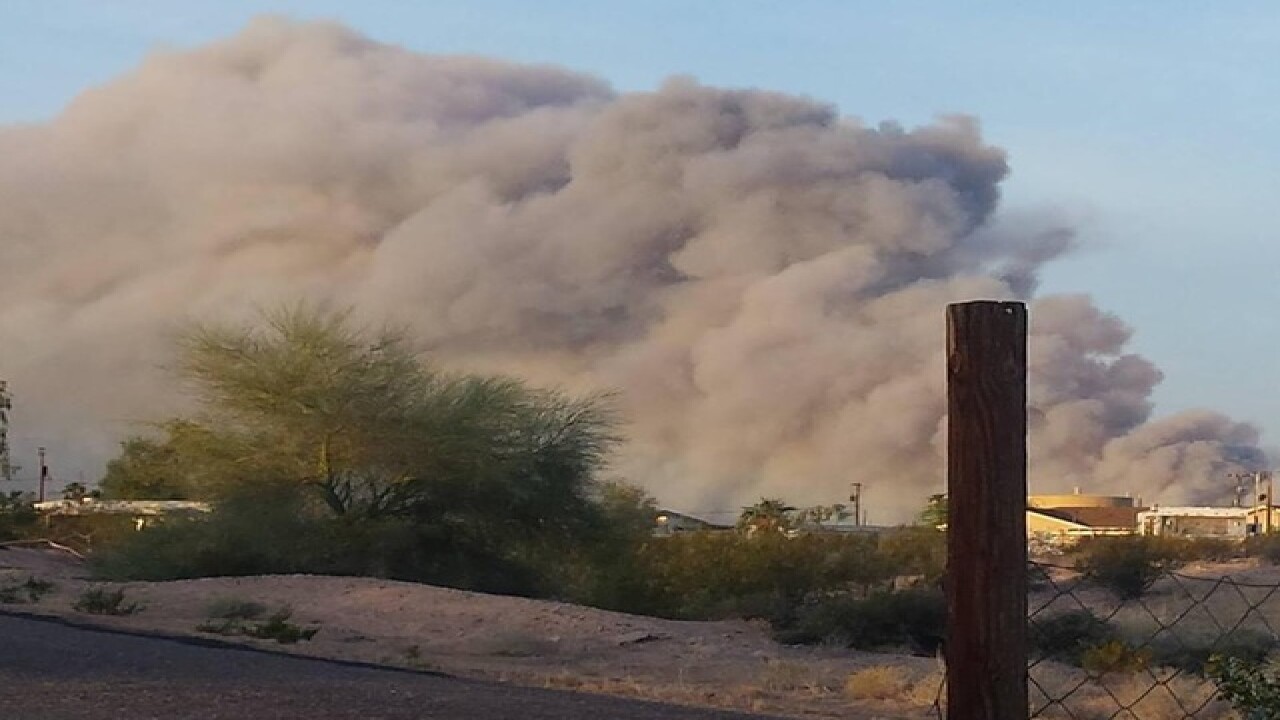 #TopockFire is the official name of the fire being referred to as #PirateFire in CA. The origin is in #AZ on the Topock NWR #AZFire #CAFire

The "Topock Fire," burning south of Topock and northwest of Lake Havasu City, has burned 1,438 acres in both Arizona and California.

#BREAKING evacuated resident told me "it was like Armageddon" for the #topockfire @abc15 @KTNV pic.twitter.com/tauZPT4ffm

The Bureau of Land Management in Arizona said the fire originated on the Arizona side before spreading to California. A massive fire has also hit Oklahoma, the Weather Channel reported .

FAST FACTS: What you need to know now about the "Topock" fire

Flames sparked in Arizona and winds pushed them across the Colorado River into California, Mohave Valley Fire said.

San Bernardino County Fire tweeted that structures are threatened, and one has so far been damaged by the flames. Mohave Valley Fire says threatened areas include RV parks and the Topock Marina.

There is a mandatory evacuation in place for some areas.