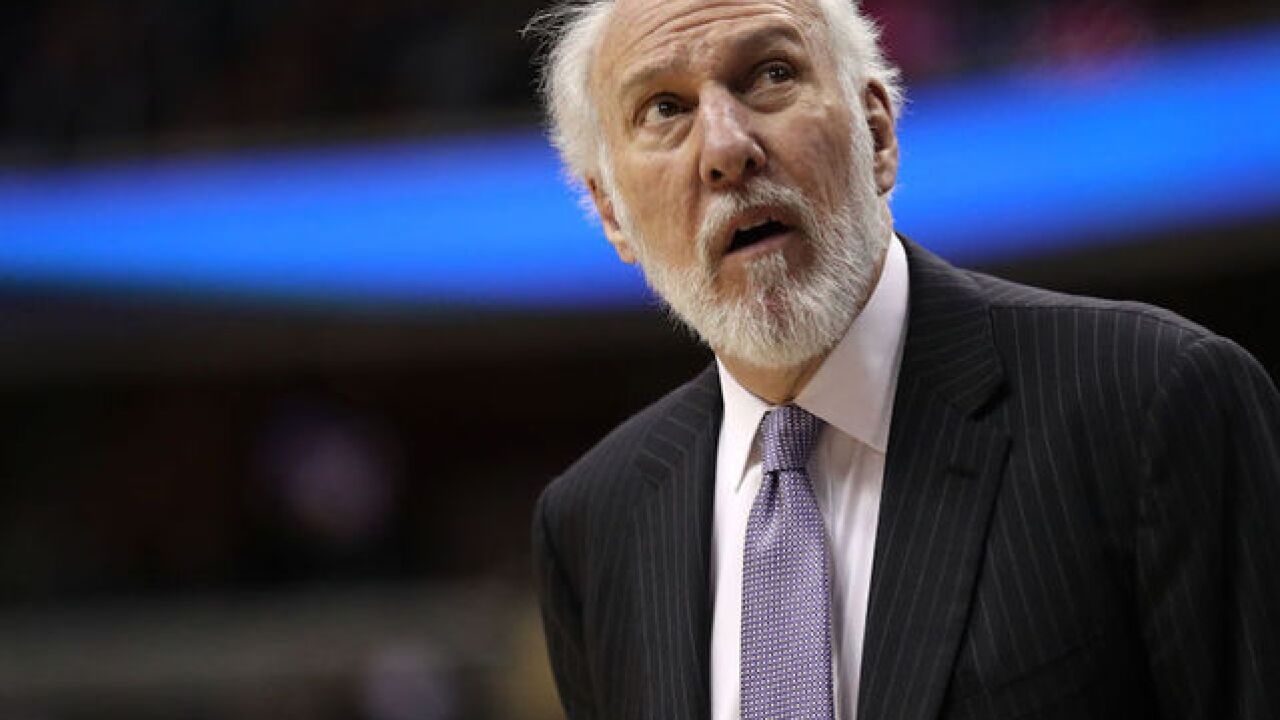 Copyright Getty Images
Patrick Smith
<p>WASHINGTON, DC - MARCH 27: Head coach Gregg Popovich of the San Antonio Spurs looks on against the Washington Wizards during the first half at Capital One Arena on March 27, 2018 in Washington, DC. NOTE TO USER: User expressly acknowledges and agrees that, by downloading and or using this photograph, User is consenting to the terms and conditions of the Getty Images License Agreement. (Photo by Patrick Smith/Getty Images)</p>

Erin Popovich, the wife of outspoken NBA coach Gregg Popovich, died on Wednesday at the age of 67, the Spurs announced.

The couple were married for four decades, and had two kids together.

“We mourn the loss of Erin,” said Spurs General Manager RC Buford. “She was a strong, wonderful, kind, intelligent woman who provided love, support and humor to all of us.”

The news spread quickly through the basketball world on Wednesday, as the first round of the NBA Playoffs were taking place. Gregg Popovich's fiercest rivals were expressed deep sympathies for the long-time Spurs coach.

One of Gregg Popovich's rival coaches, Golden State's Steve Kerr, was reportedly too stunned to comment on the news on Wednesday. Kerr's Warriors are in the midst of a best-of-seven playoff series against San Antonio.

"I just want Pop to know that the whole NBA family is supporting him and got his back through it all," Durant said, according to ESPN. "It's bigger than the game.

After his Cleveland Cavs defeated the Indiana Pacers 100-97 on Wednesday, Cavs forward LeBron James gave a tearful interview to TNT about Popovich's passing.

"I'm obviously a huge Pop fan. I love Pop. That's such a tragedy, and my best wishes goes out to Pop and his family. That's devastating news, and holy... the NBA family, I know we compete every night., but something like this puts everything in perspective. I send my well wishes."

"That's such a tragedy. My best wishes go out to Pop and his family." - @KingJames on the passing of Erin Popovich pic.twitter.com/83dc09urac

While Gregg Popovich is the winningest active coach in the NBA, he is also arguably one of the most vocal. Popovich has taken strong positions on social issues such as gun control and racial inequality.