Who is NRA spokeswoman Dana Loesch? 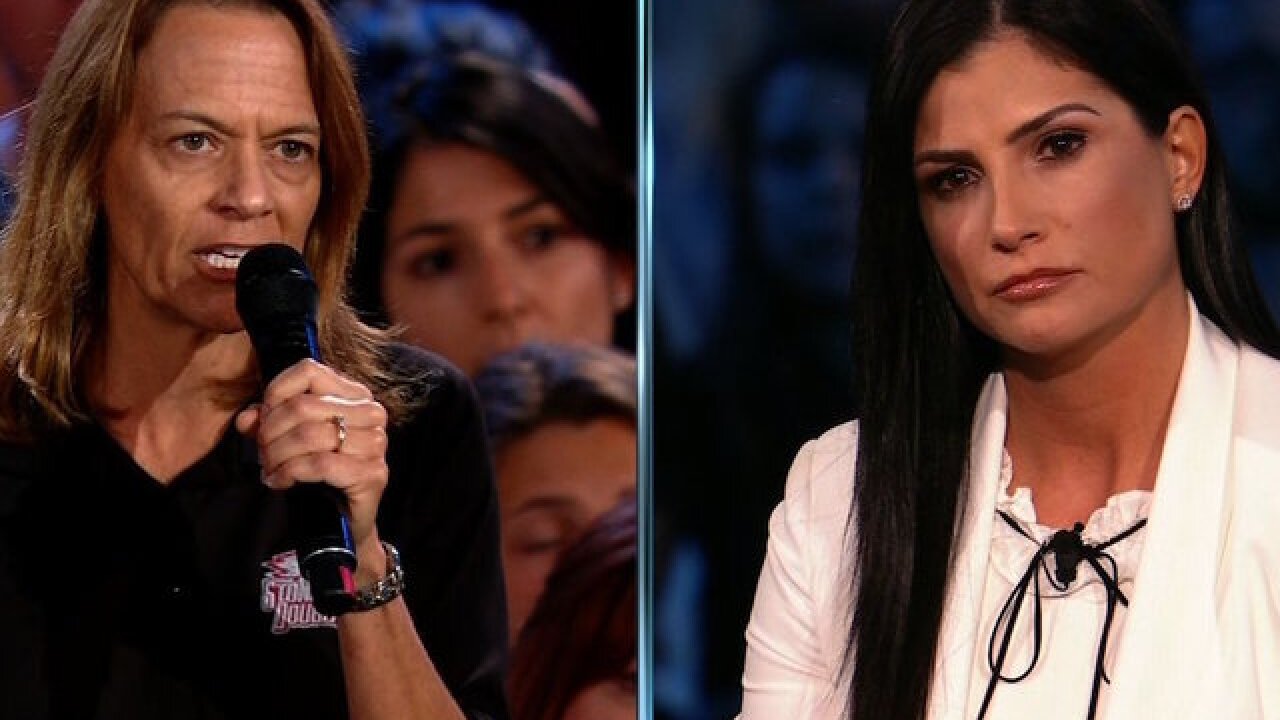 Copyright Getty Images
CNN
<p>Dana Loesch, the spokesperson for the National Rifle Association, says a shooter who killed 17 people last week at a school in Florida should not have been able to get a firearm.</p>

The victims' families and survivors of the Florida high school shooting have not held back, calling out the National Rifle Association in the days since the massacre.

On Wednesday, Dana Loesch, the organization's national spokeswoman faced them for the first time.

Loesch said the organization feels the process for buying firearms is flawed and ensured the audience that the NRA is fighting for them. But the crowd booed as she left the event.

Loesch was just named national spokeswoman for the NRA last year, but she has been a staunch advocate for Second Amendment rights for quite some time.

She is also a conservative talk show host, blogger and TV political commentator.

The gun-rights advocate has authored two books, including "Hands Off My Gun: Defeating the Plot to Disarm America," in which she focuses on the history of the Second Amendment and explains how "gun confiscation would mean to Americans' basic rights as citizens."

On her right forearm, Loesch has a tattoo referencing a biblical passage. The verses from the book of Ephesians are a call for Christians to "put on the full armor of God" in order to protect themselves from evil.

Before becoming the national spokeswoman for the NRA, Loesch was a special adviser for the organization focusing on women's policy issues.

Last year, Loesch was at the center of a controversial NRA ad that prompted a member to quit the organization.

The ad -- narrated by Loesch -- caused a social media uproar for its use of imagery of protests and for blaming protests on Hollywood entertainers and former President Barack Obama while encouraging new membership.

Women's March co-president Tamika Mallory responded with an open letter claiming the ad was a "direct endorsement of violence" against protesters.

Mallory slammed the NRA for demonstrating "a complete disregard for the lives of black and brown people in America" for failing to "make any statement defending the civil rights" of Philando Castile, who was fatally shot by a police officer in 2016 during a traffic stop.

Years before becoming an influential conservative voice, the native Missourian spent her days homeschooling her children and writing her motherhood blog called Mamalogues.

The blog eventually became a column in the St. Louis Post-Dispatch newspaper.

It was there in Missouri, where she first transmitted her radio show, the Dana Show, which has been nationally syndicated since then.

Her rise in the national political sphere began around 2009 after she co-founded the St. Louis Tea Party Coalition.

Loesch was once a writer and editor for the far-right website Breibart News and had an online and TV show at Glenn Beck's The Blaze.

When she subsequently started appearing as a political commentator on several TV networks -- including CNN -- Loesch slowly positioned herself as a "fresh face to a movement some would like to dismiss as just angry white men," according to the St. Louis Post-Dispatch.

As she has turned into a bona fide celebrity with thousands following her on social media and at events around the country, she faced the dangers of public life.

Loesch tweeted in October that she and her family moved out of their home after receiving repeated death threats.