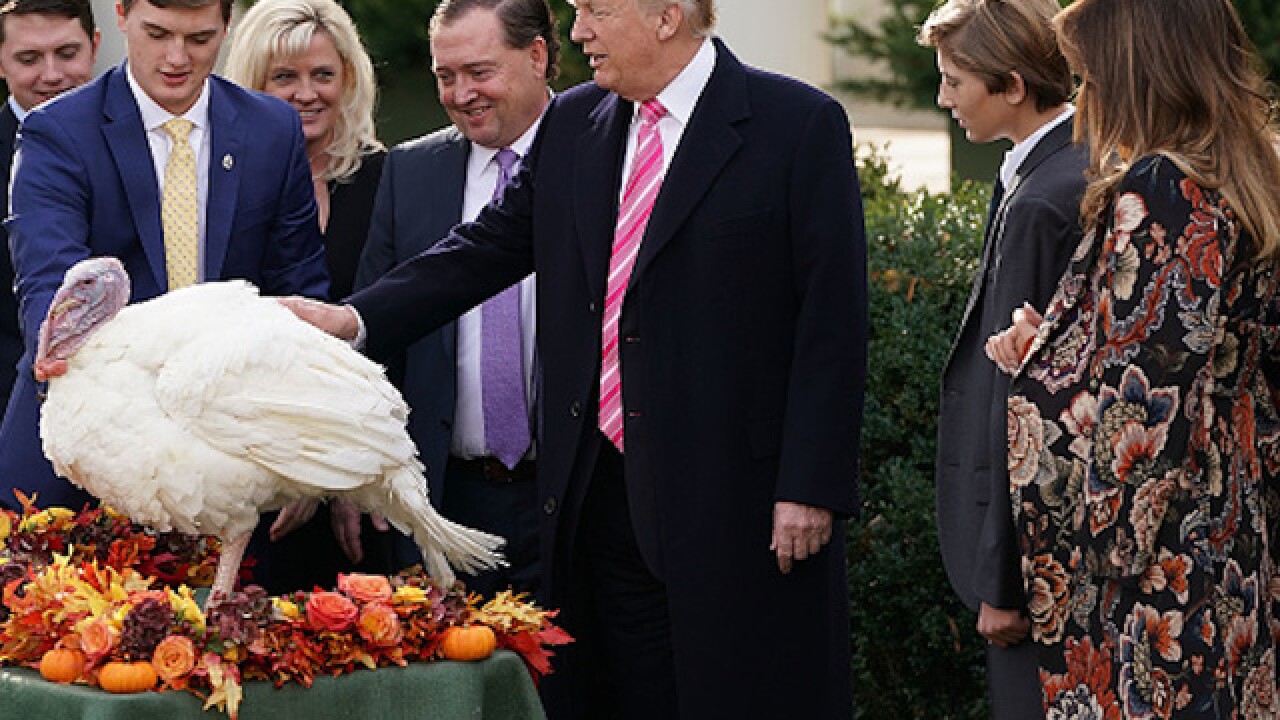 Image copyright 2017 Getty Images. All rights reserved. This material may not be published, broadcast, rewritten, or redistributed.
Chip Somodevilla
<p>WASHINGTON, DC - NOVEMBER 21: U.S. President Donald Trump (C), first lady Melania Trump and their son Barron participate in a ceremony to pardon the National Thanksgiving Turkey with National Turkey Federation Chairman Carl Wittenburg and his family in the Rose Garden at the White House November 21, 2017 in Washington, DC. Following the presidential pardon, the 40-pound White Holland breed which was raised by Wittenburg in Minnesota, will then reside at his new home, 'Gobbler's Rest,' at Virginia Tech. (Photo by Chip Somodevilla/Getty Images)</p> 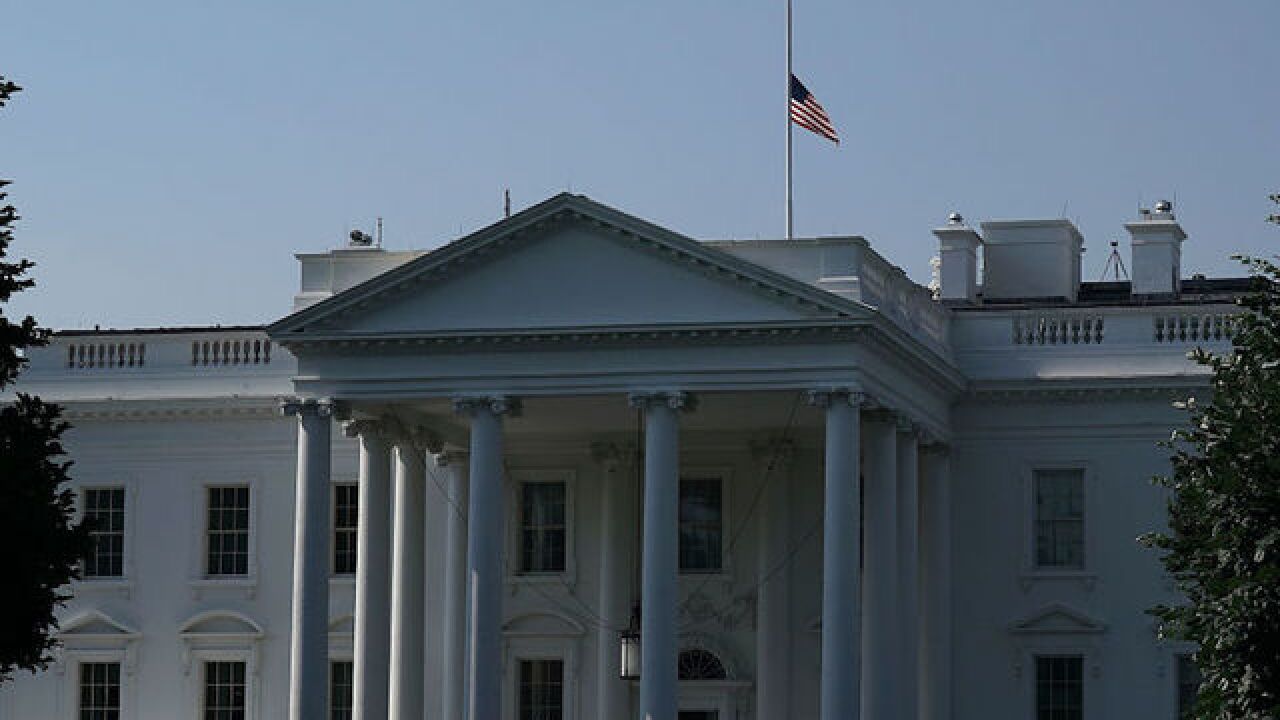 Peas and Carrot will both likely be spared of the fate of becoming a Thanksgiving meal by President Trump — but only one will be named "National Thanksgiving Turkey."

On Monday, the two South Dakota-grown turkeys have introduced at the Intercontinental Hotel in Washington, D.C.

After meeting the President on Tuesday, Peas and Carrot will "retire" to Virginia Tech, where they'll join last year's pardoned turkeys — Drumstick and Wshbone.

Last year, the Drumstick beat out Wishbone as the nation's Thanksgiving Turkey, beating out his buddy, Wishbone. President Trump later pardoned both turkeys, which now live in a farm at Virginia Tech in Blacksburg, Virginia.

Click here to vote for which turkey you'd like to see be named the "National Thanksgiving Turkey" of the year.