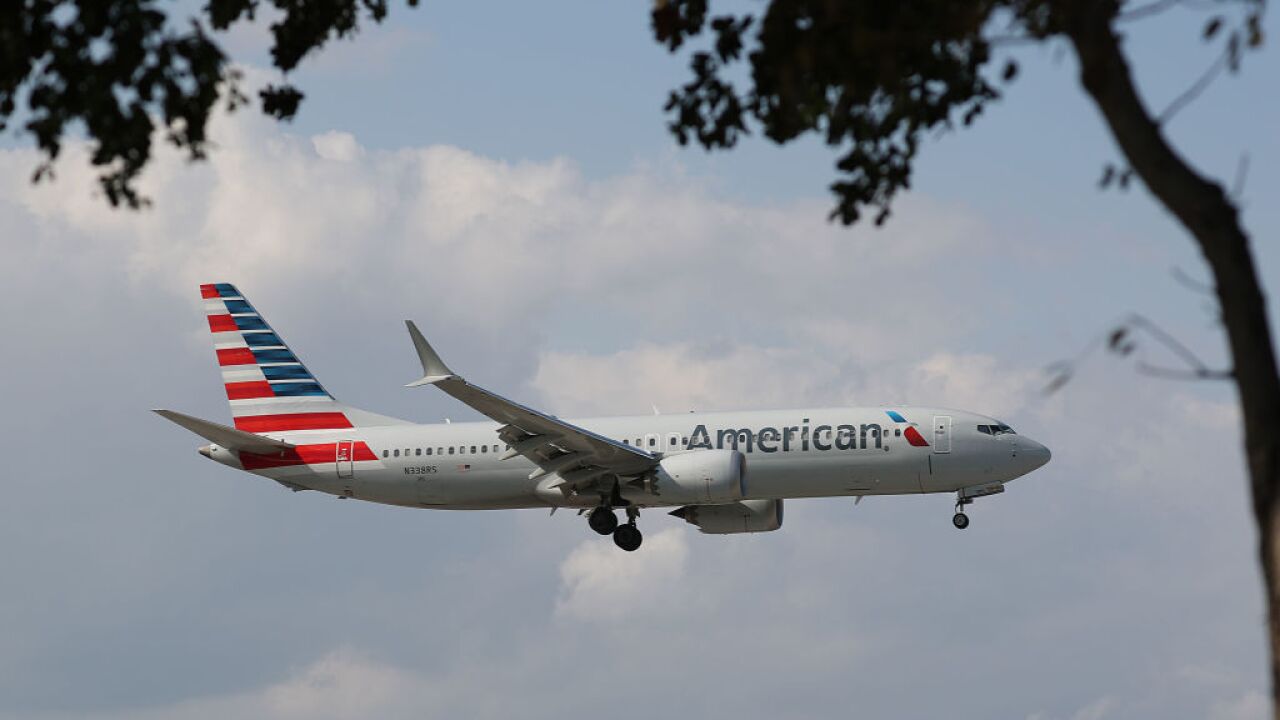 An investigation is underway after a Boeing 737 Max 8 aircraft crashed Sunday in Ethiopia, killing all 157 people on board.

It is the second time in less than six months that one of the planes has crashed within minutes of takeoff, after a new Lion Air Boeing 737 Max 8 flight went down over the Java Sea last October, killing 189 people.

Both crashes are under investigation and there is no evidence of a link between the two, but similarities between the incidents have prompted caution among some aviation authorities and airlines.

There are approximately 350 Boeing 737 Max 8 aircraft in operation worldwide, being flown by 54 operators, according to the US Federal Aviation Administration (FAA).

Read on to find out which airlines and aviation authorities have grounded Boeing 737 Max 8 aircraft, and which will continue to fly the planes.

Who is grounding planes?

The carrier has grounded the remaining four Boeing 737 Max 8s in its fleet until further notice, as an "extra safety precaution."

Chinese airlines including the "Big Three" Chinese carriers -- China Airlines, China Eastern and China Southern -- operate 97 of the planes, according to state-run media. In the wake of Sunday's crash, the country's Civil Aviation Administration ordered all domestic 737 Max 8 jets out of the air by 6 p.m. local time Monday, citing "zero tolerance for safety hazards."

In a statement, the Directorate General of Air Transportation at the Ministry of Transportation said the policy would "ensure that aircraft operating in Indonesia are in an airworthy condition."

The Mexican carrier is temporarily suspending the use of its six 737 Max 8 planes "until more thorough information on the investigation of flight ET302 accident can be provided."

The Argentine airline said it would temporarily suspend commercial operations for the five 737 Max 8s in its fleet.

The South African carrier said it would remove the 737 Max 8 from its flight schedule, despite the fact that "neither regulatory authorities nor the manufacturer has required it to do so."

"While Comair has done extensive preparatory work prior to the introduction of the first 737 Max 8 into its fleet and remains confident in the inherent safety of the aircraft, it has decided temporarily not to schedule the aircraft while it consults with other operators, Boeing and technical experts," the airline said in a statement.

South Korean low-cost carrier Eastar Jet said it would temporarily ground its two 737 Max 8 planes starting Wednesday to "dispel the worry and concern of the people."

The company said operations would resume when there were no more safety concerns.

TUI Airways -- one of the UK's largest air carriers -- issued a statement Tuesday confirming that all 15 of its 737 Max 8 aircraft operating in the UK have been grounded.

That decision follows guidance from the UK regulatory authorities, the carrier said.

The Brazilian airline has suspended flights of the seven 737 MAX 8s in its fleet, part of a total 121 Boeing aircraft.

In a statement, the company apologized for any inconvenience to customers.

On Tuesday, the Civil Aviation Authority of Malaysia announced the immediate suspension of Boeing 737 MAX 8 operations in Malaysian airspace until further notice.

Icelandic airline Icelandair confirmed they are to suspend the aircraft in a tweet on their official account on Tuesday.

On Tuesday, Fly Dubai announced its fleet of Max 8 and Max 9 planes would be grounded at the order of the country's General Civil Aviation Authority.

Fiji Airways currently flies two 737 Max 8 aircraft and has three on order for 2019. It had previously said it would keep flying them before changing its mind on Wednesday after consulting with Fiji's Civil Aviation Authority.

Russia's second largest airlines, S7, announced Wednesday it would be grounding its two 737 planes until further notice until more detailed information was available about the Ethiopian Airlines crash.

Unlike much of the rest of the world, Canada continues to allow Max 8 planes to operate in its airspace. But carrier Sunwing Airlines announced Wednesday it would be grounding its fleet of four planes, not out of safety concerns but because it was too difficult to use them at present.

"For evolving commercial reasons unrelated to safety including airspace restrictions being imposed by some of our partner destinations, Sunwing Airlines has taken the decision," the airline said.

Who has banned the whole Boeing 737 Max range?

The suspension will start at 2 p.m. Singapore time and effect SilkAir, a regional carrier in the city-state, and the following airlines that fly into Singapore: China Southern Airlines, Garuda Indonesia, Shandong Airlines and Thai Lion Air.

Australia's Civil Aviation Safety Authority (CASA) has temporarily suspended airlines from flying all Boeing 737 Max jets to or from Australia.

"This is a temporary suspension while we wait for more information to review the safety risks of continued operations of the Boeing 737 Max to and from Australia," CASA CEO Shane Carmody said.

No Australian airlines fly the 737 Max, CASA said, but two foreign carriers had previously flown the aircraft into the country -- Singapore's SilkAir and Fiji Airways. SilkAir has been temporarily barred from flying any 737 Max out of Singapore by the city-state's aviation authority, though Fiji Airways said Tuesday that it would continue flying the two 737 Max 8s in its fleet.

CASA said in a statement it was working with Fiji Airways to minimize disruptions to passengers.

The UK has banned all 737 Max aircraft from its airspace, not just 8s, according to a spokesman.

"We have, as a precautionary measure, issued instructions to stop any commercial passenger flights from any operator arriving, departing or overflying UK airspace," the regulator said in a statement.

On Tuesday, the Omani Civil Aviation authority tweeted that it is suspending operations of Boeing 737 Max aircraft "until further notice."

Norwegian has 18 737 Max 8 aircraft and will temporarily suspend operations from Tuesday, according to a press release.

"French airline companies do not have Boeing 737 Max in their fleets. Nevertheless, given the circumstances of the accident in Ethiopia, the French authorities took the decision, as a precautionary measure, to prohibit any commercial flight carried out on a Boeing 737 Max to, from, or over French territory" the statement read.

The Irish Aviation Authority (IAA) has "temporarily" suspended Boeing all 737 Max aircraft from Irish airspace, a statement from the organization said on Tuesday.

The suspension came into effect at 11 a.m. ET on Tuesday.

"During the temporary suspension, the IAA will continue to work closely with the European Aviation Safety Agency (EASA), the US Federal Aviation Administration (FAA) and the manufacturer Boeing," the statement also said.

Turkey's transportation and infrastructure ministry said in a statement Tuesday that it is grounding all Boeing 737 Max type aircraft.

"This decision grounds the aircraft being operated by Turkish companies in Turkey. Turkey has not closed off it's airspace to the aircraft, but it is still on the table and is being reviewed," a spokesperson told CNN on Tuesday.

In a major blow to Boeing, the European Union announced Tuesday that all flights into, within or out of the EU on the Boeing Max aircraft would be banned.

From midnight Wednesday, all Boeing Max 8 and Max 9 planes were banned from UAE airspace, the General Civil Aviation Authority (GCAA) announced Tuesday, noting the similarities between the Lion Air crash in October and the Ethiopian Airlines disaster.

The Directorate General for Civil Aviation (DGCA) in Kuwait announced all Boeing 737 Max 8 flights would be banned until further notice.

New Zealand's Civil Aviation Authority announced Wednesday that Max 8 planes would not be allowed to fly into or out of the country temporarily, saying there was a "level of uncertainty" around the model.

One day after grounding all Indian carrier's fleets, the Ministry of Aviation announced its airspace was shut to all Boeing 737 Max aircraft until further notice on Wednesday.

Who is still flying the Boeing 737 Max?

The US carrier has 24 737 Max 8 aircraft in its fleet and says it has no plans to ground them at the moment.

In a statement, American Airlines expressed its condolences to the families of those killed, and said it would continue to monitor the investigation into the crash.

"At this time there are no facts on the cause of the accident other than news reports," read the statement. "We have full confidence in the aircraft and our crew members, who are the best and most experienced in the industry."

The US carrier has 34 of the aircraft in its fleet and says it does not plan to change its operational policies or procedures.

"We remain confident in the safety and airworthiness of our fleet of more than 750 Boeing aircraft," read a statement from the airline.

Also a US airline, United doesn't operate any Max 8s, but it does fly 14 737 Max 9s -- a longer version of the Max 8. The Max 9 has never crashed, but It was included in an FAA emergency airworthiness directive following the Lion Air tragedy.

Flydubai operates 11 Boeing 737 Max 8s, and says it "remain(s) confident in the airworthiness of our fleet."

"We are monitoring the situation and continue to be in touch with Boeing... The safety of our passengers and crew is our first priority," the airline said in a statement.

"The aviation sector is highly regulated and Flydubai rigorously adheres to all regulations," it added.

Canadian airline WestJet says it has 13 Max 8 aircraft and a total of 121 Boeing 737s in its fleet.

"We are monitoring the situation closely and will not speculate on the cause of the incident," the airline said in a statement. "WestJet remains confident in the safety of our Boeing 737 fleet including our 13 Max-8 aircraft first introduced in 2017."

What other aviation authorities are saying

On Sunday, the US aviation authority said it would help Ethiopian authorities investigate the crash.

Following the Lion Air crash involving a 737 Max 8 in October, the FAA said it had "sent out an emergency Airworthiness Directive to advise carriers and pilots on training to disengage the aircraft's automated controls if there are anomalies."

EASA said it was monitoring the crash investigation closely.

"We will immediately publish any further information on our website as the necessary information is available," the agency said in a statement.

India's aviation authority said Tuesday it would not ground the 737 Max 8s operating in the country. However it did announce a series of interim safety measures required of airlines operating the specific Boeing aircraft.

According to the DGCA, only two Indian carriers have 737 Max 8s in their fleets -- Spicejet has 12 and Jet Airways has five.