What to expect from Friday's massive National School Walkout 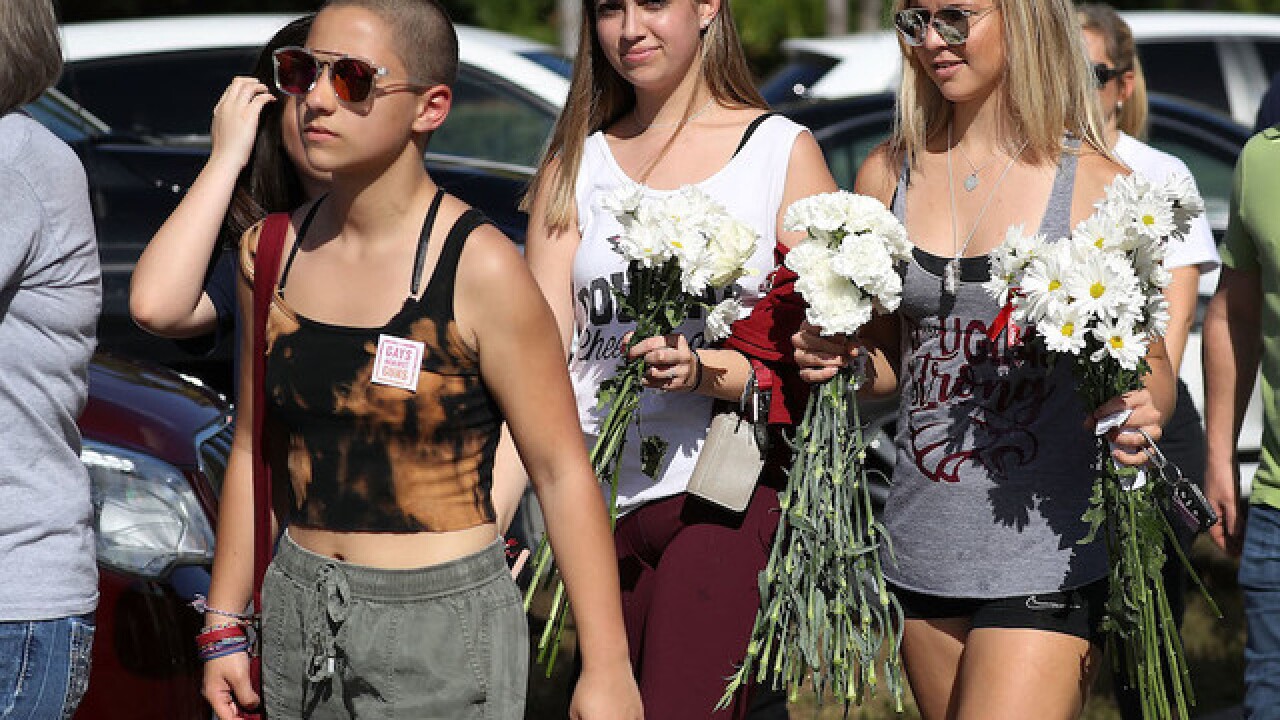 If you think students are done protesting gun violence, get ready for the National School Walkout .

On Friday morning, students from more than 2,500 schools across the country will stream out of class to demand lawmakers take action.

While the theme is familiar, this event is different. Here's what you need to know about Friday's student-led movement:

Why is this happening Friday?

April 20 is the anniversary of the 1999 Columbine High School massacre in Colorado, where 12 students and a teacher were killed.

That mass shooting took place 19 years ago, before today's high schoolers were even born.

But many students -- including current Columbine students -- say their lives have been shaped by sporadic school massacres, and not enough has been done to help prevent them.

What exactly will happen Friday?

At 10 a.m. in each time zone, students will walk out and observe a moment of silence for shooting victims.

What happens after that will be up to each school's walkout leaders.

One sample agenda suggests marching to a local lawmaker's office; allowing open-mic time for students to share concerns; and helping register those who are eligible to vote.

"For the rest of the day," the sample agenda reads, "students won't return to class, but will make calls to their Senators' offices and flood social media with calls for reform."

She was disturbed by her own reaction -- or lack thereof -- to the February massacre at Marjory Stoneman Douglas High School in Florida.

"When I found out about the shooting at MSD, I remember I didn't have a huge reaction. And because of that, I knew I needed to change myself, and we needed to change this country," Lane said.

"We should be horrified, and we're not anymore. It's American culture."

What are the goals of this walkout?

"Empowering students to do the walkouts and become leaders in their communities, speaking up when they see inaction," Lane said.

The movement also encourages young people to push for legislation at the state level if Congress doesn't act.

"The federal government can set standards and practices that apply to all states around gun safety. But states have the option of passing additional measures to protect their own residents from gun violence," the website says.

Such measures could include:

-- Placing a minimum age of 21 on all gun purchases

-- Implementing waiting periods between a gun purchase and gun transfer

Didn't we already have national protests after the Parkland massacre?

Yes. On March 14, the one-month anniversary of the Parkland tragedy, students walked out of school nationwide to honor the victims and demand stricter gun control.

And on March 24, students from across the country gathered in Washington, D.C., and hundreds of other sites to "March For Our Lives."

On that day, volunteers registered more than 4,800 new voters at dozens of "March for Our Lives" events.

So why have another walkout?

"This issue needs constant attention if we hope to change anything," the National School Walkout website says, "so multiple events on multiple days is a productive way to help fight for our cause, a safer country."

What's changed since the Parkland massacre?

While there hasn't been major congressional action, some cities and states have toughened gun control.

-- Allows certain school staff members to be armed, if they're trained and if local officials approve

-- Bans the sale or possession of bump fire stocks

-- Adds $69 million in funding for mental health services in schools

And in Vermont, Republican Gov. Phil Scott banned bump stocks ; limited the size of magazines; expanded background checks for gun purchases; and the raised the minimum age to purchase firearms to 21.

Yes. The acting legend wrote a letter for students to give to their principals, asking to excuse them for the walkout.

"Please excuse ____________ from classes on April 20th to participate in the National School Walkout," De Niro wrote, as confirmed by his representative.

Those reasons include health, community service, good citizenship and education.

"What an opportunity to teach these kids history by encouraging them to make history," De Niro wrote. "Thank you for helping our children discover the power of their voices in our democracy."