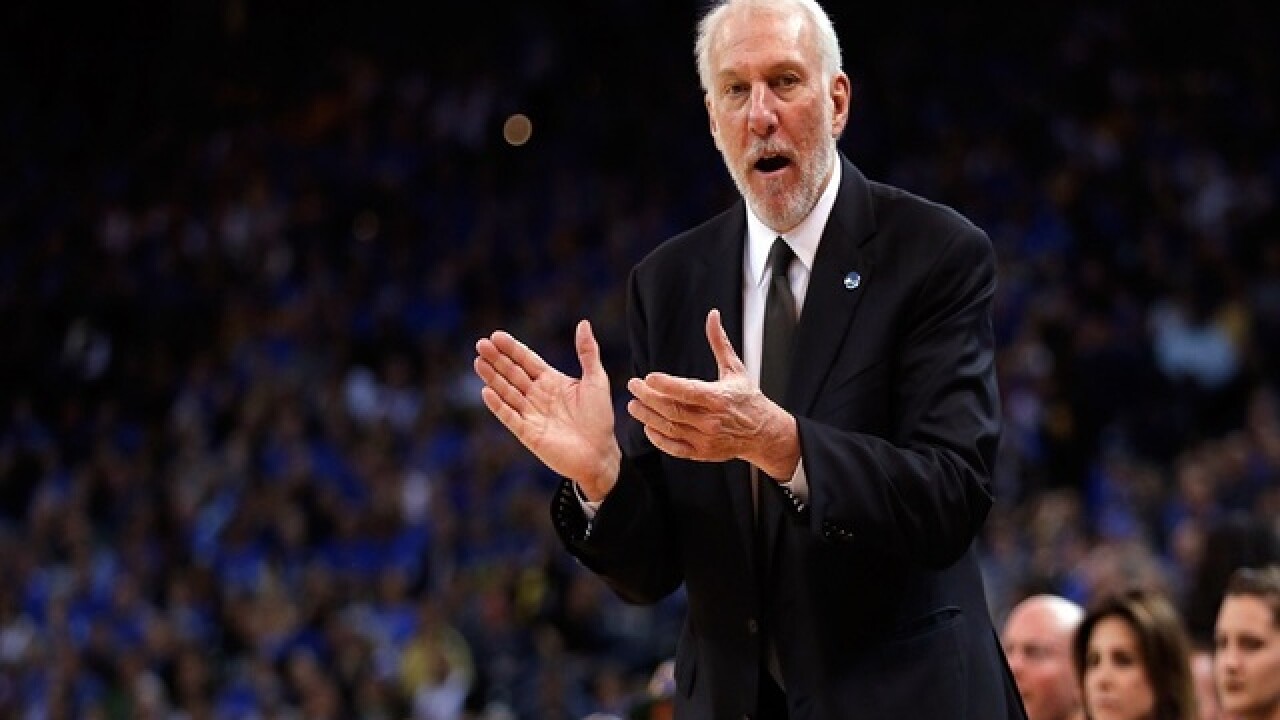 Ezra Shaw
<p>at ORACLE Arena on January 25, 2016 in Oakland, California. NOTE TO USER: User expressly acknowledges and agrees that, by downloading and or using this photograph, User is consenting to the terms and conditions of the Getty Images License Agreement.</p>

If you’re wondering who Spurs coach Gregg Popovich is rooting for in the 2016 presidential election, we unfortunately can’t confirm that.
What we can confidently say, however, is that he was somewhat dismayed with the results of Tuesday night’s primary in New Hampshire. So, it’s likely he’s either anti-Donald Trump, or a big supporter of Hillary Clinton.
A now-viral clip shows sports reporter David Aldridge giving Popovich the election results during an in-game interview. If you happened to miss it, Bernie Sanders and Donald Trump reigned supreme in the state’s election.
Once Aldridge utters “Sanders and Trump,” Popovich’s expression suddenly goes blank. In a comical mood change, he simply shakes his head and walks away.

While it’s unclear who exactly Popovich is supporting, if anyone,  Deadspin reports that the coach donated $5,000 to Barack Obama during the 2012 general election. However, he has yet to donate this time around.
KJRH