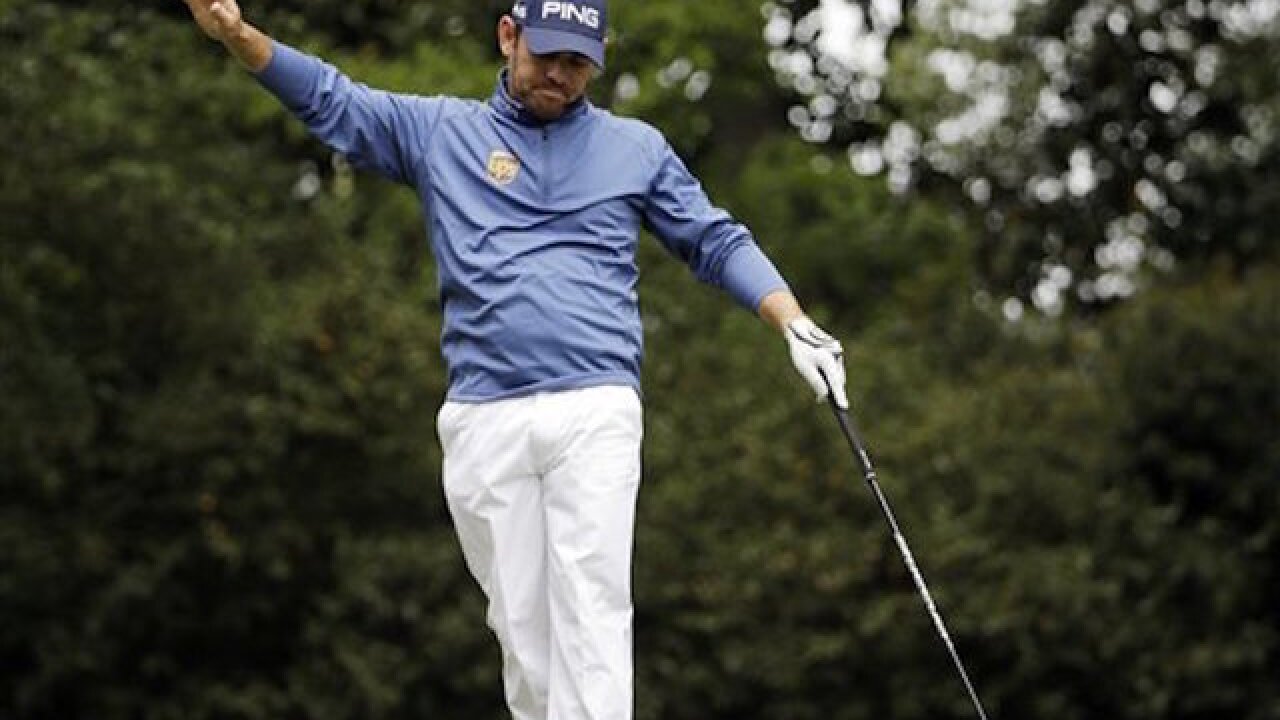 David J. Phillip
<p>Louis Oosthuizen, of South Africa, reacts after teeing off on the second hole during the final round of the Masters golf tournament Sunday, April 10, 2016, in Augusta, Ga. (AP Photo/David J. Phillip)</p>

AUGUSTA, Ga. (AP) — It seems like anyone can make an ace on No. 16 at the Masters. But how about a hole-in-one off another player's ball?

Louis Oosthuizen carded Sunday's third "1'' at the hole called Redbud, but his was an ace like no other.

Oosthuizen's tee shot hit above the hole and started moving left — much like the earlier shots by Shane Lowry and Davis Love III. Then, things got really wacky. Oosthuizen's ball kissed off an earlier tee shot by J.B Holmes, veered to the right, then redirected — straight into the hole.

It's the first time there have been three aces on the same hole at the same day at Augusta National.

And it simply adds to Oosthuizen's highlight reel here. In the final round in 2012, he holed out from the fairway on No. 2 for the double-eagle 2 — an albatross.