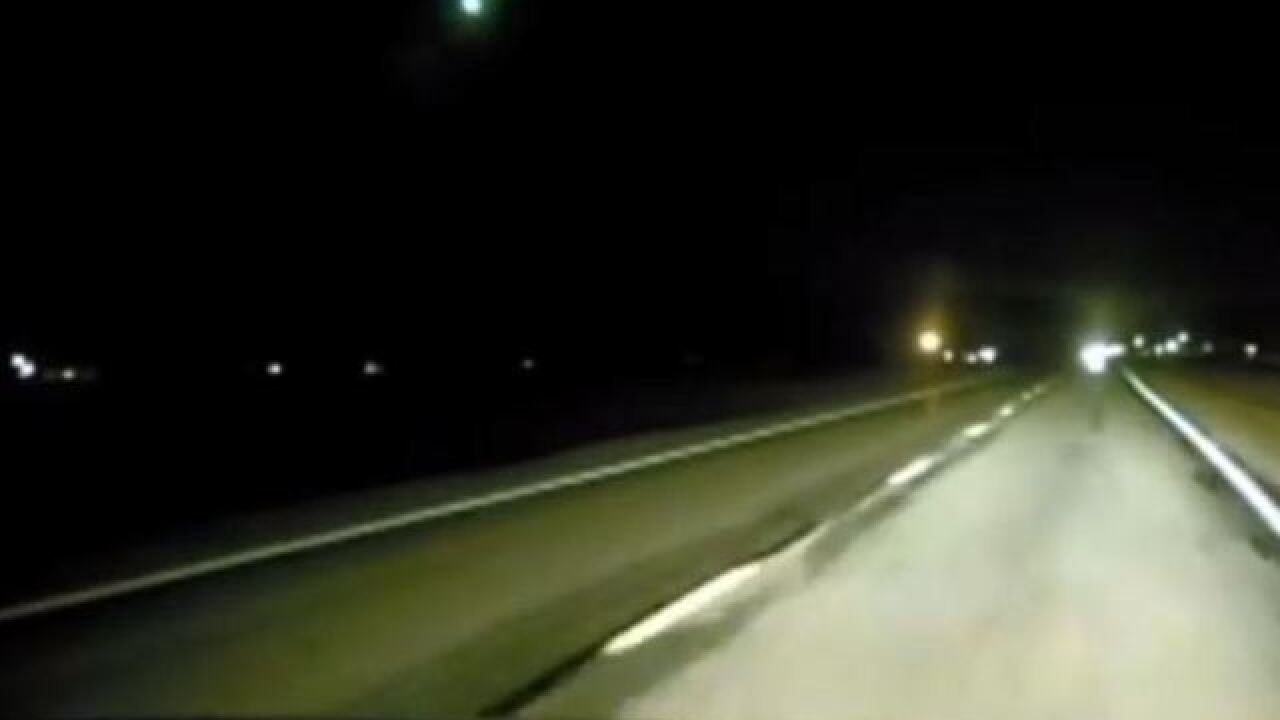 HOWARD COUNTY, Indiana — A Howard County sheriff's deputy in Indiana caught more than just the road ahead of his cruiser with his dash camera late Wednesday.

According to the sheriff's department, Cpl. Christopher Cramer was on patrol on State Road 22 near County Road 600 East when his camera recorded the bright flash of a meteor entering and burning up in Earth's atmosphere.

Watch the video below:

The meteor is part of the Geminid meteor shower.

According to an article by Scientific American , it is expected to be the best meteor shower of the year.