Walmart employees may soon get a more lax dress code 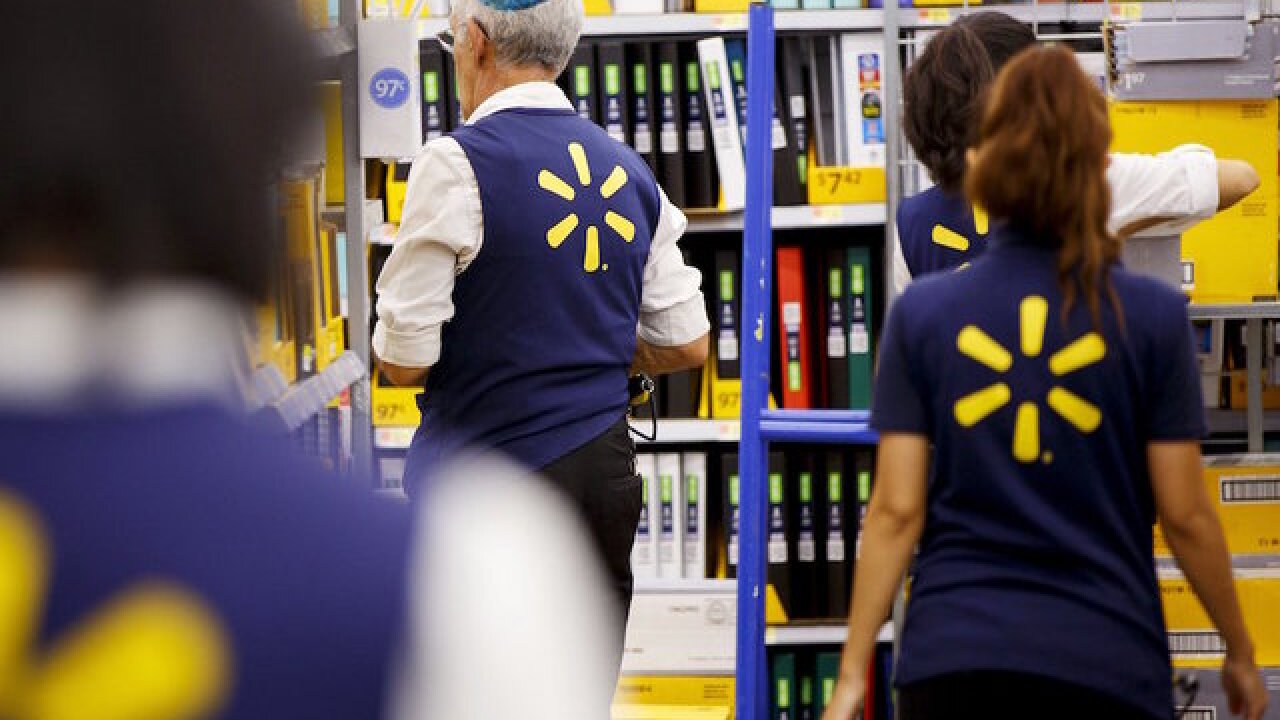 Copyright 2018 Scripps Media, Inc. All rights reserved. This material may not be published, broadcast, rewritten, or redistributed.
Bloomberg via Getty Images
<p>Walmart employees could soon be getting a little more wiggle room in their work attire.</p>

Walmart employees could soon be getting a little more wiggle room in their work attire.

The discount giant is testing a new dress code that would allow workers to wear any solid colored shirt and adds blue to the mix of approved pants colors, making blue jeans work-appropriate attire, a spokesperson said.

"We are always testing new ideas and concepts in a small number of our stores," spokesperson Justin Rushing said in an emailed statement "Some of these tests are expanded while others are retired. We won't know next steps on this test until we've had a chance to learn what works and what could work better."

The news was reported earlier by Bloomberg. The site reported about two dozen Walmart locations will test the new clothing policy.

Walmart employees at stores not included in the pilot will have to continue to abide by the old dress code, which bans blue jeans and stipulates khaki or black pants with a solid white or blue top.

One new dress rule, however, will be nationwide: Beginning April 14, new hires cannot have visible face tattoos, according to CBS News.

With 4,900 US stores, Walmart is the country's largest employer. About 1.5 million people are employed by the grocery and home goods giant.