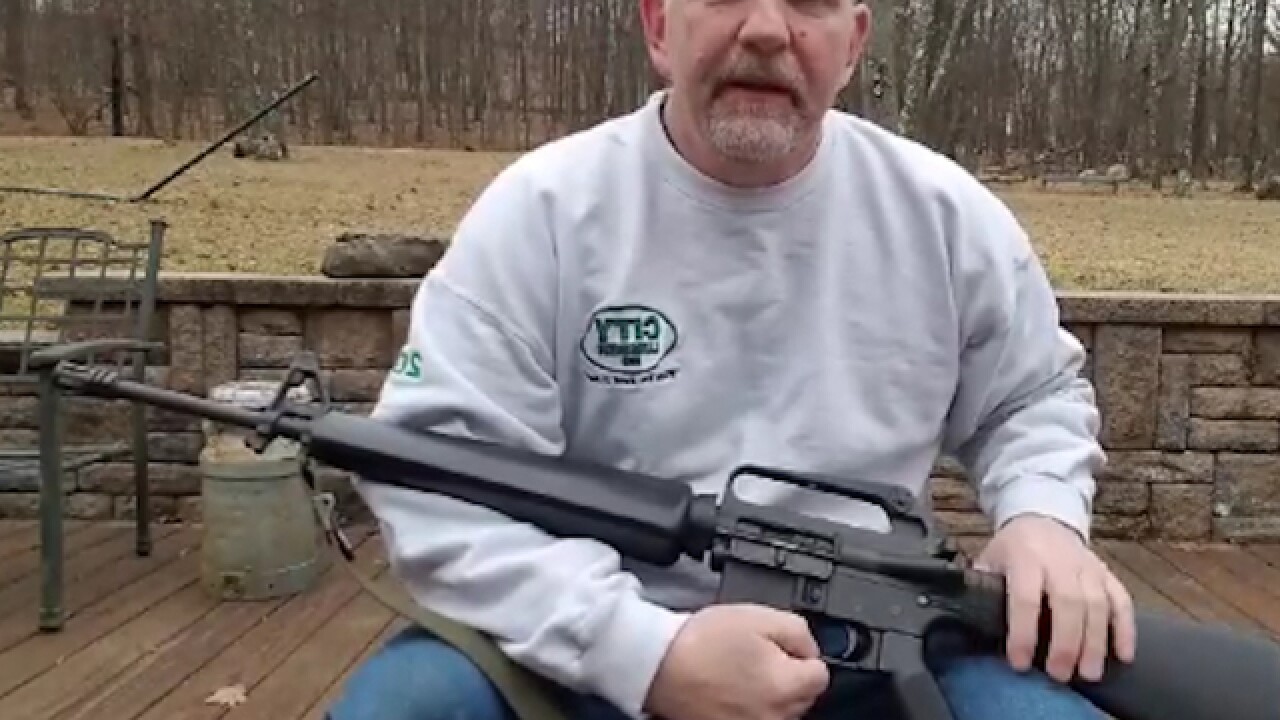 A gun owner posted a video to social media showing himself sawing an AR-15 rifle in half.

Scott Pappalardo says he is a proud gun owner, but after the mass shooting that killed 17 people at a Florida high school last week, Pappalardo said this is what he needs to do to contribute to keeping firearms out of the hands of criminals.

Watch the video to hear from him.

Pappalardo says he has owned the AR-15 for 30 years and admits it is because the weapon is fun to shoot.

"Is the right to own this weapon more important than someone's life?" he asks in the video.

Armalite rifles (AR) have been part of the following mass shootings: