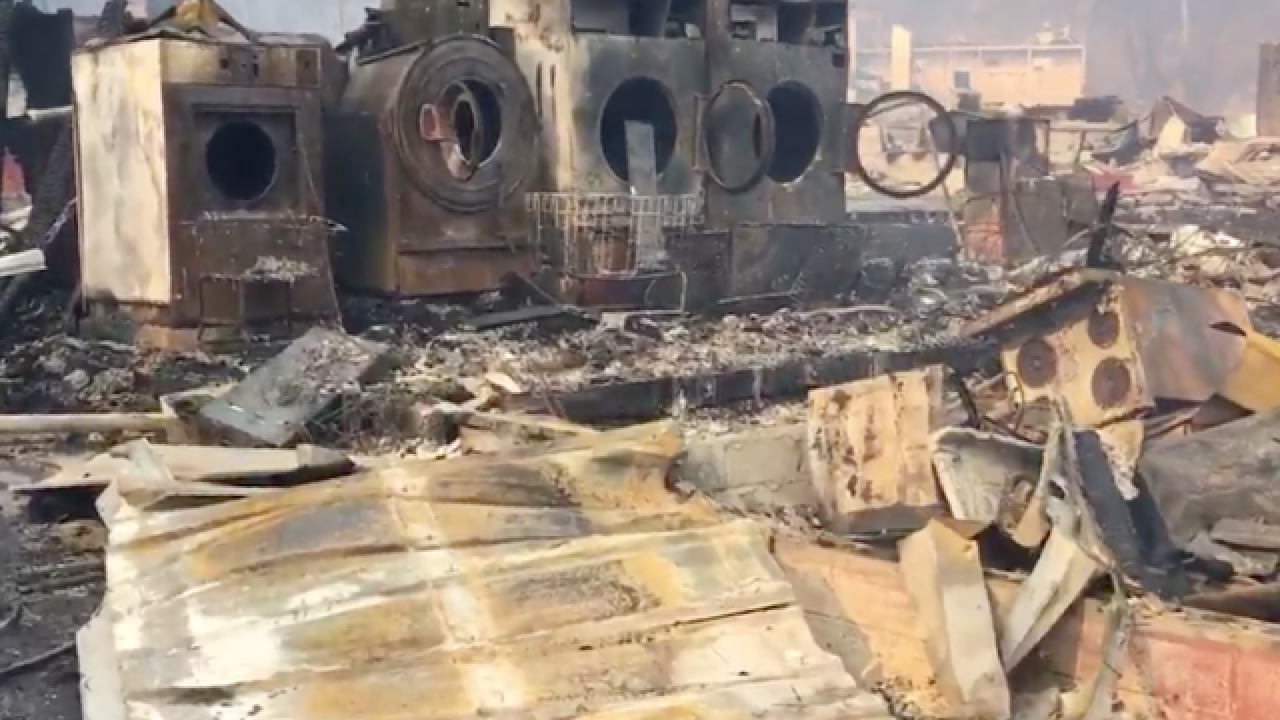 Following a major wildfire that swept through the popular tourist town of Gatlinburg, Tennessee Monday evening,  videos shot by Tennessee Department of Transportation spokesperson Mark Nagi gives a first look at the damage to the city.

One video shows heavy damage on a mountainous road that leads to the popular Ober Gatlinburg attraction.

Video: A look at the devastation on roadway up to Ober Gatlinburg. If you can, please give to the Red Cross or local support agencies. pic.twitter.com/3hvfpwzuWr

A separate video shows the downtown area of Gatlinburg seems to have avoided the worst of the damage, as most downtown buildings of Gatlinburg remain in tact. Some locations appeared to have minor wind damage, as top winds reached 70 MPH late Monday night.

The video also shows how deserted the town is following a mandatory evacuation. Only emergency personnel stayed behind as the wildfires raged around the city.

Video: Driving through downtown #Gatlinburg this morning was rather eerie... roadway closed due to area fires. pic.twitter.com/OKLTAFWL3x

According to local officials, 100 buildings were damaged or destroyed from the wildfire. Several popular resorts and hotels were among the structures burned.

While rain slowed the wildfire from spreading, much of Gatlinburg remains under evacuation orders. Rain is expected to move back into the area on Wednesday.