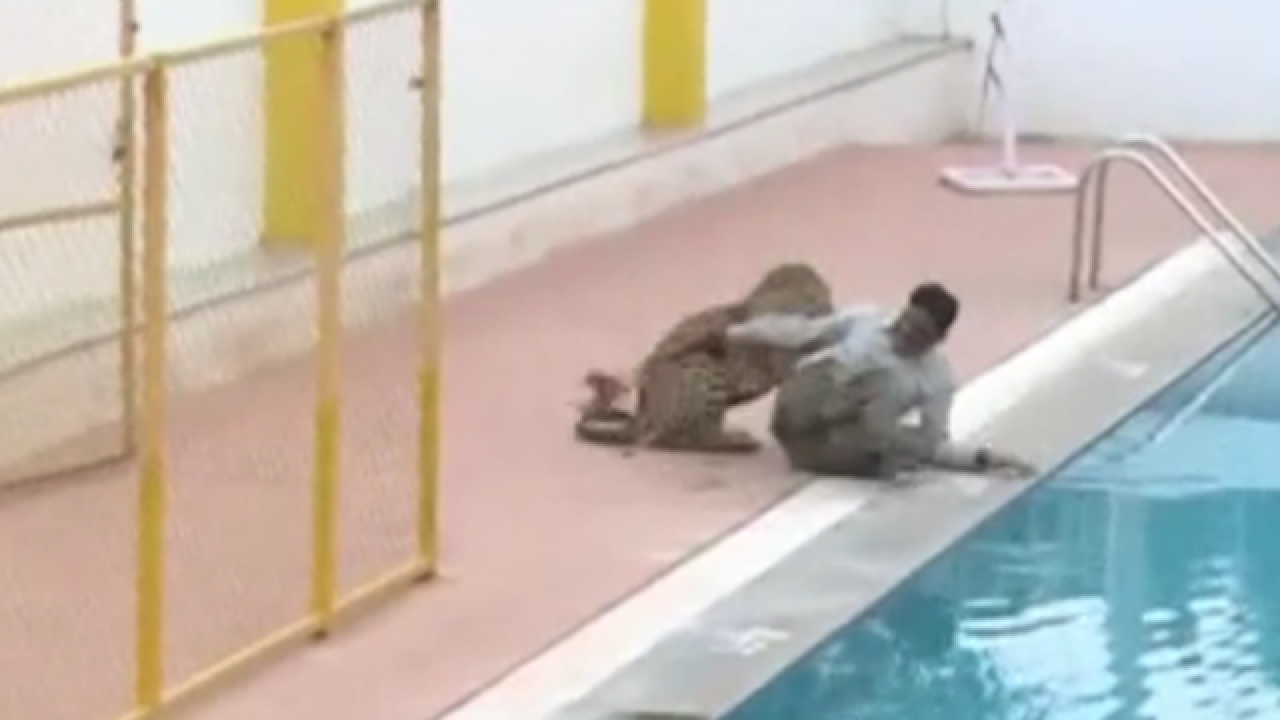 Talk about a rough day at school.

Six people were injured when a wild leopard wandered into a school building in Bangalore, India, on Sunday.

According to the BBC, it took nearly 10 hours to capture and remove the leopard from the Vibgyor International school.

The leopard was eventually tranquilized and released.

"It was a long struggle to capture the leopard. Although it was injected with tranquilizers it could be captured only around 20.15 local time when the medication took full effect," senior police official S. Boralingaiah told reporters.

A scientist, a forestry employee and a TV cameraperson were among those who were mauled by the animal. All were treated at local hospitals for minor injuries.

Officials think the leopard wandered onto the school’s campus from a nearby patch of forest. According to a report from last October, an estimated 12,000 to 14,000 leopards live in India.

According to The New Indian Express, a leopard had been reported in the area four years ago.