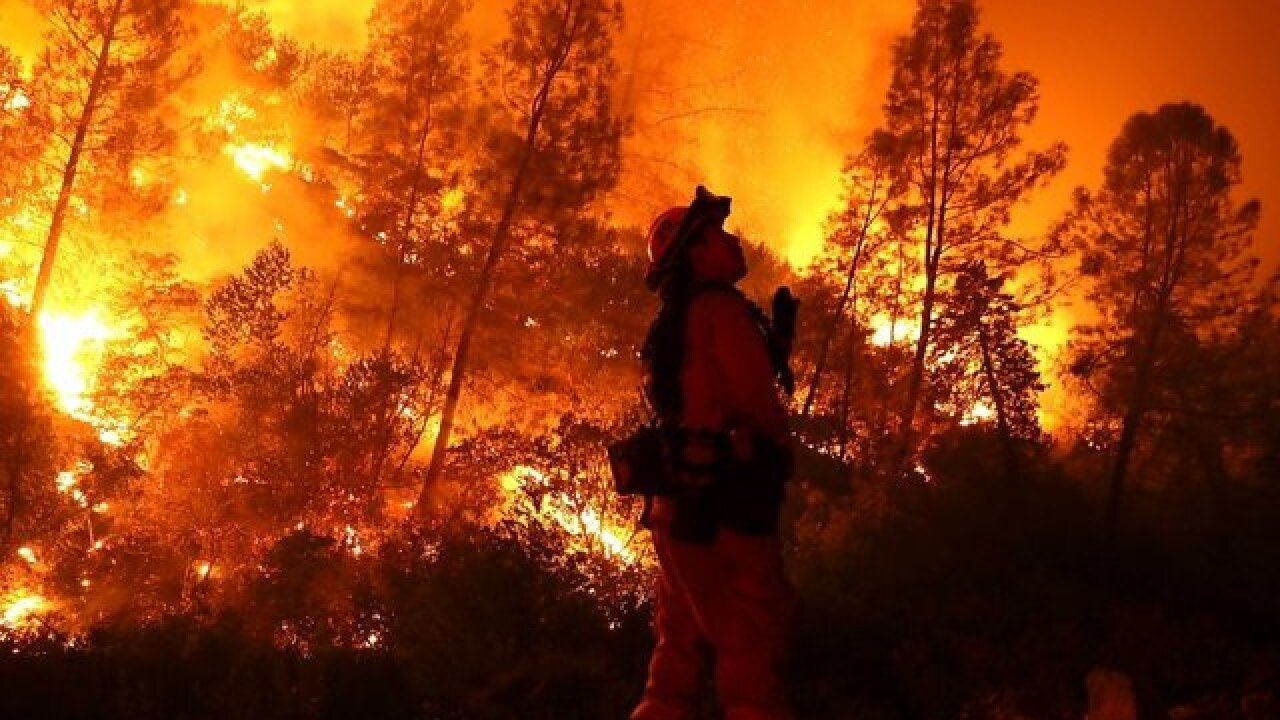 California fire officials released video on Wednesday of a July 26 incident where a fire of tornado the width of three football fields churned near Redding, killing a firefighter trying to evacuate residents in the path of the Carr Fire.

According to the Sacramento Bee, the fire tornado was the equivalent of an EF-3 tornado, with winds of nearly 165 MPH. Winds from an EF-3 tornado would be enough to level well-constructed buildings. Add on the fact that the temperature of the tornado was 2,700 degrees, and the danger firefighters faced was extreme.

Jeremy Stoke, 37, was killed by the massive fire tornado. Stoke was a fire inspector, who was in his pickup truck at the time of the incident.

According to the Bee, Stoke radioed a distress call as he was driving through the fire tornado. Overhead, helicopters attempted to dump water near Stoke's location. Stoke's exact location was unknown until the next day when his body was found by officials.

Three others were injured as part of the fire tornado.

The Carr Fire officially has killed three firefighters. The blaze, as of Thursday, is 71 percent contained after it already destroyed more than 1,000 residences, 22 commercial buildings and 500 other structures.