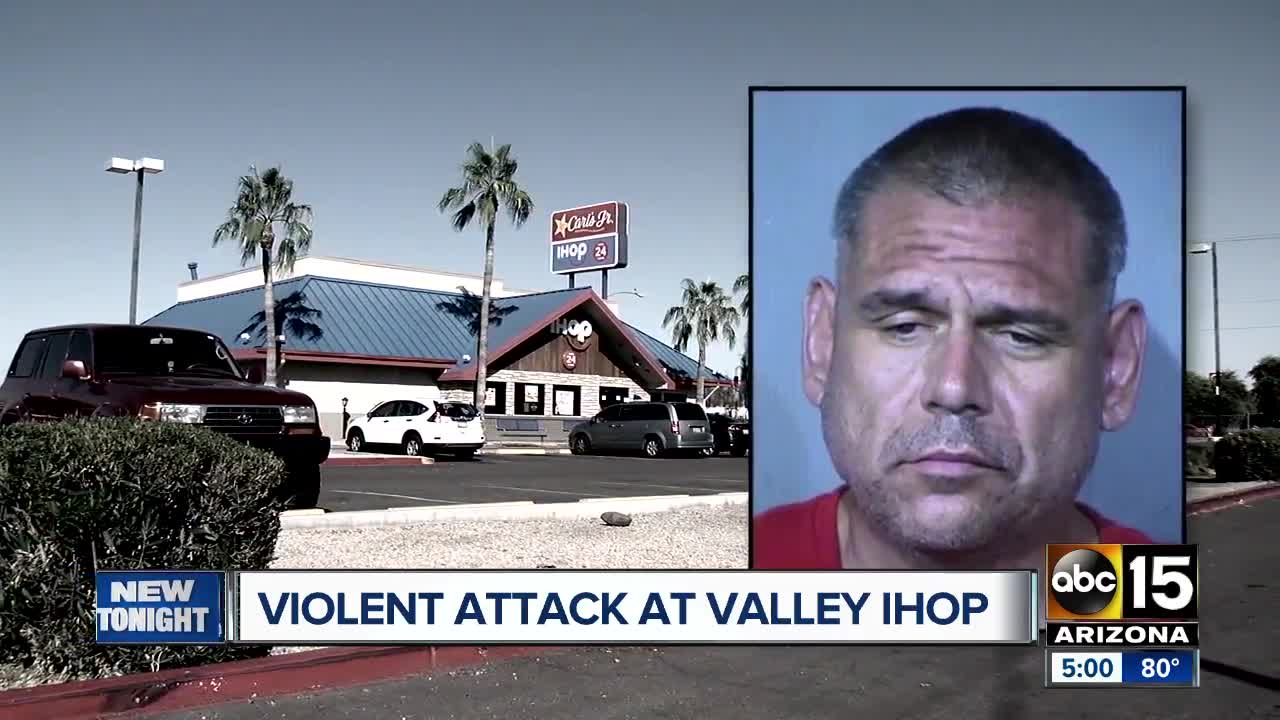 Video captures attack in September at the restaurant near 51st Avenue and McDowell Road. 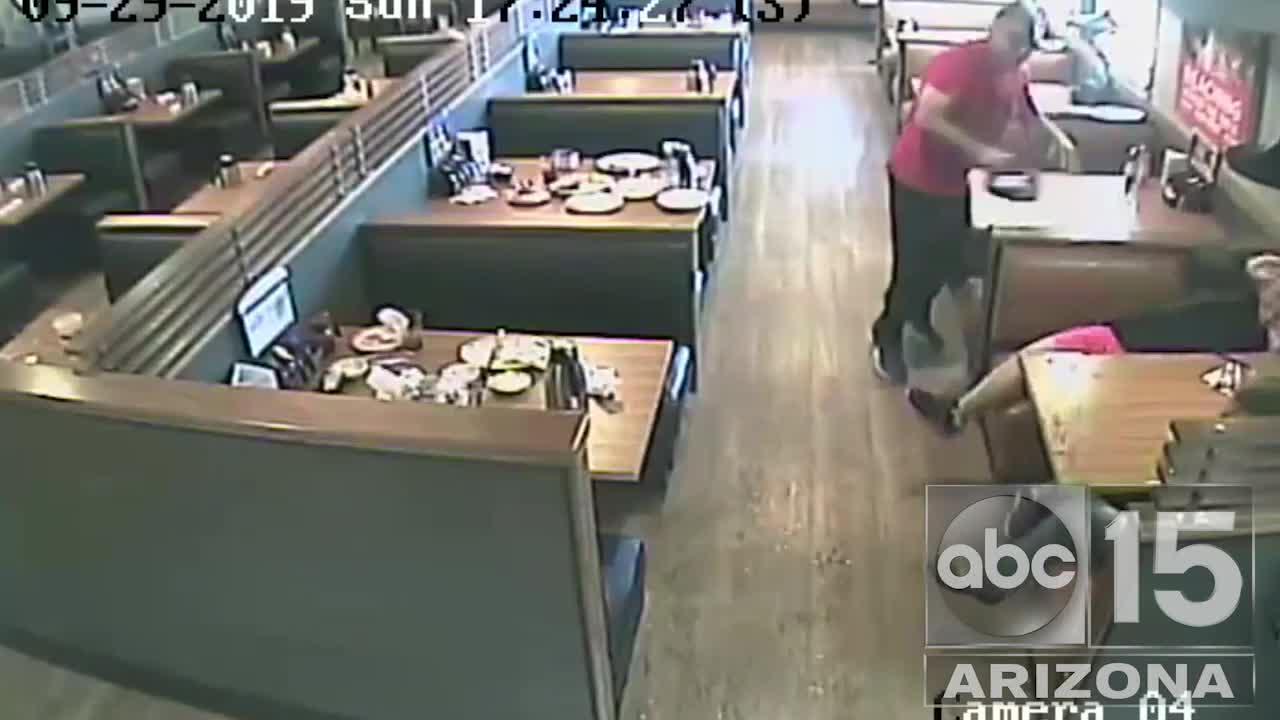 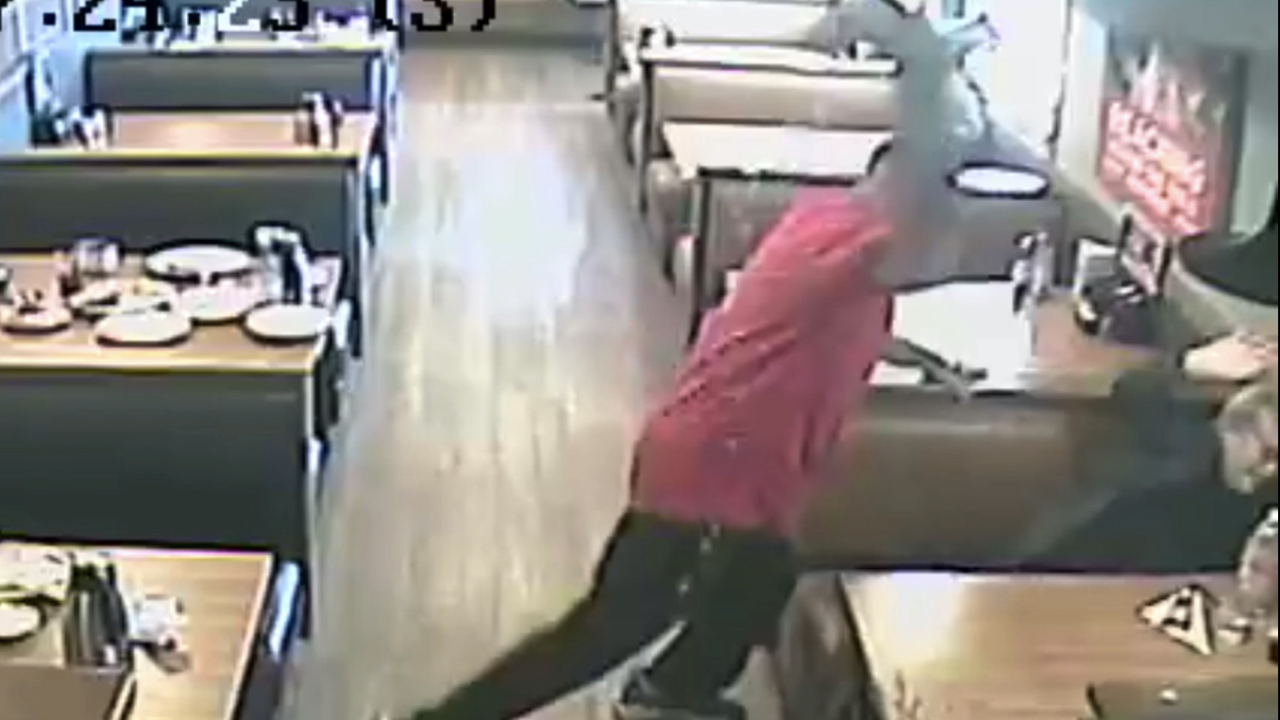 The attack happened in September at the restaurant near 51st Avenue and McDowell Road.

Video shows a man eating in a booth before getting up and attacking two women, hitting them several times with a coffee carafe. He then continues to throw plates and mugs at the victims.

Meanwhile, other restaurant patrons, including a family with a baby, run away from the area of the attack.

One of the women hides behind an employee in the kitchen as the suspect continues to go after the other visibly injured woman, who is seen trying to defend herself with items on the tables.

The suspect, Joe Ernest Meza, 47, was captured after police found him running through the restaurant parking lot. He reportedly stole credit cards and a passport from the victims.

Court records show that Meza has a lengthy criminal history, including arrests for criminal damage, assault, burglary and theft.

This story was originally published on KNXV.