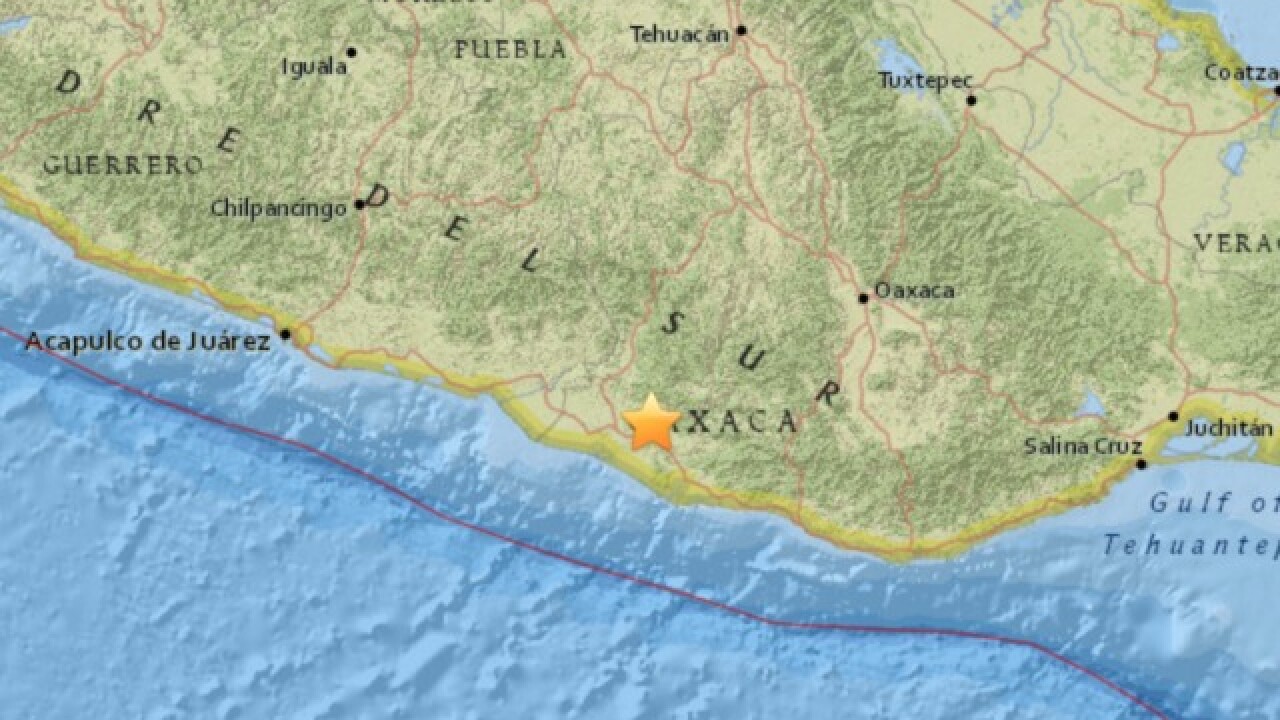 A magnitude 7.2 earthquake struck southeastern Mexico on Friday night, with the epicenter in the state of Oaxaca, the US Geological Survey reported.

An earthquake alert was issued in Mexico City, about 348 kilometers (216 miles) away from the center of the earthquake. Buildings were evacuated there, CNN's Leyla Santiago said, and video showed people streaming out of buildings and into the streets.

Emergency authorities in the State of Oaxaca reported "only material damage and no loss of human life" during the earthquake.

The USGS initially reported a magnitude of 7.5 but revised it downward.

Mexican President Enrique Peña Nieto tweeted that the earthquake was northeast of Pinotepa Nacional, in Oaxaca, and that "protocols have been activated."