Food stamp access to healthy foods could go up 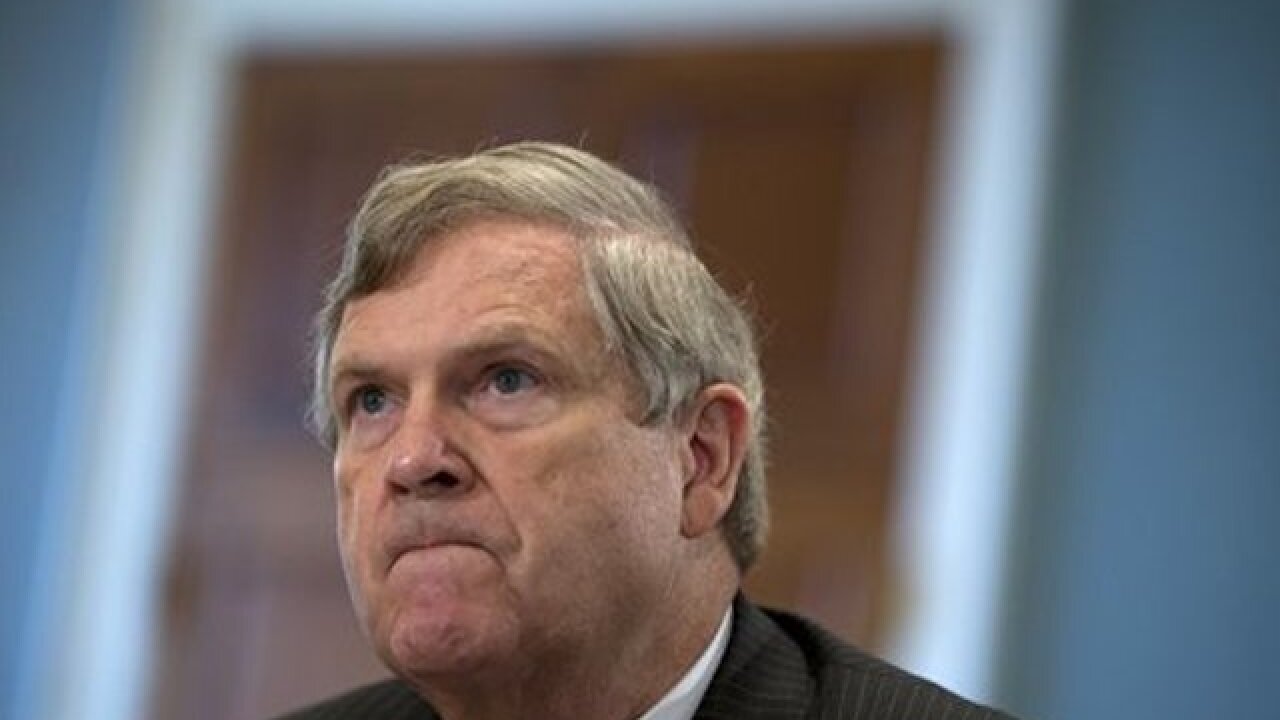 Copyright Associated Press
Carolyn Kaster
<p>In this Oct. 7, 2015 file photo, Agriculture Secretary Tom Vilsack, pauses as he testifies on Capitol Hill in Washington before the House Agriculture Committee hearing on the 2015 Dietary Guidelines for Americans. Retailers that accept food stamps would have to start stocking a wider variety of healthy foods or face the loss of consumers under proposed rules expected to be announced by the Agriculture Department on Tuesday. (AP Photo/Carolyn Kaster)</p>

WASHINGTON (AP) — Retailers that accept food stamps would have to start stocking a wider variety of healthy foods or face the loss of consumers under proposed rules expected to be announced by the Agriculture Department on Tuesday.

The proposed rules are designed to ensure that the more than 46 million Americans who use food stamps have better access to healthy foods although they don't dictate what people buy or eat. A person using food stamp dollars could still purchase as much junk food as they wanted, but they would at least have more options in the store to buy fruits, vegetables, dairy, meats and bread.

In 2014, Congress required the Agriculture Department to develop regulations to make sure that stores that accept food stamp dollars, now called the Supplemental Nutrition Assistance Program, or SNAP, stock a wider array of healthy food choices.

Under current rules, SNAP retailers must stock at least three varieties of foods in each of four food groups: fruits and vegetables, dairy, breads and cereals, and meats, poultry and fish. The new rules would require the retailers to stock seven varieties in each food group, and at least three of the food groups would have to include perishable items. In all, the rules would require stores to stock at least 168 items that USDA considers healthy.

The proposal would also require that retailers have enough in stock of each item so that the foods would be continuously available.

The rules could mean that fewer convenience stores qualify to be SNAP retailers. The convenience store industry has argued that it often operates the only stores that serve certain neighborhoods and at certain times, like overnight. Kevin Concannon, USDA undersecretary for food, nutrition and consumer services, said the department would try to ensure that the rules don't affect SNAP recipients' access to food retailers, and the department may consider waiving the proposed requirements in some areas.

The rules come as a key House Republican is pushing for drug tests for food stamp recipients and new cuts to the program. Alabama Rep. Robert Aderholt, the chairman of the subcommittee that oversees USDA spending, introduced a bill last Thursday that would allow states to require drug testing. The move is designed to help states like Wisconsin, where Gov. Scott Walker has sued the federal government, to permit screening.

USDA has pushed back on such efforts, as it did when Republicans unsuccessfully attempted to cut 5 percent from the program during negotiations over the 2014 farm bill. The push comes as SNAP use has skyrocketed — the program served more than 46 million Americans and cost $74 billion last year. That's twice the program's 2008 cost.

"While I have not seen Rep. Aderholt's proposed legislation, I have serious concerns about an approach that could deprive a family of access to food and basic necessities simply because a member of the family is struggling with addiction," Vilsack said after Aderholt introduced the bill.