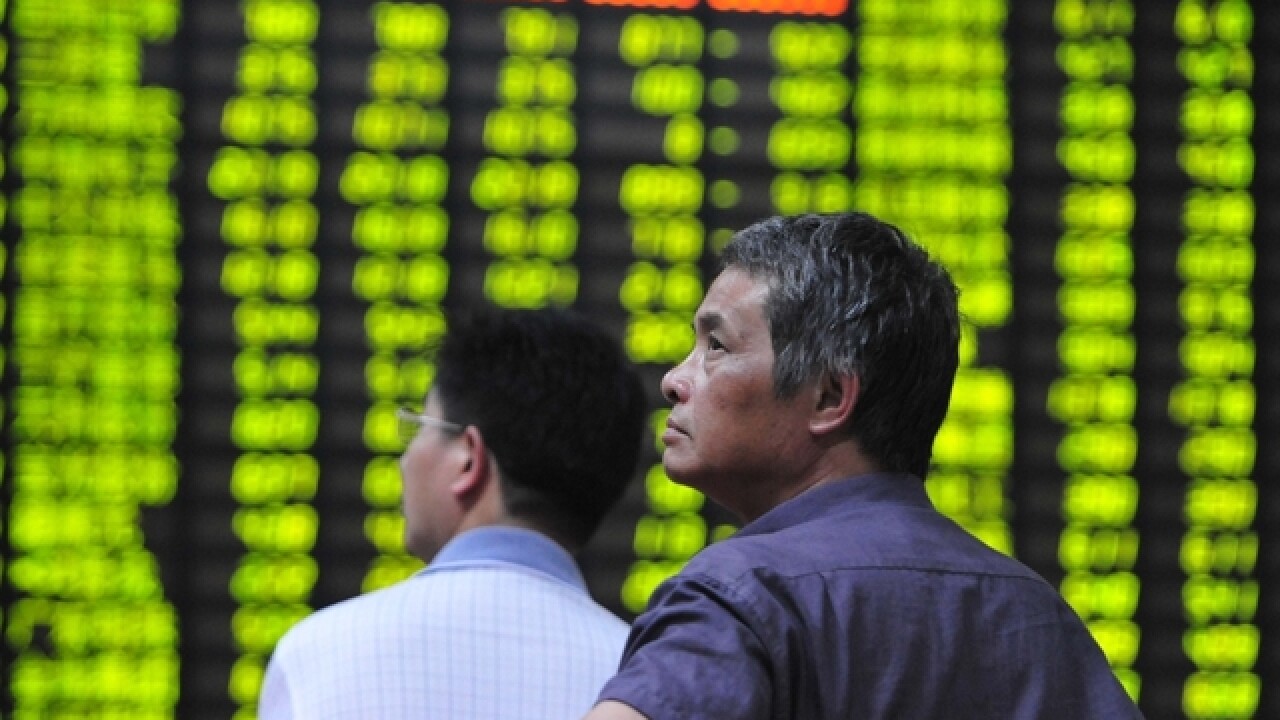 NEW YORK (AP) — Stocks staged a rapid comeback in late-afternoon trading to close solidly higher Wednesday, helped by a surge in the price of oil and a decline in the U.S. dollar.

Chipotle Mexican Grill fell as the company said a federal investigation into its E. coli outbreak had widened, and Yahoo sank as the troubled Internet company announced layoffs and plans to sell businesses.

It was a day of major swings. The Dow had been down nearly 200 points earlier. Major industries that were deep in the red, like energy and financials, were able to recover almost all the ground they lost. In the red most of the day, energy stocks ended up nearly 4 percent.

The gains can be largely attributed to a decline in the value of dollar against the major other currencies. The U.S. dollar index, which tracks the dollar against other major currencies, fell 1.7 percent, a large move for the foreign exchange market. Nearly all that decline happened in the last two hours of trading.

Many U.S. companies have been complaining that the appreciation of the dollar was eroding their earnings by making U.S. exports less profitable.

A weaker dollar also tends to send commodity prices higher. That was a relief to investors as well since a plunge in the price of crude oil has been decimating profits at energy companies.

"An unusually weak U.S. dollar provided a key impetus to today's rally," Jim Ritterbusch, an oil analyst with Ritterbusch and Associates, wrote in a note to investors.

Despite the gains on Wednesday, investors remain skeptical of this market. They are still putting money into traditional safe-havens: stocks that pay high dividends, U.S. government bonds, and precious metals.

The Dow Jones utility index, a basket of 15 utility companies, rose 1.3 percent. That index is up more than 8 percent this year. Utilities and other companies that pay large dividends are popular at times of uncertainty because they provide a regular return and are large, mature businesses that tend to stand up well during economic downturns.

Some traders are taking that a step further.

"I've been telling clients to be in all cash," said Ian Winer, co-head of equities trading at Wedbush Securities. "There's too much credit risk out there, S&P 500 earnings could be down this year and it seems an increasing possibility that the U.S. could be in a recession in 2017."

In other company news, Yahoo slumped $1.38, or 4.7 percent, to $27.68 after the company announced late Tuesday it would cut 1,700 jobs and sell some of the company's struggling businesses.

Chipotle fell $13.90, or 3 percent, to $461.74 after the company said the E. coli outbreak at its stores hurt sales more than anticipated. Chipotle also disclosed it was now under investigation by Federal regulators over the outbreak.