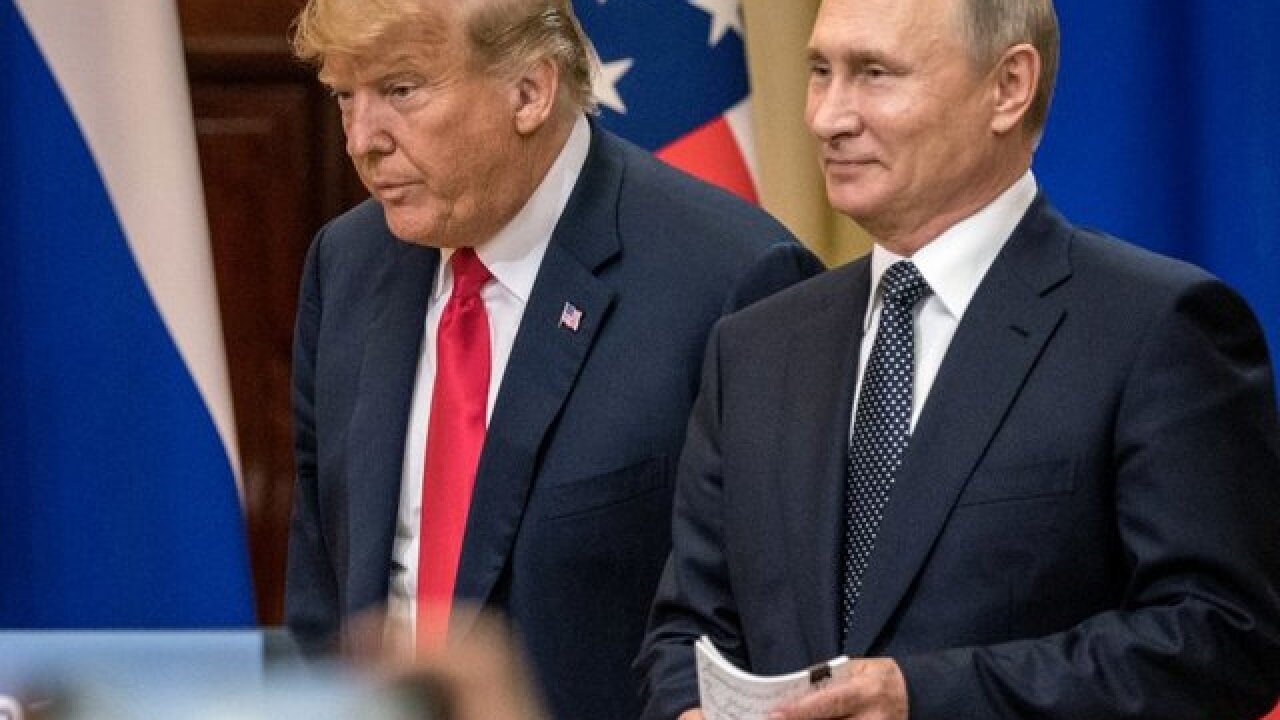 Russia announced it was ready to pursue agreements reached by Presidents Vladimir Putin and Donald Trump "in the sphere of international security," though the White House and Pentagon would not confirm any agreements had been made or offer any details.

Trump and Putin met for about two hours during their summit in Helsinki with only translators present. It is still not clear what the two men discussed or agreed to during their meeting.

"The Ministry of Defense of the Russian Federation is ready for practical implementation of the agreements reached between Russian President Vladimir Putin and US President Donald Trump in the sphere of international security achieved at the Helsinki summit," Maj. Gen. Igor Konashenkov, a Russian military spokesman, said in a statement Tuesday.

The Russian military "is ready to intensify contacts with the US colleagues in the General Staff and other available channels to discuss the extension of the START treaty, cooperation in Syria, as well as other issues of ensuring military security," Konashenkov said.

The National Security Council would not confirm what Trump had agreed to in the one-on-one with Putin. A spokesman for the NSC told CNN on Tuesday that they were still "reviewing the discussion."

"The Helsinki summit was the beginning of a process between the United States and Russia to reduce tensions and advance areas of cooperation in our mutual interest," the spokesman said. "We are reviewing the discussion between President Trump and President Putin, considering possible next steps, and have nothing further to announce at this time."

Trump's Helsinki press conference with Putin, and his endorsement of the Russian President over his intelligence services has fed outrage and concern about Trump's motivations, as well as what transpired during the closed-door session. Those concerns are now yielding calls in Congress for Trump's translator to appear before lawmakers.

"Yesterday, President Trump handed global leadership and stature —free of charge— to Vladimir Putin, a man who has spent his entire life working against the interests of the United States and who brutally suppresses and murders his own citizens," said Shaheen said in a statement.

"I believe the Senate Foreign Relations Committee should hold a hearing with the American interpreter who was present during President Trump and President Putin's private meeting to determine what was specifically discussed and agreed to on the United States' behalf," Shaheen said.

In an effort to clarify his comments about Russian election interference and US intelligence agencies, Trump gave a statement to cameras from the White House Tuesday in which he outlined in general terms some of his discussion with Putin.

The two men discussed "the range of issues," Trump said, "starting with the civil war in Syria and the need for humanitarian aid and help for people in Syria."

They also discussed the need to halt Iran's nuclear ambitions "and the destabilizing activities taking place in Iran," as well as Israel's security, North Korea and "the reduction of nuclear weapons throughout the world," Trump said.

He did not mention making any formal agreement with the Russian leader on military cooperation or anything else.