US, Goldman Sachs, reach $5B settlement 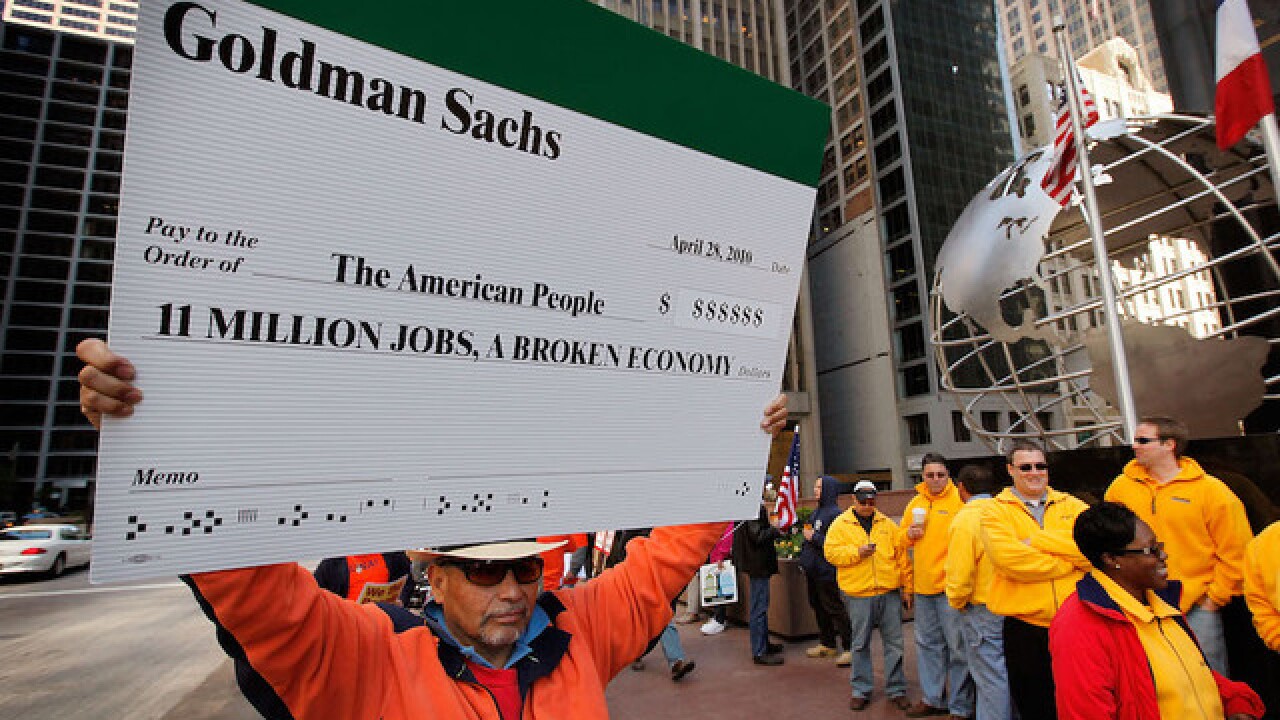 WASHINGTON (AP) — The Justice Department announced a $5 billion settlement with Goldman Sachs over the sale of mortgage-backed securities leading up to the 2008 financial crisis.

The deal announced Monday resolves state and federal probes into the sale of shoddy mortgages before the housing bubble and economic meltdown.

It requires the bank to pay a $2.4 billion civil penalty and an additional $1.8 billion in relief to underwater homeowners and distressed borrowers, along with $875 million in other claims.

The agreement is the latest multi-billion-dollar civil settlement reached with a major bank. Other banks that settled in the last two years include Bank of America, Citigroup and JPMorgan Chase & Co.

Goldman had previously disclosed the settlement in January, but federal officials laid out additional allegations in a statement of facts.