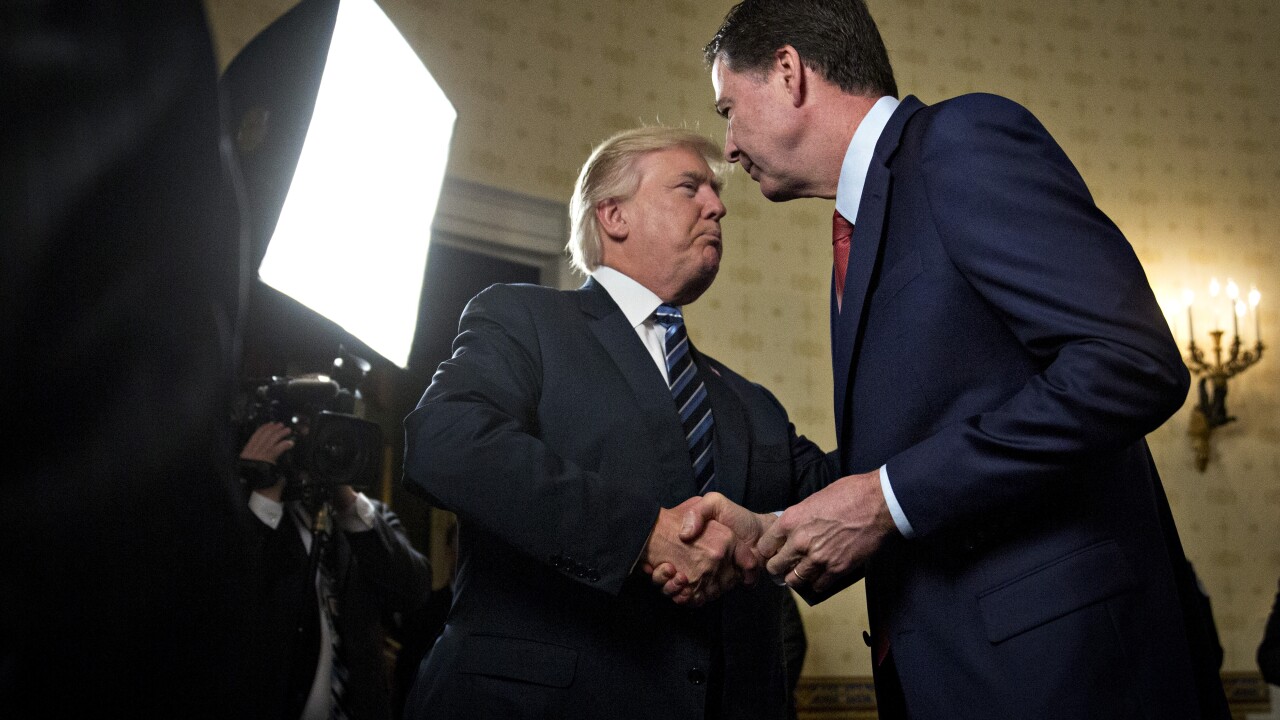 Documents unsealed this week lend credence to a theory about Russian election meddling that was first put forward in the Trump-Russia dossier, however they do not corroborate the more explosive claims that the Trump campaign colluded with the Kremlin in the 2016 campaign.

A report from a retired agent who worked for the FBI's cyber division, submitted as expert testimony in a civil lawsuit, presented new evidence about how Russian intelligence might have exploited a private web hosting company when it fooled top Democratic targets into giving up their passwords. The fruits of those hacks formed the basis of the WikiLeaks email dumps that roiled the race.

The controversial dossier had accused Russian hackers of using those companies, Webzilla and its parent company XBT, as part of their scheme to meddle in the presidential election. The memos, written by a retired British spy, Christopher Steele, also claimed that Russian entrepreneur Aleksej Gubarev assisted the cyberattacks "under duress" from Russian intelligence.

Gubarev vehemently denied those allegations and sued BuzzFeed for defamation after it published the dossier. That prompted BuzzFeed to commission the expert witness report from FTI Consulting's Anthony Ferrante, who is also a CNN contributor. A federal judge dismissed the lawsuit in December, and ordered that dozens of documents be released to the public this week. The judge ruled on First Amendment grounds and did not assess the hacking-related allegations.

The effort by BuzzFeed to prove an aspect of the dossier to defend itself in court sheds new light on the accuracy of Steele's finds on the nature of Russia's attempts to meddle in the 2016 election. The report was funded by Democrats seeking to uncover information about then-Republican candidate Donald Trump.

Details of the report

The FTI report concluded that one of the hyperlinks the Russians designed to trick Hillary Clinton's campaign chairman John Podesta into giving up his email password was created on an internet protocol address owned by Root S.A., an XBT subsidiary.

In his deposition, retired FBI cyber official Ferrante admitted the evidence didn't conclusively show XBT was aware of the Russian campaign against Democrats.

"I will further state that other than the fact that XBT employees did little to nothing to detect, stop and prevent the significant malicious activity, I have no evidence of them actually sitting behind a keyboard," he said.

Gubarev's team argued that an internet hosting company couldn't be held responsible for the activities of people who use its services.

A rebuttal on Gubarev's behalf, filed by a former CIA cybersecurity expert, Eric Cole, stressed that he and his staff were frequently unaware of the specific activity conducted on its servers.

"XBT/Webzilla is not responsible for every bit of data that a bad actor passes over its infrastructure any more than a post office is responsible for the actions of the Unabomber," Cole wrote.

"Special Counsel Robert Mueller indicted the 12 Russians responsible for the hacking. Those are the folks responsible, not us," Evan Fray-Witzer, an attorney for Gubarev, told CNN. The 11-count indictment against those hackers, which was filed in July 2018, did not mention Webzilla or XBT.

BuzzFeed News characterized the report as vindication of its decision to publish the Trump-Russia dossier. "We knew already that publishing the dossier was in the public interest," spokesperson Matt Mittenthal told CNN. "Now, because BuzzFeed News published the dossier, we're learning more about the facts of foreign influence in the 2016 presidential election."

Gubarev sued BuzzFeed in 2017 and sought damages for defamation. As part of the legal process, some of the key players in the dossier saga were deposed, including Steele.

The court unsealed one page of that deposition, which happened last year in London. Steele testified that he tried to verify the allegations against Gubarev by doing, among other things, an "open source search," which would likely include scouring news clippings and public records.

Steele has years of experience as a British spy in Moscow and has been a trusted source for the FBI. Allies of Democratic nominee Clinton funded Steele's investigation in 2016. But he was so concerned by his findings that he shared his memo with senior US and UK officials.

In her decision to throw out the case, the judge confirmed that BuzzFeed got the dossier from an associate of Republican Sen. John McCain in December 2016, weeks after the election.

The memos were circulating in Washington, and CNN soon broke the story that senior US intelligence officials had briefed President-elect Trump and President Barack Obama about some of the unverified allegations. Hours later, BuzzFeed published the complete dossier online.

The most salacious allegations in the dossier remain unverified to this day. But the claims that form the bulk of the memos have held up over time , or at least proved to be partially true.

This notably includes Steele's claim that Russian President Vladimir Putin oversaw an effort to interfere in the 2016 election. It also includes allegations of secret contacts between Trump's team and the Russians during the campaign. Steele gathered this stunning information months before the Russian meddling campaign was publicly confirmed by US intelligence agencies and in court filings from special counsel Robert Mueller.